Police have been out in force on the island’s streets after demonstrations in several cities and towns.

The protests are some of the biggest displays of anti-government sentiment seen in recent years and come as the country faces a surge in coronavirus cases and an economic crisis. 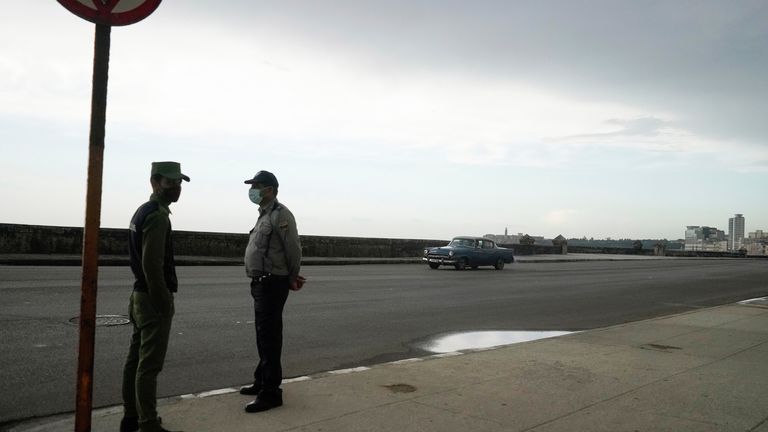 Authorities have appeared determined to put a stop to the demonstrations. More than a 100 protesters were detained, including a leading Cuban dissident who was arrested trying to attend a march in the city of Santiago.

“We’ve seen how the campaign against Cuba was growing on social media in the past few weeks,” President Miguel Díaz-Canel said on Monday in a nationally televised appearance in which his entire cabinet was present.

Authorities blocked social media sites in an apparent effort to stop the flow of information into, out of and within the beleaguered nation.

Demonstrations are extremely unusual on an island where little dissent against the government is tolerated.

The last major public demonstration of discontent, over economic hardship, took place nearly 30 years ago in 1994.

Last year, there were small demonstrations by artists and other groups, but nothing as big or widespread as what erupted this past weekend. 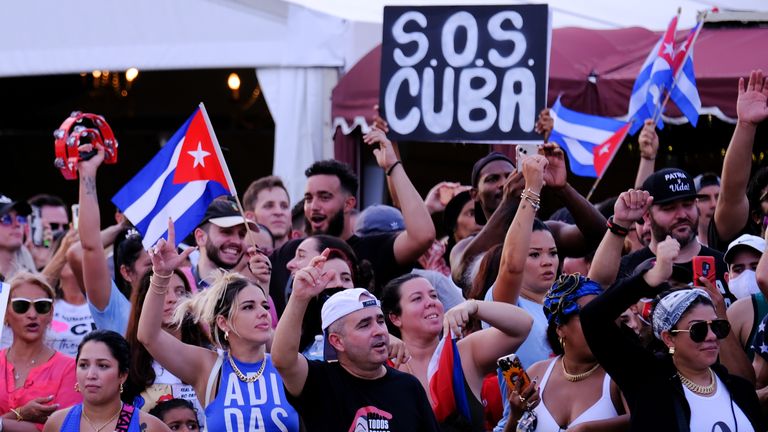 In the Havana protest on Sunday, police initially trailed behind as protesters chanted “Freedom!”, “Enough!” and “Unite!

“It’s becoming impossible to live here,” said Havana resident Maykel, 21, who declined to give his surname for fear
of retaliation.

“I don’t know if this can happen again, because at the moment, Havana is militarised.”

“Still, Cubans are losing their fear,” he said.

In a statement on Monday, US President Joe Biden said Cuban protesters were asserting their basic rights.

“We stand with the Cuban people and their clarion call for freedom and relief from the tragic grip of the pandemic and from the decades of repression and economic suffering to which they have been subjected by Cuba’s authoritarian regime,” Mr Biden said.

The US urges the Cuban government to serve their people ”rather than enriching themselves’,’ Mr Biden added.