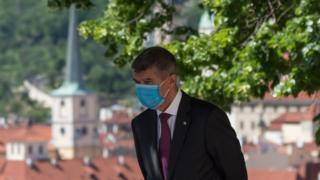 Two Russian diplomats are being expelled by the Czech government amid a hoax poison plot against three Prague politicians.

The government in Prague says infighting between Russian embassy staff resulted in one of them sending details of the fictitious plot to Czech intelligence.

In response, the three mayors were initially given police protection.

Russia condemned the expulsions as an “unfriendly act”.

Was there a plot?

Details of an apparent plot first emerged in Czech weekly, Respekt, which reported that a Russian agent had travelled to Prague with a suitcase containing the highly potent toxin, ricin.

It claimed the poison might be used to target Czech politicians who had angered Russia. At the time Russia condemned the reports as “misinformation” and “sick fantasies”.

Czech TV then named the man involved as Andrei Konchakov, head of the Russian Centre for Science and Culture in Prague, and he rubbished the story saying he had merely brought “disinfectant and sweets” in his suitcase.

According to unconfirmed reports, Mr Konchakov is one of the two diplomats ordered to leave.

The reports were taken seriously enough to send Ondrej Kolar, mayor of Prague’s sixth district, into hiding. He had ordered the removal of a statue of Soviet Marshal Ivan Konev in Prague, angering Russia.

Prague Mayor Zdenek Hrib had also annoyed Moscow by renaming a square next to the Russian embassy after murdered Russia opposition politician Boris Nemtsov. Another mayor had backed a memorial to the anti-Soviet “Russian Liberation Army”. 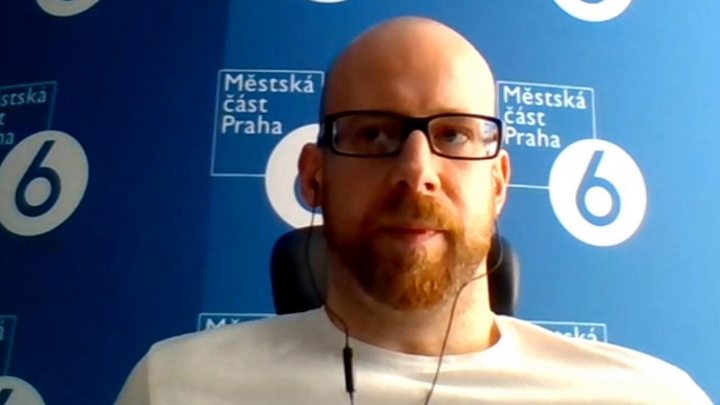 What has the Czech PM said?

Andrej Babis told reporters the plot was undoubtedly a hoax.

“The whole case arose as a result of an internal struggle between employees of the Russian embassy in Prague, when one of them sent deliberately made-up information to the Security Information Service (BIS) about a planned attack against Czech politicians,” he said.

Two diplomats had been declared persona non grata and were being ordered to leave, he added. The “fabricated report” had placed further strain on the BIS, harmed relations with Russia and tarnished Russia’s image in the Czech Republic.

An indication of just how far relations have soured came from Foreign Minister Tomas Petricek, who said they had tried to resolve the spat diplomatically but Russia’s approach had made that impossible.

Russia’s embassy in Prague condemned the expulsions as a “fabricated provocation” and said it was based “since the start on unfounded media allegations”.

The embassy accused Prague of having no interest in “normalising Russian-Czech relations, which have deteriorated lately and this has not been our fault”.