MOGADISHU (Reuters) – At least 16 people were killed in an attack on Sunday by the Islamist group al Shabaab on a seaside hotel in Somalia’s capital Mogadishu, according to government spokesman Ismail Mukhtar Omar. 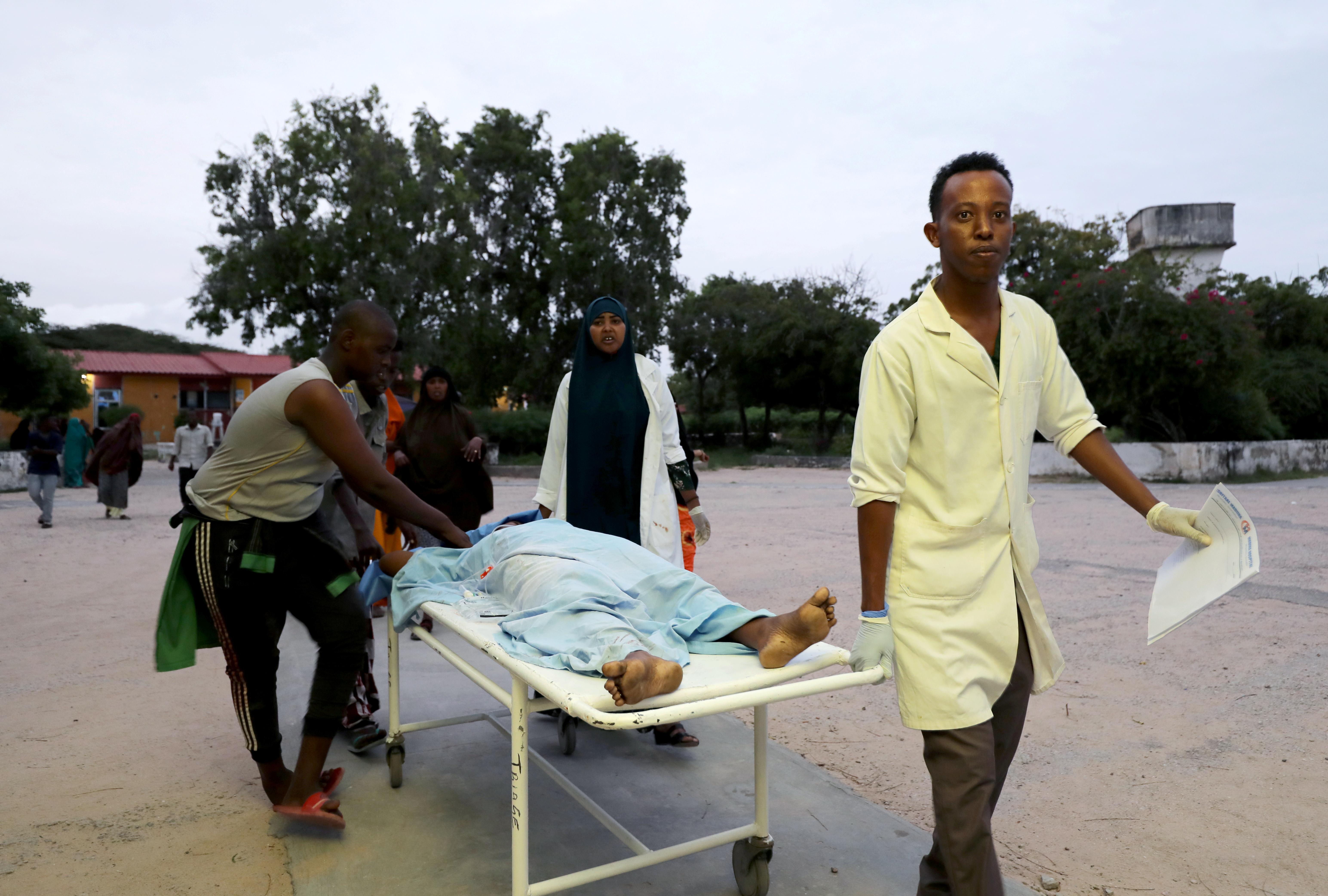 The toll includes 11 victims and five assailants, Omar said in a Tweet late on Sunday.

Militants stormed the high-end Elite Hotel in Lido beach, detonated a car bomb and then opened fire with assault rifles, the latest attack by al Shabaab, which has been battling the country’s central government since 2008.

The hotel is owned by Abdullahi Mohamed Nor, a lawmaker and former finance minister, and is frequented by government officials and members of the Somali diaspora.

Dr Abdikadir Abdirahman, director of AAMIN ambulance services, told Reuters on Monday they had transported to hospitals at least 43 people injured in the attack.

Al Shabaab wants to topple the central government and establish its own rule based on its own strict interpretation of Islamic sharia law.

Over the years the group has waged its war through bombings and gun assaults both on military and civilian targets like hotels and busy intersections in Mogadishu and across Somalia.

Al Shabaab has also carried out attacks in neighbouring Kenya and Uganda as revenge for their military deployments in Somalia as part of a regional peace keeping mission.

Somalia has been embroiled in violence since 1991, when clan warlords overthrew leader Mohamed Siad Barre and then turned on each other.