The Californian area, which is renowned for experiencing extreme weather, recorded a temperature of 54.4C (129.9F) on Sunday afternoon, a feat researchers say is the hottest August day in the US. Historians argue that the hottest ever temperature recorded came on July 10, 1913, when the heat reached 56.7C (134F) in Greenland Ranch, but some claim that this reading was inaccurate and believe this weekend’s reading from Death Valley is the hottest day we’ve ever seen. The region has continually baffled scientists and previously researchers were shocked after finding some of the earliest examples of rocks that “move on their own” in Death Valley.

The stones are reportedly 200 million years old and appear to have moved across deserts, leaving huge weaving tracks that were created without the aid of humans or animals.

Death Valley’s dry lake of Racetrack Playa is home to them, but scientists are still split on how these incredible tracks were generated.

Initially, it was argued that they were made due to ice and wind causing the rocks to move, but in a major breakthrough in 2019, experts believe that they spotted a dinosaur footprint inside one of the tracks which could provide insight into how they were formed.

Paul Olsen, a palaeontologist at Columbia University, was part of a team which analysed the long tracks, and claimed the previously unseen footprint was now visible. 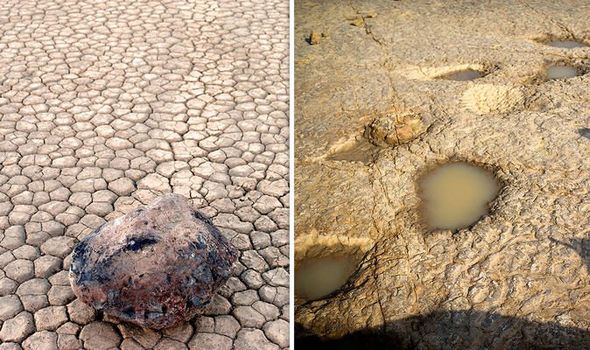 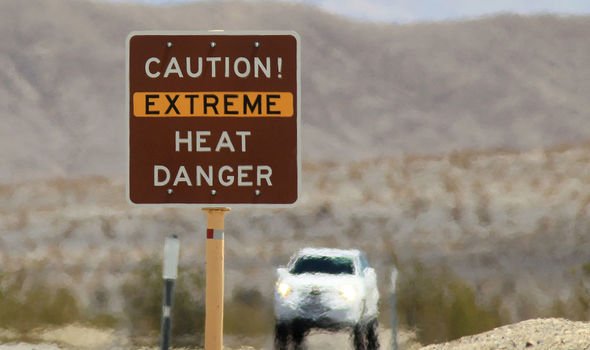 The long tracks have been visible since 1896, and researchers are now considering how the “sailing stones” moved within the dinosaur footprint.

They say that their finding could give evidence that there was a brief freezing period during the early Jurassic period.

If proved correct, the theory would support speculation that the stones moved when ice is formed after the area gets flooded.

After the water freezes, experts believe that the stones sail across the ice as it melts away, which produces the long tracks in the mud, which remain after the water has evaporated away. 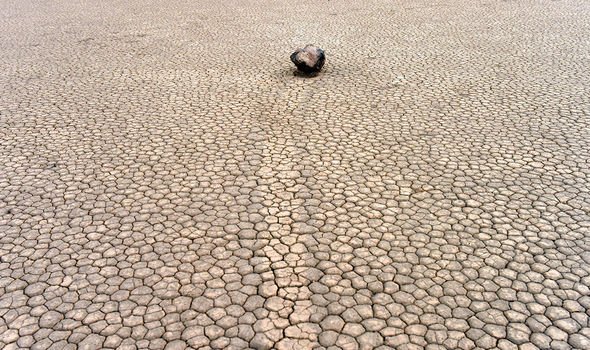 They are then thought to sail across the ice as it melts, creating a track in the mud that hardens and remains when the water evaporates.

Mr Olsen said: “This may be evidence of the cooling caused by the volcanic winter.”

His team’s research was presented at the 2019 Fall Meeting of the American Geophysical Union.

If the experts’ theory is proved correct, they may have stumbled upon evidence of either a freak weather event from millions of years ago, or evidence of bizarre climate change. 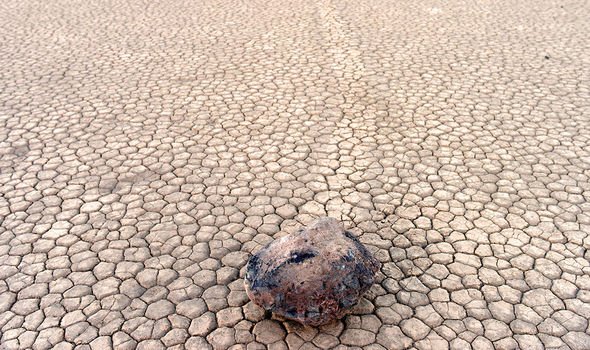 As well as the breathtaking “sailing stone” tracks, Death Valley is often regarded as the one of the hottest places on Earth, along with deserts in the Middle East and the Sahara.

The temperature it recorded on Sunday sparked a frenzy among experts, with many believing it was the hottest ever recorded.

“The extreme nature of the surrounding weather pattern makes such a reading plausible, so the case deserves a solid review.

“There are nagging questions about the validity of even hotter reports from Death Valley in 1913 and Tunisia in 1931.

“What we can say with high confidence is that, if confirmed, this is the highest temperature observed on Earth in almost a century.”