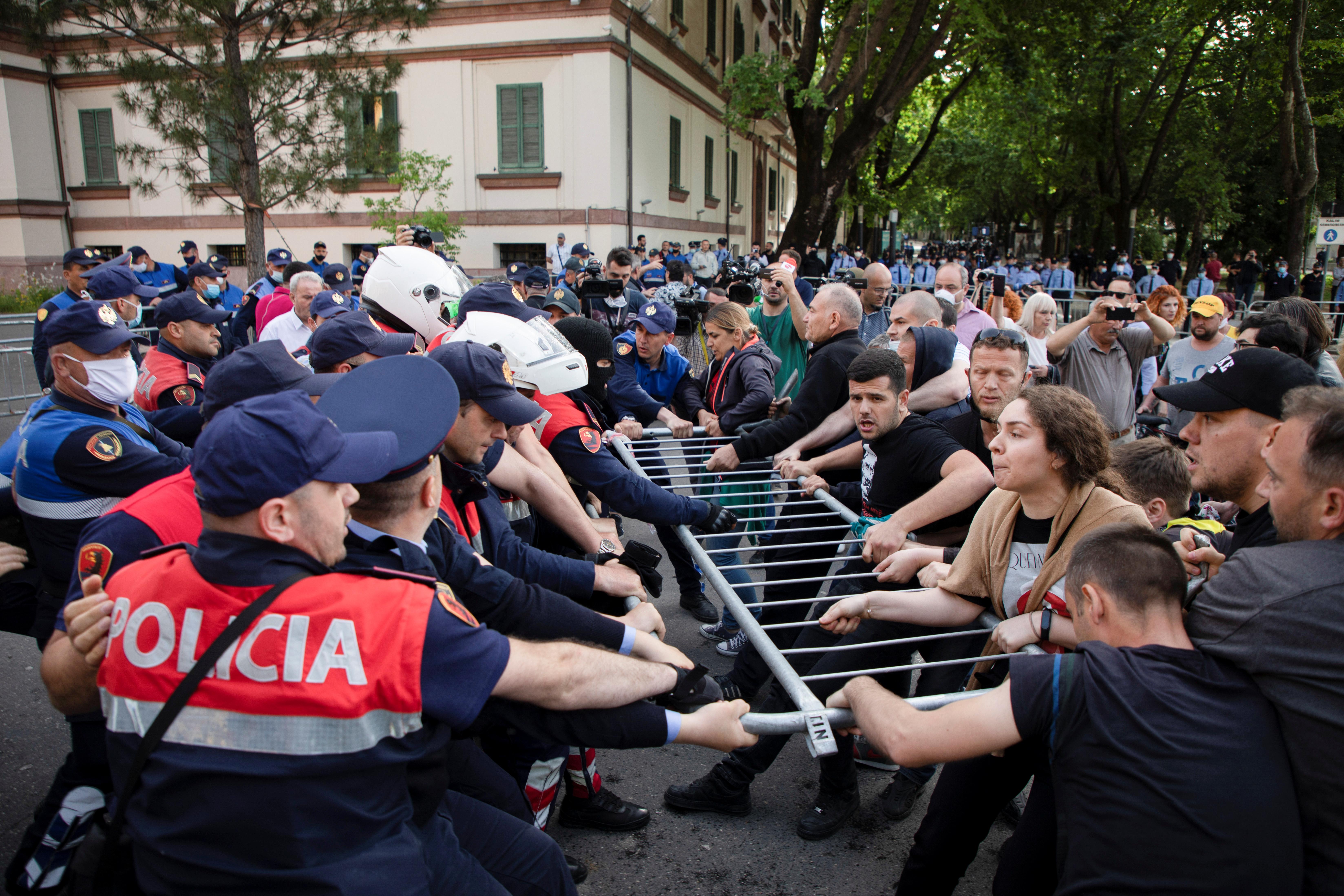 For more than two years actors, activists and the opposition have contested plans by Socialist Prime Minister Edi Rama to build a new theatre, saying the existing building was part of the country’s heritage, and accused him of corrupt practices.

A large police force showed up before dawn and removed members of the Alliance to Protect the Theatre, using pepper spray. Mechanized diggers then began demolishing its front column, bearing the words “National Theatre”.

The fate of the building, constructed in 1939 and made into a national theatre in 1945, has divided society, with many angry that Rama had chosen to act during the coronavirus lockdown.

“This is no longer about the theatre’s demolition but the downfall of democracy and freedom. We are in a dictatorship,” an unidentified member of the alliance said on a Facebook video.

Rama, whose government says the theatre was decrepit and in need of modernisation, stuck to his idea he was pushing for progress, after building a new soccer stadium and market.

“These are the same people who rise against every project in Tirana. They do not want development, but they cannot stop Tirana,” Rama said in a Facebook post.

Protesters shoved police blocking access to the site and chanted “down with the dictatorship”, leading to 37 arrests. One policeman was hospitalized after being hit by protesters, while a Reuters witness also saw one protester with head injuries.

One of those arrested, media analyst Alfred Lela, said after his release that police had used unjustified violence and verbal abuse. Policemen kicked protesters, who threw water bottles, according to a Reuters witness.

The police said accusations of violence were untrue.

Critics of the original plan for a new theatre said the work had been awarded to one of the government’s preferred partners without being subject to tender, with the construction of several new high-rise properties included in the deal.

The Socialist government withdrew that plan in February.

Protesters have claimed that a six-month period is required by law for a new project to be approved, and that the government has not secured the proper permits to carry out the demolition.

Mariya Gabriel, the European Union’s Innovation, Research, Culture, Education and Youth Commissioner, last week urged further discussions before any decision was made on the theatre.

Opposition Democratic Party leader Lulzim Basha said the demolition was illegal, and had also “demolished the foundations of society”.

President Ilir Meta, who holds a largely ceremonial role in government, has complained to the constitutional court about the demolition, which he has called an “legal, moral and constitutional crime”. The court is yet to rule.