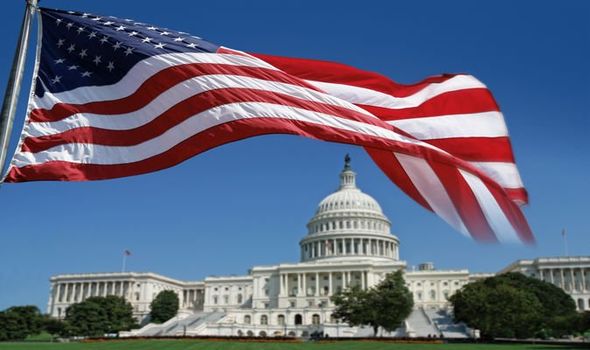 Singer Macy Gray has insisted that the American flag should be changed to a design that “all Americans can honour”. Ms Gray argued that the flag represents “divisiveness and hate” and specifically cited the January 6 storming of the Capitol, where rioters waved the flag whilst violence ensued.

Ms Gray wrote: “The Confederate flag, which was crafted as a symbol of opposition to the abolishment of slavery is just recently tired. However, on January 6, when stormers rained on the nation’s most precious hut, waving Old Glory- the memo was received: The American flag is its replacement.

People were quick to share their opinions on Ms Gray’s comments on social media.

South Dakota’s Governor, Kristi Noem, said: “A new flag?! No thanks. Old Glory still waves as a symbol of liberty and justice for all.”

Politician Lauren Boebert said: “There are 195 countries in the world. 194 of them don’t have the American flag.

“If Macy Gray or anyone else hates the flag so badly, they should pick a flag they like and go live in the country that flies it!”

Republican Lavern Spicer added: “Macy Gray had one hit song about 20 years ago and hasn’t done anything since. Now she wants to come out from the dark and say that she hates our flag. Your world would crumble if you weren’t in America.”

On the other side of the debate, one woman said: “Seems many of those who are angry at Macy Gray talking about redesigning the American flag don’t seem as angry about the insurrectionists who used that very American flag as a weapon during the attempted coup  and insurrection on our Capitol on Jan 6th.”

Another replied: “If you have any flags, stickers, shirts, masks, or anything else that has the thin blue line, Confederate flag, or that dumb Trump flag, you have no right to be upset that Macy Gray wants a redesign of the US flag (which has been done many times).”

A third echoed: “Everybody’s all mad that Macy Gray says the US should get a new flag. We have redesigned our flag before. Or have we all forgotten…?”