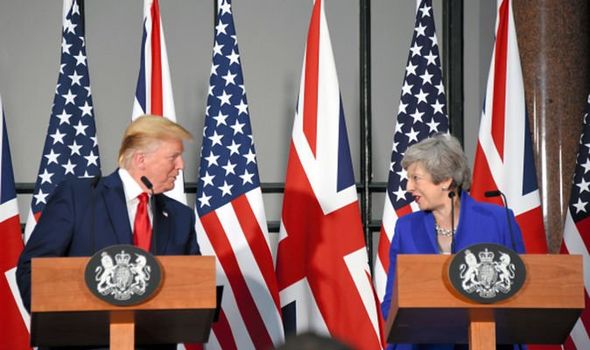 The President is alleged to have made the comments about UK military capability at a meeting with Prime Minister Theresa May two years ago. During a summit a British official referred to the UK’s atomic capabilities. Mr Trump replied: “Oh, are you a nuclear power?” in a way which made Mr Bolton believe it “was not intended as a joke”. Britain tested its first nuclear warhead in 1952, while its submarine-based force is now based on US Trident missiles.

Mr Bolton, who worked for the President for 17 months, described him as “stunningly uninformed” while laying bare the chaos of Trump’s leadership.

Even before its release next week, The Room Where It Happened is top of Amazon’s bestseller list despite the US government trying to block it.

Mr Bolton, who has served four Republican presidents, claims every decision Mr Trump made was to put his re-election and his family above that of the American people. Mr Bolton writes “obstruction of justice was a way of life” claiming Mr Trump gave “personal favours to dictators he liked”.

The book claims Mr Trump said invading Venezuela would be “cool” and requested military options after saying it was “really part of the United States”. Mr Trump also thought Finland was in Russia, it was claimed.

Mr Bolton describes his former boss as childlike claiming he is easily manipulated by foreign leaders and dictators. 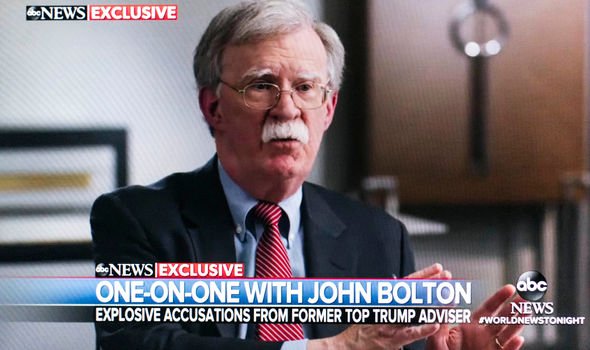 He said Mr Trump begged China’s Xi Jinping to boost US food purchases to help his second bid for theWhite House. The book said: “He stressed the importance of farmers, and increased Chinese purchases of soybeans and wheat in the electoral outcome.” China agreed to billions of dollars purchases of US food products to end the trade war.

Mr Bolton’s accusations are impeachable offences for a President.

Mr Trump hit back on Twitter, saying: “Many of the ridiculous statements he attributes to me were never made. Pure fiction.

“Just trying to get even for firing him like the sick puppy he is. Everybody in the White House hated John Bolton.”