The US Capitol in Washington has descended into chaos after President Donald Trump’s supporters stormed the building and clashed with police. Staff were ordered to shelter in offices and members of Congress were even instructed to don gas masks after tear gas was deployed by Trump supporters. Outside the building, more protestors clashed with police and security. The violence comes after President Trump has repeatedly made baseless claims that voter fraud cost him the election in November.

Today, the Democrats also looked to have won both Georgia state runoffs – victories that will see the Democrats take control of the Senate, meaning Republicans may struggle to block key legislation.

Earlier this week, President Trump was criticised for calling the Georgia Secretary of State asking him to “find more votes” to overturn his November defeat.

The shocking scenes in Washington resemble a stark warning made by Professor Stephen Burman, who told Express.co.uk last year that Mr Trump’s conspiratorial claims could lead to violence or even deaths.

The US Politics expert said in October: “Once you say the election is invalid, once you cast doubt, it opens the gates to serious conflict. 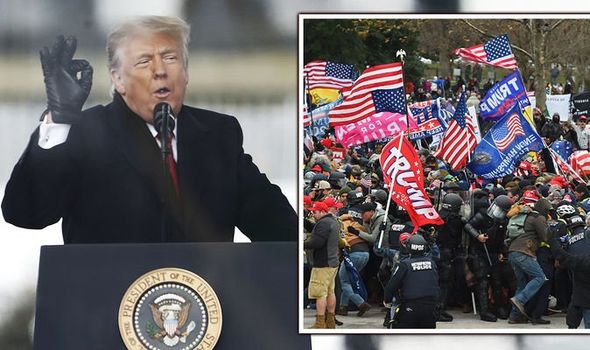 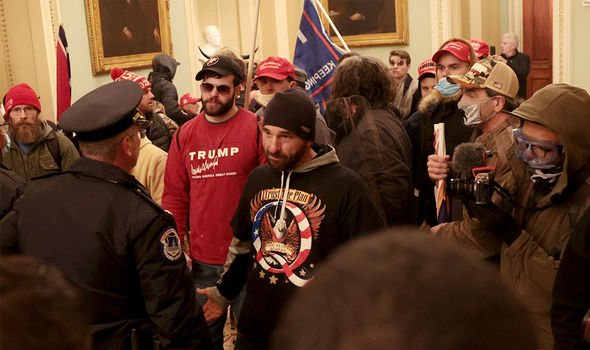 “You can imagine there would be violence, guns, even deaths.”

In a tweet, the president wrote: “Mike Pence didn’t have the courage to do what should have been done to protect our Country and our Constitution, giving States a chance to certify a corrected set of facts, not the fraudulent or inaccurate ones which they were asked to previously certify. USA demands the truth!” 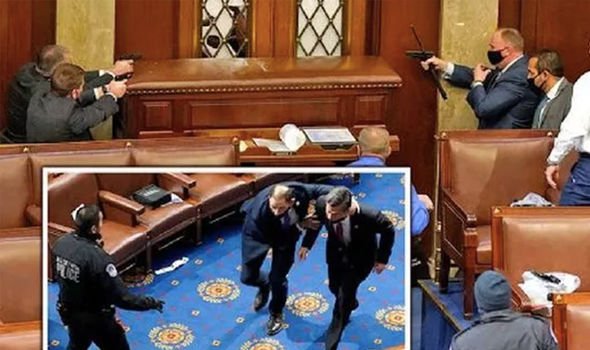 Mr Pence said in a letter released today that while he “shared concerns” about the “integrity of the election”, he wouldn’t step in Mr Biden’s way.

The letter read: “It is my considered judgment than my oath to support and defend the Constitution constrained me from claiming unilateral authority to determine which electoral votes should be counted and which should not.”

Mr Pence has also condemned the violence in Washington this evening.

He tweeted: “The violence and destruction taking place at the US Capitol Must Stop and it Must Stop Now. Anyone involved must respect Law Enforcement officers and immediately leave the building. 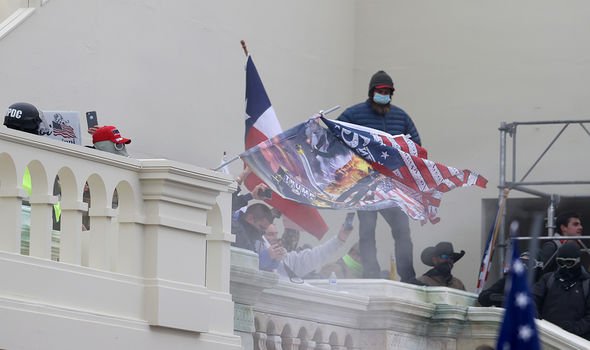 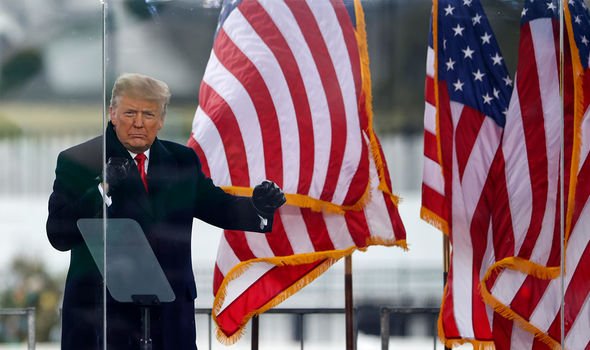 “Peaceful protest is the right of every American but this attack on our Capitol will not be tolerated and those involved will be prosecuted to the fullest extent of the law.”

He tweeted: “Disgraceful scenes in US Congress. The United States stands for democracy around the world and it is now vital that there should be a peaceful and orderly transfer of power.”

“This is the legacy of a politics of hate that pits people against each other and threatens the foundations of democracy.

“We must stand firm with legislators under attack and the American people who have the right to choose their own destiny.”