Home » World News » Donald Trump impeachment odds: Could the US President be impeached in wake of riots?

A Donald Trump rally became deadly this week when violent protesters stormed the US Capitol building arguing for the result of the US election in November to be overturned. Joe Biden condemned Mr Trump’s “insurrection” of the violence and many politicians in Washington DC have called for Mr Trump to be removed from office immediately. But could Mr Trump really be impeached?

The US Congress has now certified Mr Biden’s victory in the presidential election in the wake of Mr Trump supporters breaking into the US Capitol.

Lawmakers were forced to suspend their activity and resumed only once the police managed to remove the mob.

The certification clears the path for Mr Biden’s inauguration on January 20.

Following Mr Biden’s confirmation today, Mr Trump said there would be an orderly transition on January 20.

However, the incumbent leader added he completely disagreed with the outcome of the election.

His statement said: “Even though I totally disagree with the outcome of the election, and the facts bear me out, nevertheless, there will be an orderly transition on January 20.

“I have always said we would continue our fight to ensure that only legal votes were counted.

“While this represents the end of the greatest first term in presidential history, it’s only the beginning of our fight to Make America Great Again!” 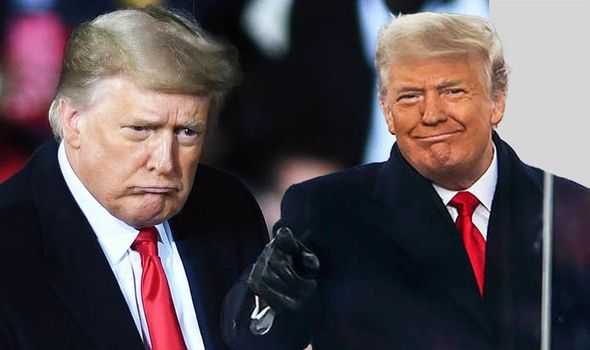 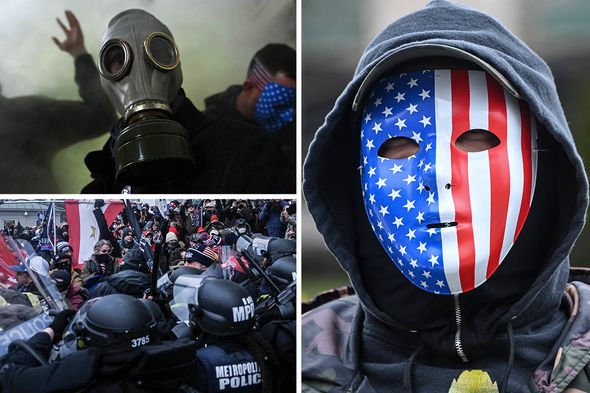 Mr Trump made no reference to the violent protest at the Capitol building during which four people died.

DC Police Chief Robert Contee said: “One adult female and two adult males appear to have suffered from separate medical emergencies, which resulted in their deaths.

“Any loss of life in the District is tragic and our thoughts are with anyone impacted by their loss.”

Some Republicans were trying to overturn the results in some states but lack sufficient support.

President Trump called on his violent supporters to go home, but repeated false claims the election had been stolen which many said helped to incite further violence. 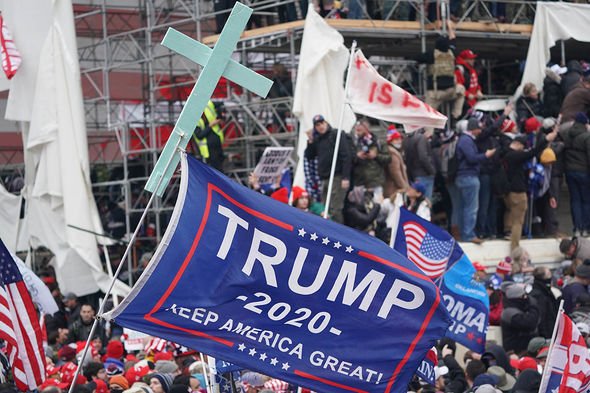 Could Donald Trump be impeached?

Millions around the globe have expressed their outrage at Mr Trump with the hashtags #LockHimUp, #25thAmendmentNow and #ImpeachTrumpNow trending on Twitter.

One person tweeted: “A woman died today because Trump lied to her that the election had been stolen and made her believe that taking part in an attack on the US Capitol was a legitimate way to overturn the Electoral College. He, once again, has blood on his hands. #ImpeachTrumpNow #25thAmendmentNow”.

Another added: “No, Mr President, these are the things and events that happen when a deranged egomaniac cannot accept defeat and whips the worst of his supporters into a frenzy with a steady diet of lies and misinformation. #ImpeachTrumpNow”.

On Twitter another person wrote: “Four people died yesterday as a direct result of the hateful rhetoric and lies of 45. He should be held responsible for this. This is his fault. #LockHimUpNow”.

One person wrote: “We must not tolerate a psychotic president. Remove him. Invoke the 25th Amendment. Now. #25thAmendmentNow”.

DON’T MISS
Donald Trump arrest warrant: US president faces death penalty [INSIGHT]
Ex-Trump supporter warns violence in US to continue after deadly clash [EXPLAINER]
How far is Capitol from the White House, what is the Capitol Building? [ANALYSIS] 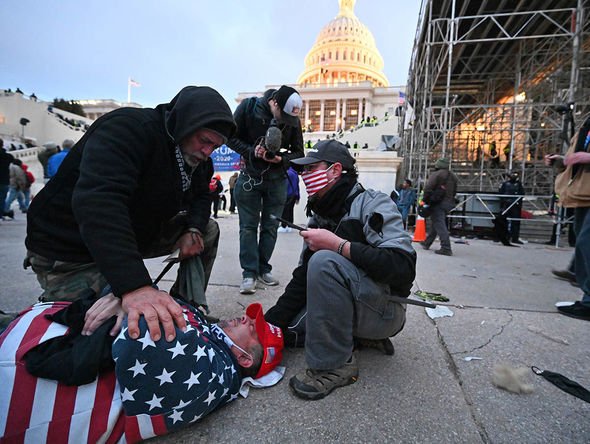 In a snap poll undertaken on January 7, US voters say the events at the US Capitol were a threat to democracy.

A YouGov Direct poll of 1,397 registered voters who had heard about the event finds that 62 percent of voters perceive these actions as a threat to democracy.

Overall, 93 percent of Democrats overwhelmingly see it this way, while 55 percent of Independents also agree.

Among Republicans, however, only 27 percent think this should be considered a threat to democracy, with two-thirds 68 percent say otherwise.

Almost half (45 percent) of Republicans “strongly or somewhat supported” the action taken at the Capitol, with 53 percent saying Donald Trump was “not at all” to blame. 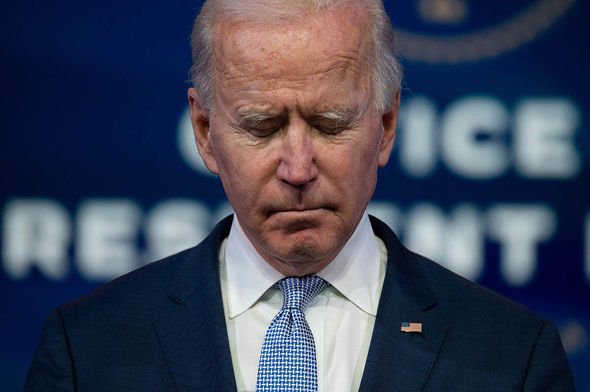 Democratic and Republican lawmakers have also tweeted in support of using the 25th amendment to oust Mr Trump from office.

US Congressman Ted Lieu tweeted: “He is why the 25th amendment exists when the president has ‘lost it.’ If Trump doesn’t resign, then [vice president] Mike Pence needs to start the process to remove [Donald Trump] ASAP.”

Mr Lieu later tweeted: “Leadership in the Senate and House are misreading the situation if they simply adjourn after we accept the electoral college results.

“There is much anger among the members and the American public.

“We cannot just leave without holding Trump accountable. That will only embolden him.”

In a statement, the Assistant House Speaker Katherine Clark said: “Despite the seditious attempt to overthrow our democracy, we in Congress will fulfil our duty to ensure the will of the people and the integrity of our democracy are upheld.

“But the next days and weeks remain dangerous.

“Donald Trump is a traitor to our country and our Constitution.

“He must be removed from office and prevented from further endangering our country and our people.”

Another impeachment could be undertaken in a bid to challenge Mr Trump and potentially look to remove him from office early.

However, impeachment is a timely process and it is unlikely it could be undertaken before Mr Biden is sworn in.

Instead, lawmakers have said the use of the 25th amendment to remove Mr Trump as President would be quicker and preferable.

However, the 25th amendment would rely upon support from within Mr Trump’s Cabinet and Congress, which many political insiders claim is unlikely.

According to bookmaker Smarkets, Donald Trump is still very likely (94 percent) to remain in office for the next two weeks and see out his first term in full after his supporters stormed the Capitol building yesterday to disrupt Congress officially confirming Joe Biden’s victory.

There was a brief period of trading on the exchange last night where the likelihood of the president being ousted early rose as high as 84 percent.

In addition, according to Smarkets, Mr Trump has fallen from 32 percent to 19 percent to be the Republican nominee in 2024.

With the bookmaker putting Mr Trump’s odds of pardoning himself 32 percent, up from 15 percent.

Smarkets Head of Political Markets Sarbjit Bakhshi said: “Unprecedented scenes at the Capitol between the supporters of Donald Trump and the police caused wild trading on our “Trump to serve a full term” betting market last night.

“For a brief period, the likelihood of Trump being ousted before January 20 climbed over 80 percent before returning to just five percent this morning, with the chance of a 25th Amendment removal appearing remote.”

Ladbrokes puts the odds of President Trump issuing a self-pardon at 7/4, with 2/5 that he will not issue a self-pardon.