The first official cases of the 1918 Spanish Flu pandemic, which killed as many as 50 million people, were recorded at the US Army Camp in Kansas. Although the killer disease came from the United States, it was named after Spain where the country’s media was more free to report on the outbreak. When President Trump was questioned why he was using the controversial term to describe the coronavirus outbreak last week, he said: “Cause it comes from China.

“It’s not racist at all. It comes from China, that’s why.

“I want to be accurate.”

There are fears President Trump giving it this name could provoke racism towards China, xenophobia and lead to political tensions between two of the world’s super powers.

The US President has also said: “I have great love for all of the people from our country, but as you know China tried to say at one point … that it was caused by American soldiers. That can’t happen. 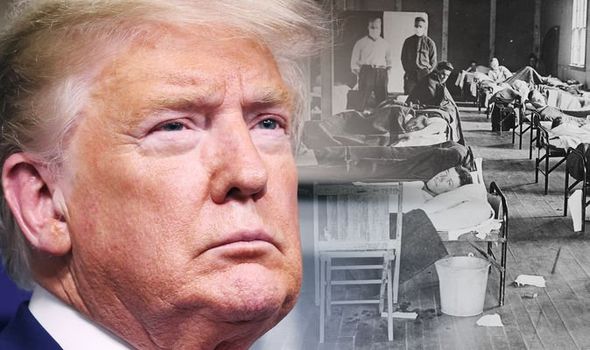 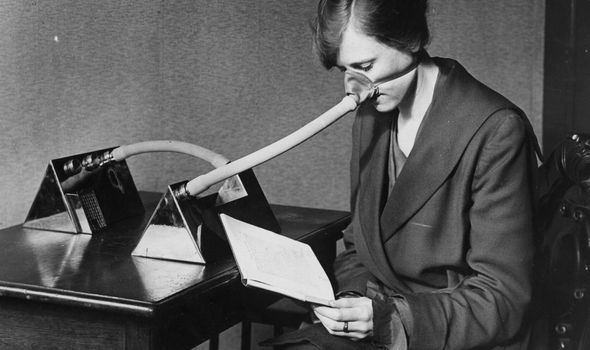 “It’s not gonna happen, not as long as I’m President.

“It comes from China.”

Scott Kennedy, an expert on China at the Center for Strategic and International Studies, has explained to the New York Times why this language is so dangerous.

He said: “The use of this term is not only corrosive vis-à-vis a global audience, including here at home, it is also fuelling a narrative in China about a broader American hatred and fear of not just the Chinese Communist Party but of China and Chinese people in general.” 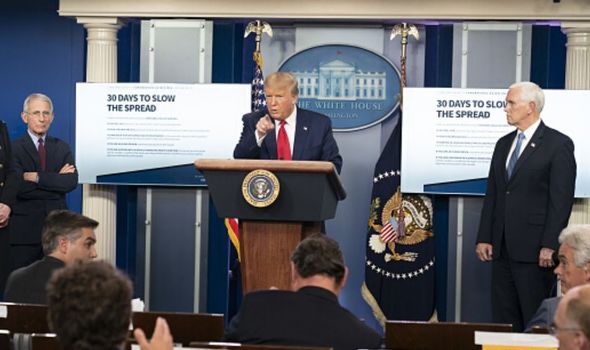 The flu struck during World War 1 and as a result of the timing, there was a degree of censorship in Germany, the UK, France and the US surrounding the pandemic.

However, newspapers did report the effects in Spain, which included the serious illness of King Alfonso XIII.

As a result, the pandemic was given the nickname ‘Spanish Flu’.

However, the flu is generally believed to have come from Kansas in the US. 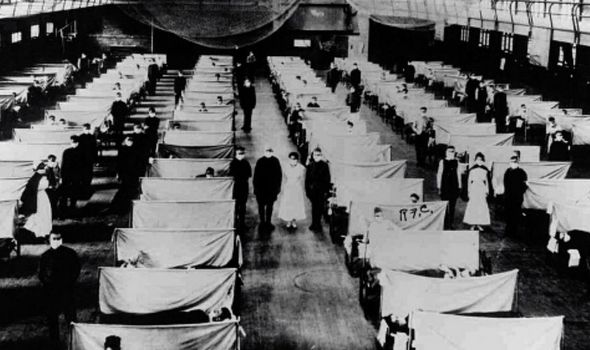 The first cases of the outbreak were recorded in Haskell County, Kansas and Fort Riley, where a new army facility was preparing 50,000 men for war in 1918.

In Fort Riley, around 500 soldiers were taken to hospital in one week.

It is thought that the virus began due to poor families working on farms and living with live chickens, cows and horses.

Although the Public Health Service were warned, many of these soldiers went to help in the First World War in Europe.

In Europe, the disease mutated and became deadly.

The Spanish flu mainly killed people between the ages of 20 and 40, most of whom were typically healthy.