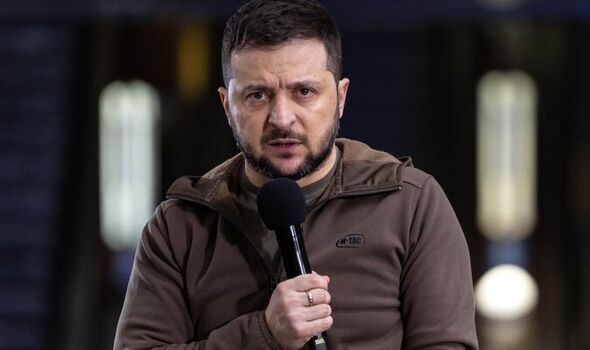 Mr Zelensky spoke as intense fighting was reported around the city of Severodonetsk, in the eastern Luhansk area. A Ukrainian official said Kremlin troops hit a school and killed three adults as more than 200 people, including children, were sheltering there.

Mr Zelensky said: “It is hell there and that’s not an exaggeration – the brutal and completely senseless bombardment of Severodonetsk. Twelve dead and dozens wounded there in just one day.

“[There are] constant strikes on the Odesa region.

“The Donbas is completely destroyed. This is a deliberate and criminal attempt to kill as many Ukrainians as possible, to destroy as many houses, social facilities and enterprises as possible.”

In Mariupol, the remaining Ukrainian troops trapped in besieged giant Azovstal steelworks have been ordered by Kyiv to stop fighting “to save the lives of the soldiers”, a battalion commander said.

The soldiers, who were holed for weeks, have become a symbol of Ukraine’s resistance.

Meanwhile, Kremlin defence minister Sergei Shoigu said new military bases would be created in western Russia by the end of the year because of the Nato alliance expansion.