Twenty-seven people have been killed after a bus carrying children and some parents plunged into a ravine in Indonesia.

At least 39 more are injured after a suspected brakes malfunction caused the accident on Indonesia’s main island of Java late on Wednesday.

The bus driver lost control of the vehicle shortly before the crash in an area near the city of Sumedang in West Java province, the search and rescue agency said.

The bus was carrying a group of Islamic junior high school pupils, teachers and parents when the crash occurred on a winding road. 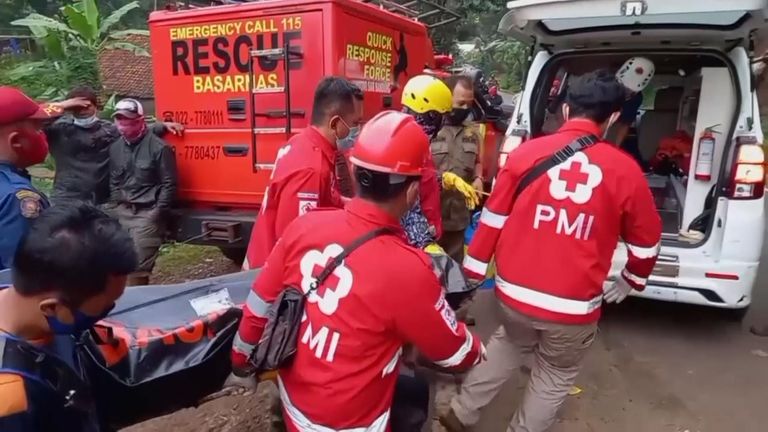 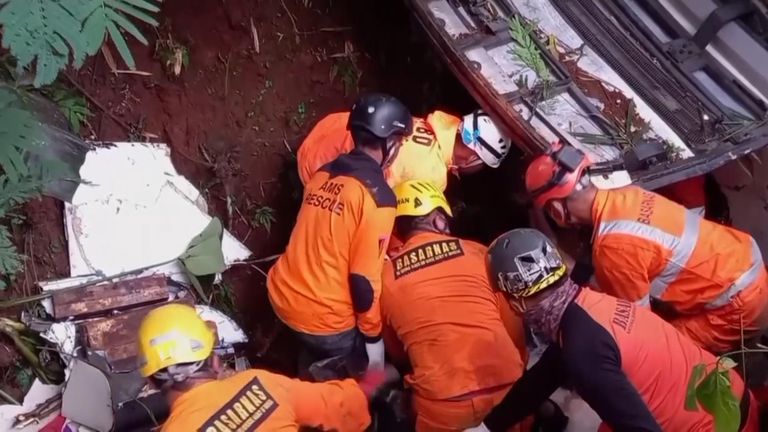 Police said the bus has plunged into a 65ft ravine after the driver lost control of the vehicle in an area with a number of sharp inclines.

The exact cause of the crash was not immediately clear, but survivors told authorities that the vehicle’s brakes apparently failed.

The ministry said there were initial indications that the vehicle’s road worthiness tests were not up to date.

Supriono, a local search and rescue agency official, said later evacuation efforts had been completed and survivors taken to a nearby hospital. 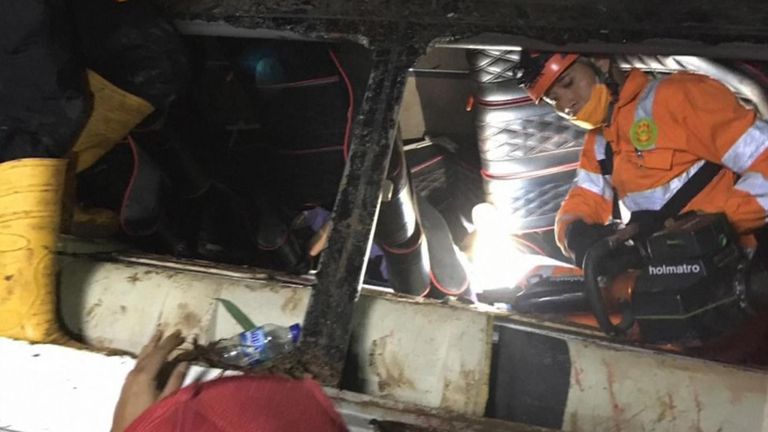 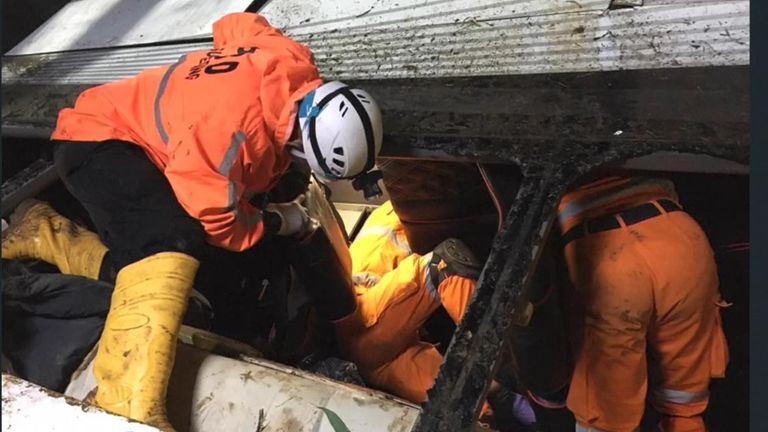 TV footage from the scene showed the bus had ended up on its side.

Police and rescuers were also seen moving injured victims and carrying the dead to ambulances as grieving relatives waited for information about their loved ones at the hospital.

Road accidents are common in Indonesia due to poor safety standards and infrastructure.