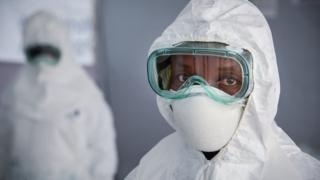 The worst-ever outbreak of Ebola in the Democratic Republic of Congo has officially been declared over, almost two years after it began.

No new cases of the disease have been reported in the north-east of the country, where dozens of armed groups operate, since 27 April.

The World Health Organization (WHO) said the end of the outbreak in the east, where insecurity is also endemic, was a cause for celebration as it had a been a tough and often dangerous two years for those involved in fighting it.

However, DR Congo, which is the size of mainland western Europe, is dealing a fresh Ebola outbreak in the north-west of the country. 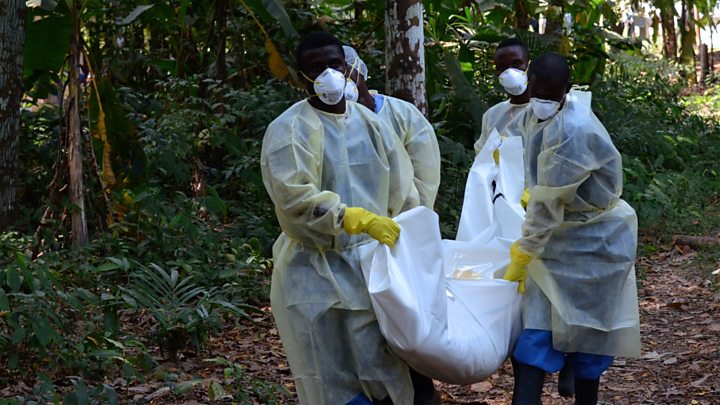 The case in Mbandaka was announced on 1 June where 13 people have since died. Genetic analysis shows it is a different strain of the virus to that found in the east.

The WHO in DR Congo has told the BBC the situation in Mbandaka – the country’s 11th outbreak – is nearly under control.

But new Ebola outbreaks are to be expected given the existence of the virus in animals in many parts of DR Congo, the WHO says.

For an outbreak to be declared over, there has to be a 42-day period since the last positive case was tested negative and discharged from hospital.

Why did it take so long to end?

The outbreak in eastern DR Congo was the 10th to have hit the country since 1976, when the virus was first discovered by a group of scientists who decided to call it Ebola after a local river.

Health Minister Eteni Longondo described it as “the longest, most complex and deadliest” in the DR Congo’s history.

Decades of conflict in the east have led to widespread mistrust of the authorities, which has made it harder for health workers to treat sick and at-risk people.

BBC health reporter Rhoda Odhiambo says there had been more than 420 attacks on health facilities in the region by armed groups since 2018, which greatly hampered efforts to contain the spread of the disease.

Another challenge in tackling the eastern outbreak was its geographical span across 1200km (475 miles) and three provinces – North Kivu, Ituri and South Kivu, she says.

Fear of the deadly Ebola virus – which sees patients suffer gruesome symptoms and rules out customary burial rites – has been another challenge.

How was it achieved?

WHO’s regional director to Africa says the end of the outbreak was only possible because of collaboration.

“This is a sign of hope that with solidarity and science epidemics can be controlled,” Dr Matshidiso Moeti said.

The largest-ever Ebola vaccine campaign was a key factor in containing its spread.

Health workers and Congolese authorities have mostly succeeded in preventing the spread to neighbouring countries.

In Uganda last year, a five-year-old boy and his grandmother died days after visiting family across the border in DR Congo.

Months later, Tanzania was criticised by the WHO for failing to provide information about suspected Ebola infections, including one person who died.

From Ebola survivor to trainee doctor