AUBENCHEUL-AU-BAC, France (Reuters) – On a farm in France, firefighters beat down the flames that had turned a field of wheat black, but they were too late to save the combine harvester. Caught in the blaze, it belched out flames and thick smoke while the farmer looked on helpless. 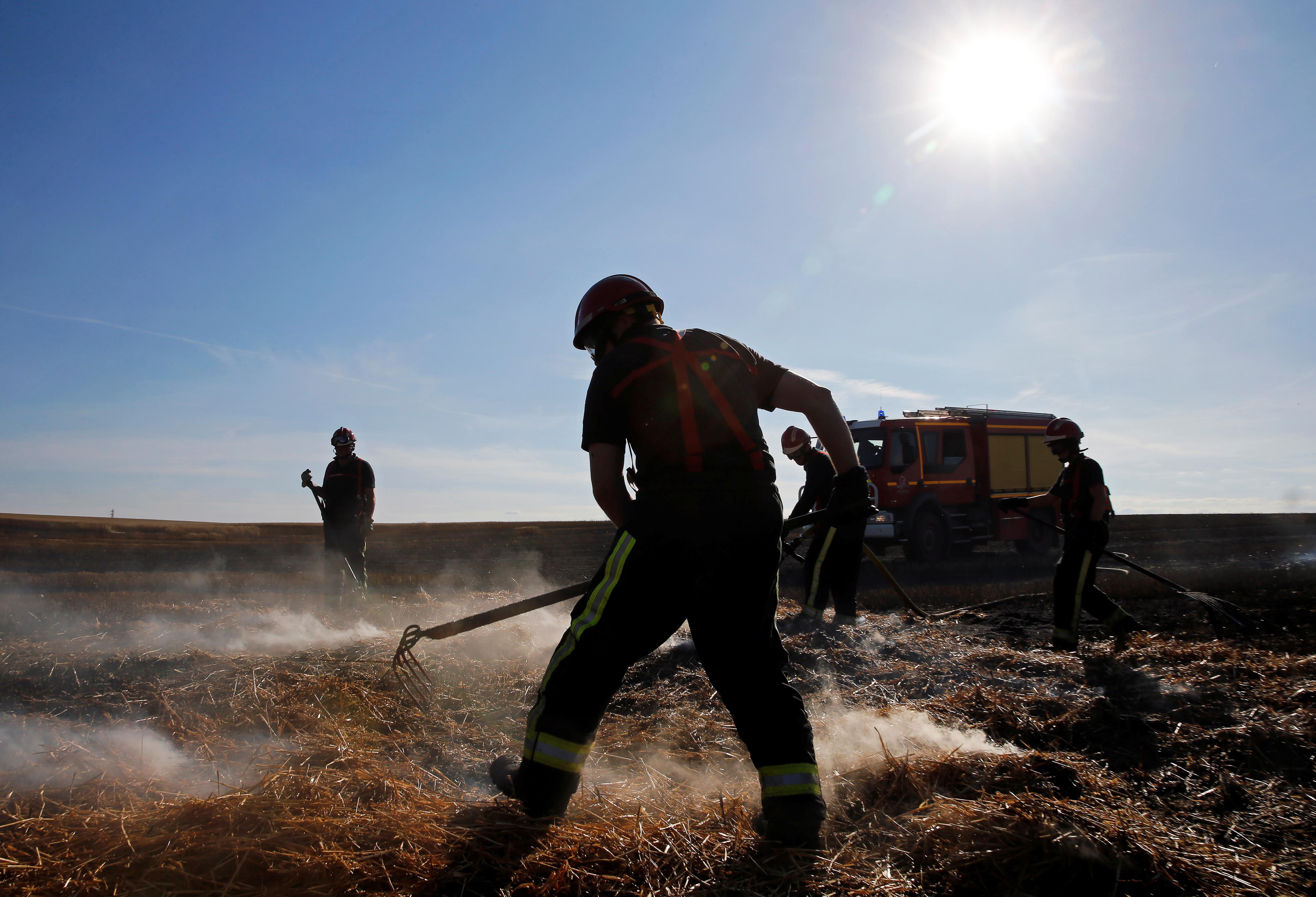 Crop and forest fires are a ritual of summer in France, but a warming climate has meant the risk has increased and the danger zone has expanded from southern France to the north, scientists say.

The blaze in July that destroyed the combine harvester was in a district near the border with Belgium where, farmers say, worrying about wildfires is something new.

“It’s an occurrence that we weren’t seeing four or five years ago here,” said Benoit Vaillant, who with his family runs a different farm in the same region of northern France.

Scientists who track forest and crop fires in France say that last year saw a small decline in the surface area affected, and this year has not seen any exceptional increase.

But they say that is largely down to good fortune; while this July was the driest in about 60 years in France, that has not coincided with the winds that stoke fires.

“But if the drought persists and if there is a lot of wind, the situation could quickly get worse,” said Eric Martin of France’s National Institute of Agriculture Research.

The fundamental precursor for fires, according to scientists, is how much moisture there is in vegetation. And studies show that the moisture level has been dropping year by year, in step with rising temperatures.

Vaillant said last year the moisture content of the straw he grows on his farm dropped to 9%.

“That means that the straw is drier than the Sahara air,” he said. “And so you put a spark in there and it catches fire, and with a bit of wind, it’s fanned and stoked.”