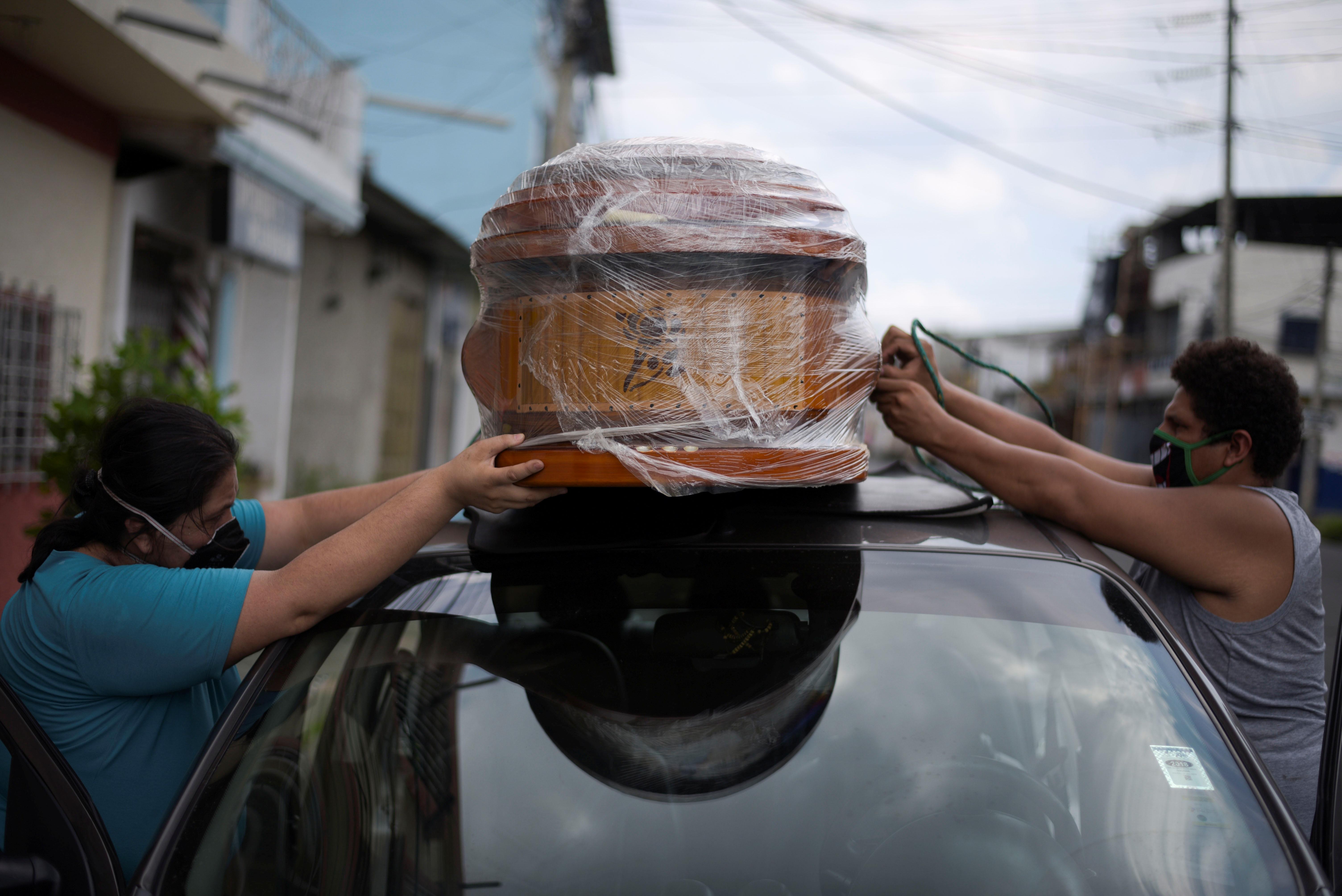 QUITO (Reuters) – Ecuador’s government said on Thursday it was building a “special camp” for coronavirus victims in the country’s largest city of Guayaquil, where an outbreak has killed over 80 people, with many bodies left at home for days.

President Lenin Moreno said the official total of 120 deaths across the Andean nation, among the highest tallies in Latin America, was “short” as authorities had been unable to keep up with the virus’ spread.

“The reality always exceeds the number of tests and the speed with which we can act,” Moreno said in televised comments.

A unit of police officers and soldiers, tasked with burying coronavirus victims, was now collecting as many as 150 bodies a day from homes in Guayaquil, up from 30 several days ago, Moreno said.

Residents in Guayaquil have complained they have no way to dispose of relatives’ remains due to strict quarantine and curfew measures designed to prevent spread of the virus. Last week, authorities said they had removed 100 corpses from homes in the port city.

Several locals have taken to social media to appeal for help, posting videos of dead relatives lying in their residences. Others families left bodies in the street for authorities to collect.

Moreno said the government expected the total number of deaths in Guayaquil’s surrounding province of Guayas, home to 3.8 million Ecuadoreans, to reach between 2,500 and 3,500. “We’re building a special camp for the fallen,” he said.

Guayaquil’s hospitals are overloaded with patients struggling to breathe and a growing number of health workers were also getting infected, said Liliana Triana, head of Guayas’ nursing school. The government is urgently recruiting 700 new doctors and nurses, chiefly in the city.

“We’re sending out an S.O.S. because our nurses are dying,” Triana told Reuters, adding they had five deaths and 70 infections among the school’s ranks.