Eid ul Adha falls on July 30 this year, and will see Muslims around the world celebrate the “festival of sacrifice”, the holiest of the two Islamic festivals. People will commemorate the willingness of Ibrahim to sacrifice his son as an act of obedience to God’s command.

How do you perform an Eid al Adha prayer?

Muslim prayer, like most religions, is one of the most important aspects of worship but it gains a new significance during Eid al Adha. 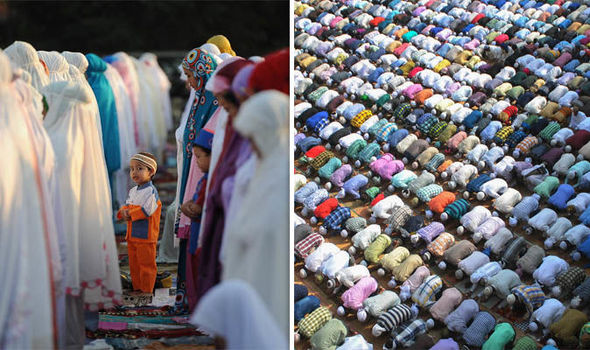 First, Muslims will make the Niyyah (intention) which involves reciting: “I intend to do two Rakat behind the Imam for Eid prayer along with six additional Takbirs”.

Then Muslims will follow the Imam by raising both hands put to the ears, and stating “Allahu Akbar”, completing the first Takbir to enter in the Salat.

Reciting “Subhanaka” will then commence as those gathered say “Allahu Akbar” with the imam, three times and letting their hands down twice, then clasping the hands.

Then, they will listen to the imam reciting the Fatiha and a surah (chapter of the Koran), after which worshippers will say “Ameen”. 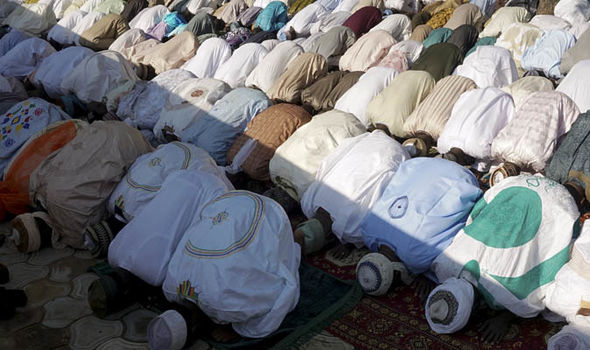 Following this, participants are to bow into Ruku and say ”Subahaana Rabbiyal Azeem”.

Then, everyone involved will stand up straight as the imam states “Sami Allahu liman Hamidah”, and say “Rabbana lakal Hamd” in a low voice.

Muslims will then enter into the first Sajdah (bowing towards the direction of Mecca) and say “Subahaana Rabbiyal Aa’la”.

Sitting up from the first Sajdah in jalsa position (sitting position between the two Sajdahs) entry into the second Sajdah will take place. 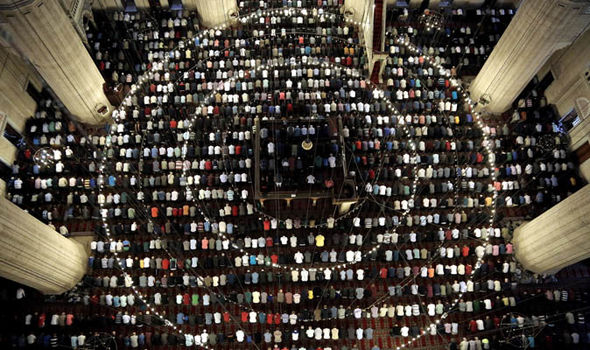 Muslims will rise up as they progress into the second Rakat.

For this second part, the imam will first recite Surah Fatiha and some other surah.

Muslims will recite takbir again, stating “Allahu Akbar” with the imam three times, then let the hands down each time.

On the fourth, Muslims will go into Ruku again, and say ”Subahaana Rabbiyal Azeem” after the fourth takbir (Without removing the hands).

As the imam says “Sami Allahu liman Hamidah”, the response is “Rabbana lakal Hamd” in a low voice.

Going into first Sajdah, “Subahaana Rabbiyal Aa’la” is said before sitting up in jalsa position (Sitting position between the two Sajdahs).

Finally, Muslims will turn to face their right first, saying “Assalamu alaikum wa Rahmatullah” and then to the left and doing the same. 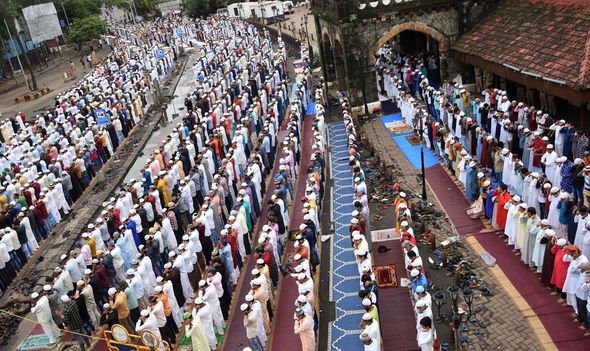 When does Eid ul Adha end?

The celebration falls between the 10th day of Dhū al-Hijjah and lasts until the 14th on the Islamic calendar.

On the Gregorian calendar, this is July 30 to August 3.