Macron criticised over push for EU army by Italian MEP

French President Emmanuel Macron and German Chancellor Angela Merkel have both repeatedly expressed their support for such a defensive initiative to serve the European Union. Currently, there is no such entity – military matters are organised by the 27 member states. But American Progress, a Washington think tank with close ties to the Biden administration, says it is time America allowed the EU to become a global military power.

For the past few decades, US presidents have been staunchly opposed to EU defence integration, but the report urged Mr Biden to drop this stance.

Part of it reads: “Europe’s dependence on the US for its security means that the US possesses a de facto veto on the direction of European defence.

“Since the Nineties, the US has typically used its effective veto power to block the defence ambitions of the European Union.

“This has frequently resulted in an absurd situation where Washington loudly insists Europe do more on defence but then strongly objects when Europe’s political union — the European Union — tries to answer the call. 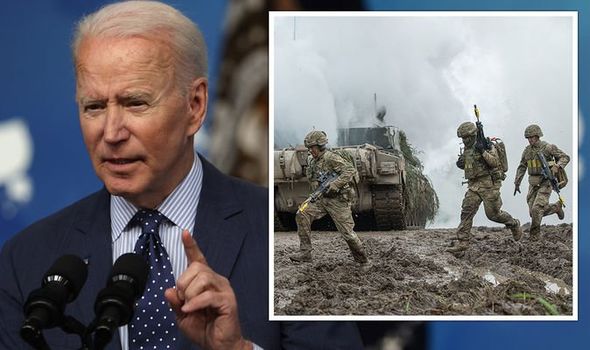 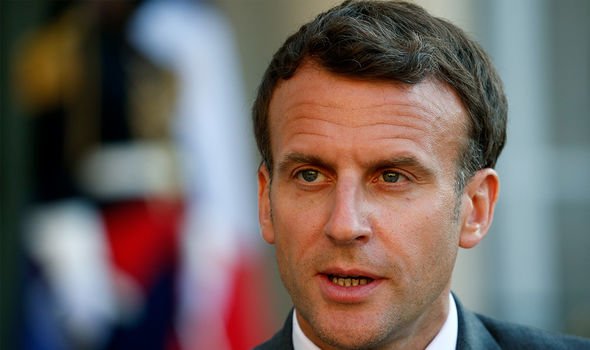 “This policy approach has been a grand strategic error — one that has weakened NATO militarily strained the transatlantic alliance, and contributed to the relative decline in Europe’s global clout.”

But former Royal Navy submarine commander Andrew Corbett says things would not change much under the EU’s plans.

He told Express.co.uk: “I think part of that conversation [on an EU Army] that often gets missed is that the 21 members of the European Union are also members of NATO.

“So when they say they are going to build a European Army – firstly, they’ve been saying that for more than 20 years, the idea was really more about the European nations and NATO allies working together better so they did not rely so much on America.

“It often gets portrayed as a European Army, but it would be the same forces working under a European command structure, which would be different to NATO’s. 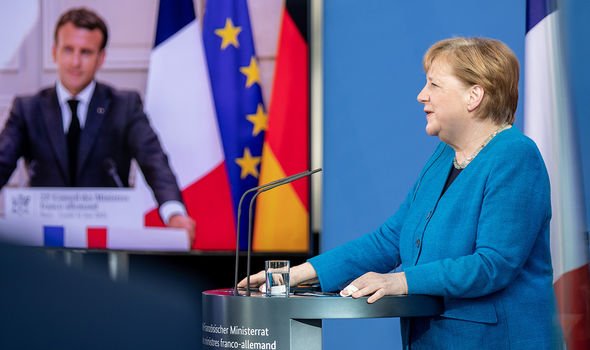 “It would report to the European Parliament instead of to the NATO council, but it’s the same forces – no one is talking about creating new forces.

“The 21 nations are still our allies in NATO and the idea of a European Army is a simplistic spin on what is a long-term discussion that has never really gone anywhere.

“We continue to work together with European partners almost every day and certainly in my experience we worked very closely with every one of our NATO allies.”

Opponents of EU military integration have long warned that any duplication of NATO’s capabilities, particularly in the area of “command and control,” could steer vital resources from the alliance.

Others have also argued that national armed forces in Europe are not up to scratch – especially in Germany, the EU’s richest and politically most powerful member. 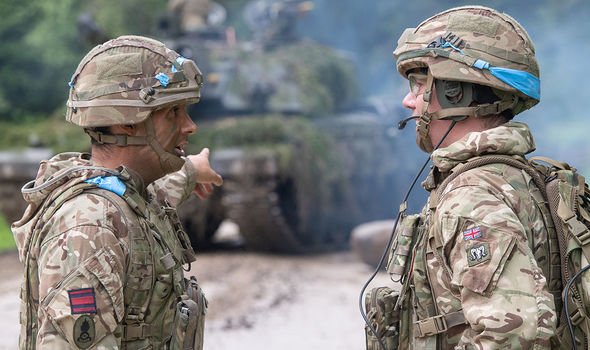 And the authors of the new report appeared to agree.

They wrote: “Today, much of Europe’s military hardware is in a shocking state of disrepair.

But the authors also insist the US should accept its part of the blame.

They added: “This is a European failure.

“But Washington has played a critical, if under-appreciated, role in precipitating this failure.”

“For more than two decades, both Republican and Democratic administrations have vigorously pressed European capitals to bolster their national forces in support of NATO. 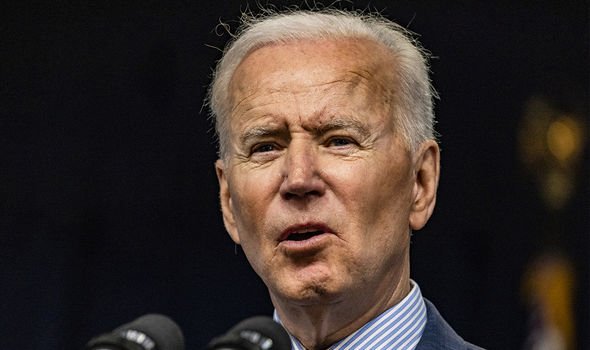 “But this focus on national defence spending levels, embodied by the 2014 commitment by NATO members to spend two percent of their GDP on defence, simply hasn’t worked. European defence today remains anaemic, despite noticeable increases in spending.”

Retired General Philip Breedlove, NATO’s former supreme allied commander for Europe, ripped apart the idea, stating that any duplication of EU and NATO capabilities would be a grave mistake.

He said: “If these nations that are also in NATO want to spend on their defence, I see that as a good thing because anything that will benefit the EU will also benefit NATO.

“But there is a huge caveat and that is something that we have been saying for a long time, everyone from the secretary-general to everyone else: We should not be investing in duplicative capabilities.

“There are far too many readiness needs, capability needs and capacity needs that should be met first.

“What we don’t need to do is invest money in redundant duplicative capabilities.”