But the military ambitions have been hit by budget battles and two major defence projects have been earmarked for less funding than they were allocated two years ago. Officials see boosting defence capability as crucial to the bloc’s ambitions for a greater geopolitical role and have ensured both programmes feature in a revised seven-year budget.

Military mobility is a flagship project for NATO-EU cooperation

And the budget would still provide them with more cash overall than proposals discussed during protracted talks over the 2018 blueprint.

Under the European Commission’s plan, the new European Defence Fund (EDF), intended to foster cooperation on research and development of military technology and equipment, would receive €8bn.

That figure is a considerable drop on the Commission’s 2018 proposal for the long-term budget, the Multiannual Financial Framework (MFF), which put aside €11.5bn for the fund. 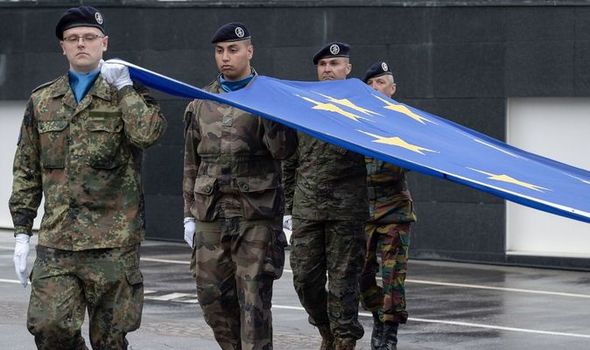 But there is enough in the new plan for some supporters of a greater EU defence role to see silver linings.

One senior EU diplomat said: “Financially it’s not nothing and politically it’s an important signal”

But others feel military spending should still take priority despite the coronavirus crisis. 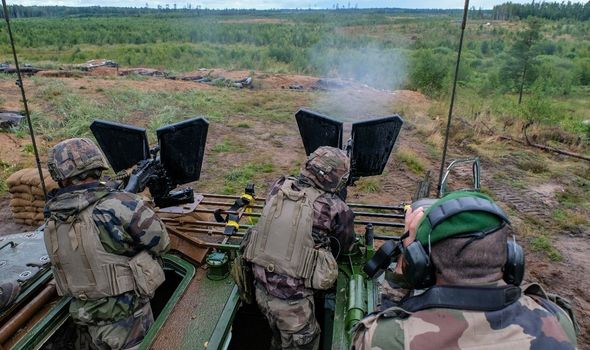 Estonian defence minister Jüri Luik told politico.eu: “We should all be interested that neither national defence budgets nor defence-related spending in the next MFF — European Defence Fund and military mobility — take a hit.

“Military mobility is a flagship project for NATO-EU cooperation and the EU has a crucial role in investing in Europe’s strategic infrastructure.

“We believe there is room for restoring the Union’s level of ambition.” 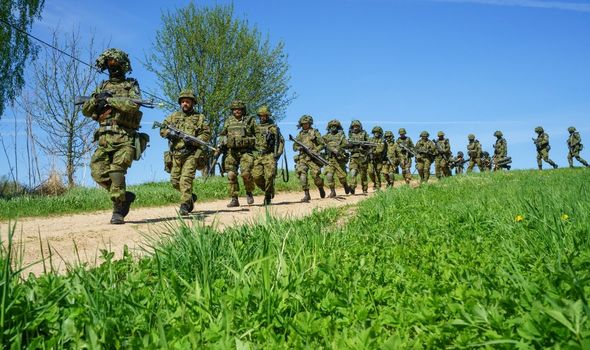 Plans for an EU army are not embraced by all 27 member states with some concerned the efforts could end up duplicating NATO and other are wary of a shift from soft to hard power in a union founded as a peace project.

But supporters insist it is essential if the bloc is to be taken seriously as a major power on the world stage.

EU foreign policy chief Josep Borrell warned the coronavirus pandemic would probably lead to greater instability in the world and urged members to secure the necessary funding for Europe’s security and defence.

He said: “I hope that in this scenario, the resources allocated to the defence and security policy will not diminish.”

Military leaders also warned of the growing threat of cyberwarfare.

Italian general Claudio Graziano, who heads the EU Military Committee, told politico.eu: “We always get ready for a war that we hope will never take place but the cyberwar takes place every day we are always under cyber attack. 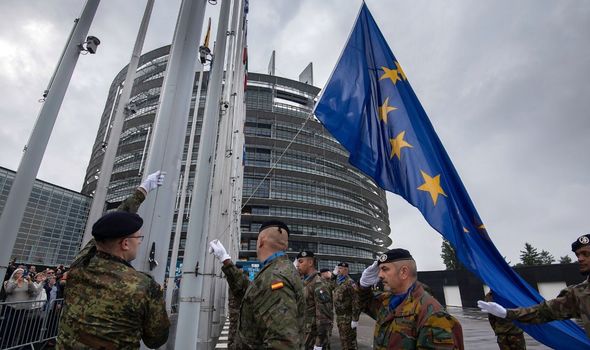 “We have moved from the traditional threats, the threats among states, to new threats like terrorism, failing states, hybrid wars and now there are new dangers that we need to be ready for.

“Instead of cutting the military budget, we should think to increase it, since it could also help the recovery.”