The European economy has seen a slower recovery than some of its international peers as the vaccine delays and continued lockdowns take their toll. It shrank 0.7 percent in the last three months of 2020, and the 19 countries that use the euro are forecast to lag China and the US in bouncing back from the worst of the pandemic. Statistics agency Eurostat calculated that the European economy was hit with a 11.7 percent plunge in the second quarter, the biggest since statistics started in 1995, followed by a rebound of 12.4 percent in the third quarter in late summer.

Germany, an economic heavyweight in the EU, managed to achieve a small 0.1 percent growth in the final quarter of 2020 while France’s contracted by 1.3 percent.

The debate surrounding economic policy in the EU has been tense ever since the start of negotiations for a stimulus package.

Mr Macron said the Dutch leader was acting like Britain, and warned Mr Rutte that this “ended badly” for the former Conservative leader.

The French President also bashed a table before hitting out at Austrian Chancellor Sebastian Kurz for leaving the negotiations to take a phone call.

Mr Kurz was described as offended by one source after Mr Macron said, “You see? He doesn’t care. He doesn’t listen to others.” 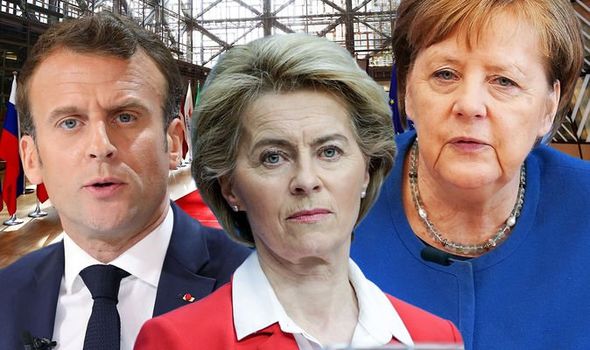 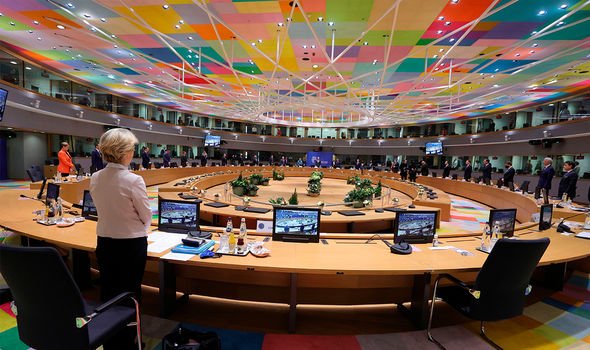 EU member state’s eventually agreed on a coronavirus recovery fund worth more than £1.5trillion, but this would later be held up in late 2020 due to a row between Hungary, Poland and other member states.

The row erupted after the bloc included a rule of law mechanism in the package, designed to ensure countries receiving emergency funds abide by democratic norms.

The Hungarian and Polish governments have been regularly criticised for their respective records on freedom of speech, freedom of the press and repeated attempts to interfere with the judiciary.

A row also erupted in July between Hungary’s Mr Orban and Dutch Prime Minister Mark Rutte over the rule of law mechanism. 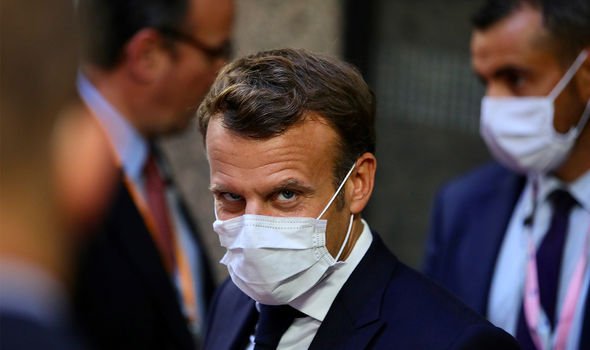 European Commission President Ursula von der Leyen said in December that the EU would take the issue to the courts.

She said: “We think that the conditionality mechanism is appropriate. It is proportionate, and it is necessary. And it is hard to imagine that anyone could object.

“But if someone does have legal doubts, there is a very clear path, they can go to the European Court of Justice, this is the place where we usually thrash out differences of opinion regarding legal tests, and not at the expense of millions of Europeans who are desperately waiting for our help, because we are in the middle of a deep, deep crisis.”

Brussels eventually reached a compromise with the two member states, enabling the recovery fund to be distributed. 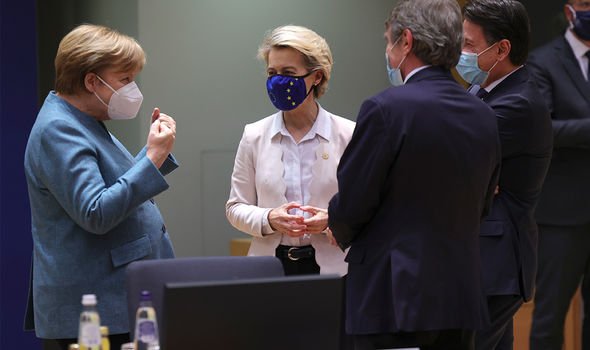 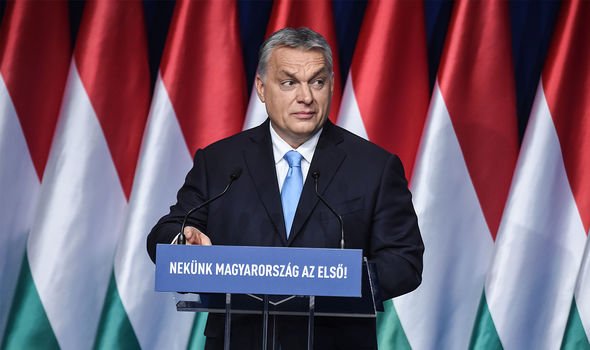 David Marsh, a historian who focuses on the eurozone, told Express.co.uk last year that the monetary union in Europe could be threatened by the pandemic.

He said: “Sometimes crises lead to people coming together more – there’s the old adage that Europe is ‘forged in crises’.

“But of course you can have a crisis too far, and some crises end in the whole thing – in this case monetary union – blowing up.

“I think both of these possibilities are out there, and it’s difficult to tell which one is more likely.

“There is a chance the whole thing will come to an end, because the legitimate demands of the southern states won’t be possible for the northern states to meet, which could conceivably lead to a southern state leaving.

“The northern states could even depart as a bloc.”