Senior figures inside the EU fear multiple exits will rock the bloc in the wake of its failed coronavirus response. A leading EU historian Kiran Klaus Patel told CNBC that it remains possible that Spain, Italy and Greece could all launch their own EU exit referendums, in the wake of bitter rifts inside the bloc This comes amid an unprecedented economic crisis inside the EU, as the bloc braces itself for a “recession of historic proportions” this year.

The coronavirus pandemic expected to cause a 7.4 per cent drop in economic output, which could leave “permanent scars” on member-states.

There are growing rifts inside the bloc over how to deal with the crisis, with leaders in France, Italy and Spain warning that denying aid to states badly hit by coronavirus would risk tearing the EU apart.

This week, Spain’s deputy Prime Minister Pablo Iglesias warned the European Union that the bloc may not survive the coronavirus pandemic.

However, a ruling in Germany this week has threatened to torpedo potential bailouts for EU members-states. 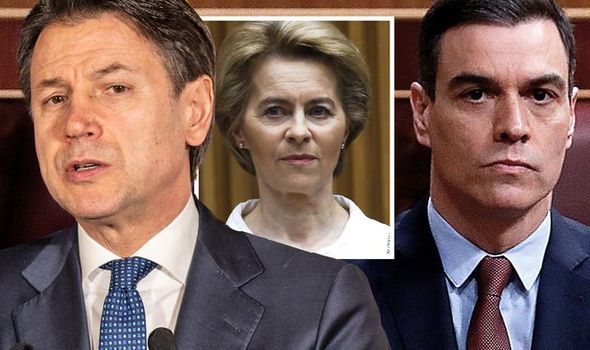 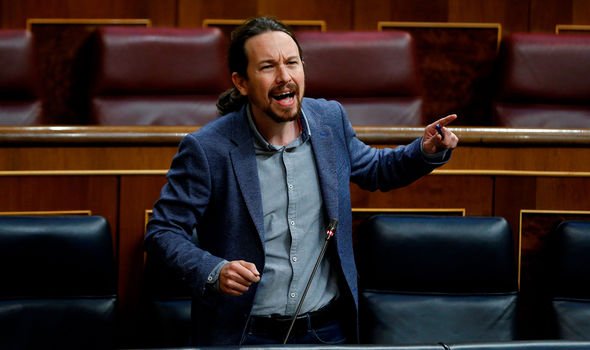 Germany’s top court stunned EU leaders this week after claiming that the EU’s own laws were not legally binding in Germany.

In response, the highest court in the European Union lashed out at the German constitutional court ruling.

There are fears in Brussels that this row could ignite a series of anti-EU movements and legal challenges against EU authority and economic agreements.

Mr Patel told CNBC: “This is the biggest crisis in the history of European integration. 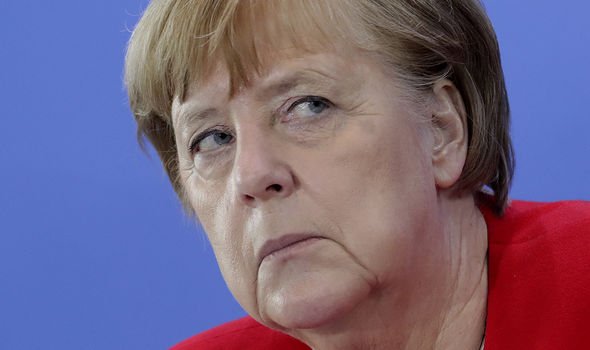 “Over the past few weeks, it has created a few measures to overcome the situation and rescue the project of the EU.”

The CNBC host questioned: “Do you think those measures will be effective? That when we come through the other side of this, we won’t be talking about the Italians or the Greeks or the Spanish planning their own exit referendums?” 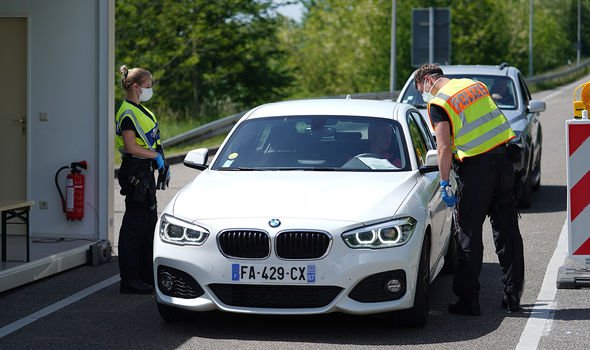 The EU historian responded: “This is very open at the moment.

“The measures are not fully clear. 450bn euros used to fight the crisis but the next steps are needed to rebuild the economy post-corona.

“There is growing resistance from the highest court in Germany to go in that direction. It is a very difficult situation. It is hard to see if the EU will continue to list as it does today.”