Emmanuel Macron has called for punishment against Turkish President Recep Tayyip Erdogan as tensions between the EU and Turkey continue to intensify. The tensions erupted this week after Greece accused Turkey of undermining its sovereignty by threatened to send ships to take natural resources within Greece’s territorial waters. There are mounting fears that this crisis could spill over into naval clashes between the EU member-states and Ankara.

Earlier this week, Athens vowed to defend its rights against “any type of threat” after Turkey confirmed plans to send oil-and-gas research vessels to the Eastern Mediterranean.

Greek armed forces are officially on ‘high alert’ and are monitoring Turkish movements in the region.

French President Emmanuel Macron on Thursday gave his backing to Greece in the dispute.

JUST IN: Fishing chief erupts at Barnier for demanding access to UK waters 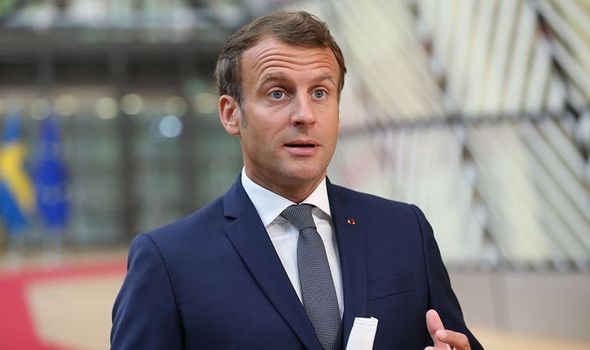 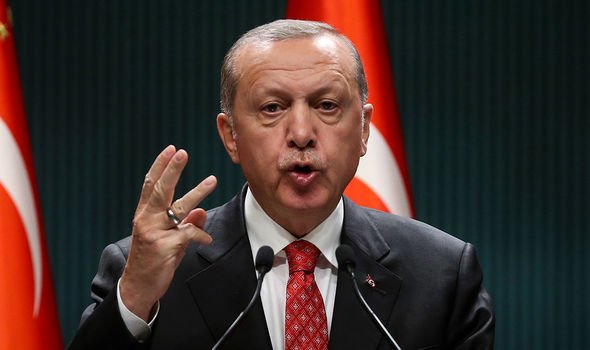 He said: “We must not accept threats to the sea area of an EU member state.

“Europe must defend its sovereignty.”

However, Turkey reacted by ridiculing these threats, saying “the statements of Macron have no value for our country”.

Turkish Foreign Ministry spokesman Hami Aksoy said the threats “will have no result”. 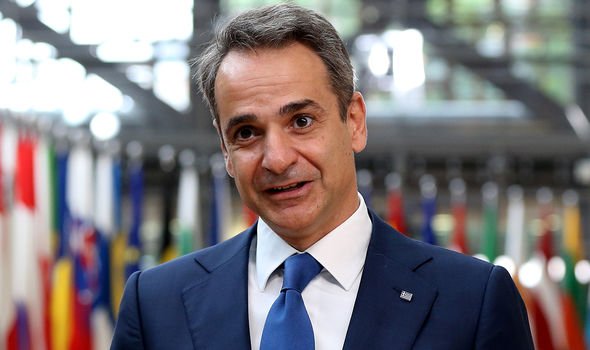 Ibrahim Kalin, a spokesman for the Turkish President Erdogan, also hit back at the Greek military’s recent response.

He said that Greece’s behaviour was “excessive,” adding: “We do not want military or political tension.”

The US ambassador to Greece said Washington backed Athens over the issue.

Geoffrey Pyatt said: “I want to echo the clear message from Washington and elsewhere in Europe, urging Turkish authorities to halt operations that raise tensions in the region, such as plans to survey for natural resources in areas where Greece and Cyprus assert jurisdiction in the eastern Mediterranean.” 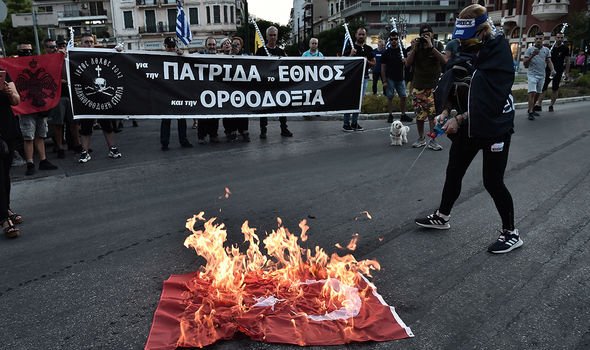 Diplomatic tensions between Greece and Turkey worsened on Friday when President Tayyip Erdogan joined huge crowds in Istanbul for prayers at Hagia Sophia, the historic museum-turned-mosque.

He said the Hagia Sophia conversion a “affront to civilisation of the 21st century”.