Donald Trump is seeking to challenge the election result in Wisconsin after the state was declared Democrat this evening. The President has attempted to cast doubt over the election result as he trails in crucial swings states. Opponent Joe Biden is ahead in Michigan and Arizona, and is challenging the President in Georgia and Pennsylvania. The US is on a knife-edge as a hugely consequential election could be edging closer to unveiling a confirmed President.

The result will have an impact across the world, including on the EU, which has been embroiled in hostility with Washington since 2016.

An especially volatile row erupted in 2018 when President Trump announced he would hike tariffs on steel and aluminium on the bloc.

The move hit steel with tariffs of 25 percent and aluminium with 10 percent, leading EU figures to hit back with a defiant message. 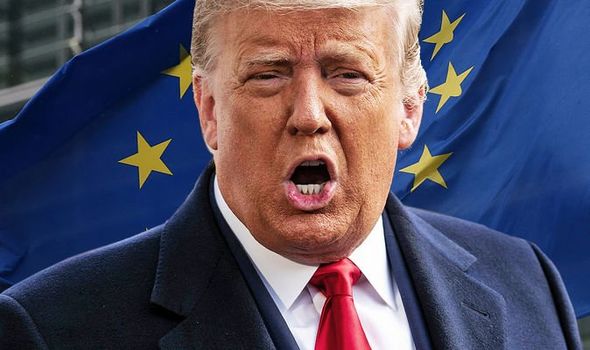 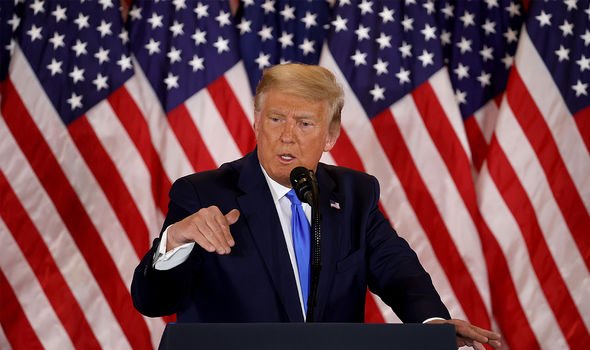 He said: “We will not sit idly while our industry is hit with unfair measures that put thousands of European jobs at risk.”

Mr Juncker also threatened retaliatory tariffs, stating that “we will put tariffs on Harley-Davidson, on bourbon and on blue jeans – Levi’s”.

President Trump has also used the last four years to voice his opinion on Brexit, once criticising Brussels’s approach to talks.

In April 2019 – when then-Prime Minister Theresa May was granted a six-month extension to try and secure a Brexit withdrawal agreement, President Trump hit out at the EU, saying: “Too bad that the European Union is being so tough on the United Kingdom and Brexit.

“The EU is likewise a brutal trading partner with the United States, which will change. 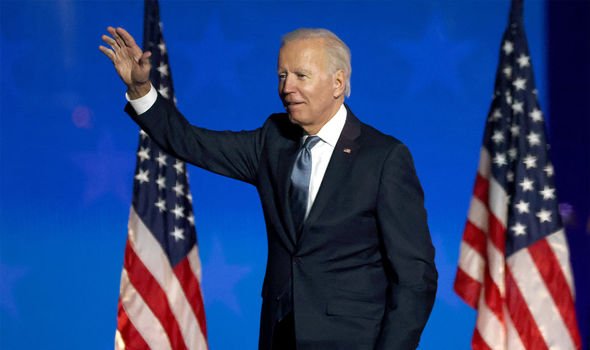 “Sometimes in life, you have to let people breathe before it all comes back to bite you!”

The result of the US election could have an impact on the UK’s ability to secure a free trade agreement with the US.

Professor Stephen Burman told Express.co.uk last month that the issue of the Irish border could come back to haunt Boris Johnson.

The Prime Minister has effectively tried to change the Northern Ireland protocol under the Internal Market Bill.

But critics have said this threatens a hard border in Ireland, something Mr Biden wouldn’t tolerate as president given his Irish heritage. 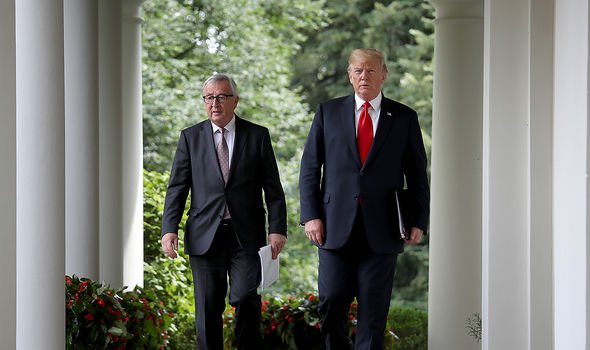 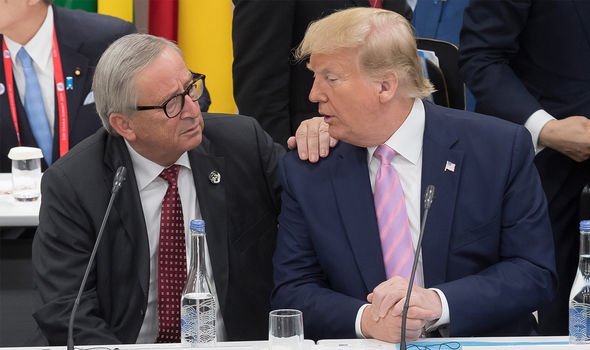 Prof Burman said: “Joe Biden is Irish, so his commitment to a united Ireland would be absolute. If the Brits somehow contravened that and trouble arises on the border, Mr Biden would be furious.

“There are a lot of Irish-sympathising politicians in the House of Representatives, and they would scupper a trade deal if Boris Johnson undermined the Good Friday Agreement.

“These things are absolute, the UK has no leverage on this.

“The UK would be finished in their eyes, and they would take retribution potentially across a whole range of policies.

“The Government really is playing with fire here.

“The Americans will not hesitate to teach us a lesson if we don’t get the Irish border issue right.”