The European Union could soon see a new conflict erupt within its borders if tensions between Turkey and Greece are not pushed into deescalation. Germany’s Foreign Minister Heiko Maas has been shuttling between Athens and Ankara in a bid to bridge the divide between the two but has warned failure could result in war. Speaking at a press conference in Greece on Tuesday, Mr Maas said: “The current situation in the eastern Mediterranean is playing with fire, and any spark – however small – could lead to a disaster.

“No one can have an interest in that, and certainly not in a military confrontation between NATO partners and neighbours. The situation is very risky.

“Whoever moves closer and closer to the abyss can at some point fall down. That’s a development which we want to avoid.

“Nobody wants to solve this conflict militarily, which would be absolute insanity but the willingness for dialogue is there.” 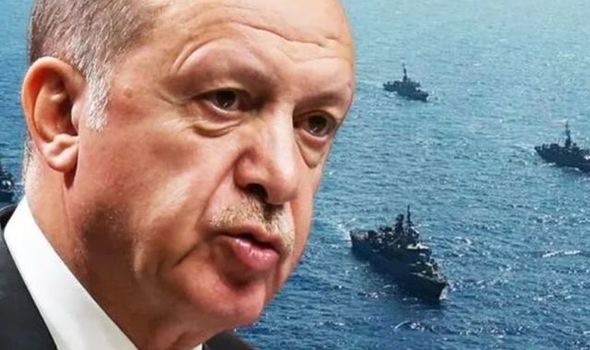 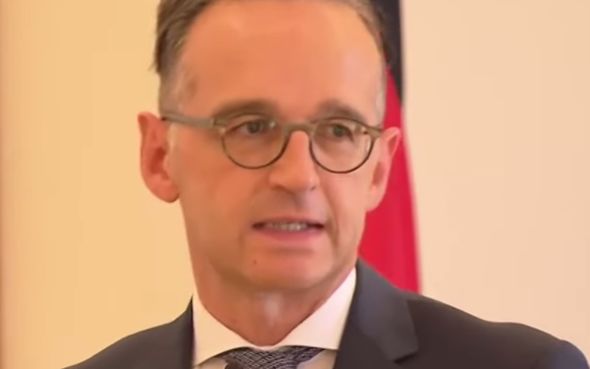 Both sides have remarked they are ready to do whatever it takes to defend their country’s soverignties and have announced they will both hold military drills in the Mediterranean.

Foreign Minister Çavuşoğlu said: “We are open to talks without pre-conditions. But, when one side starts imposing pre-conditions, then there are many things we will put forth too.

“Before anything, Greece needs to abandon its maximalist approach, we are in favour of negotiations for fair sharing but nobody should lay down preconditions.

“This cannot happen with preconditions laid down by Greece. If you make statements such as ‘we will defend our rights, we’ll carry out drills,’ we do not say we will make a mistake but we will do whatever is necessary without hesitation.” 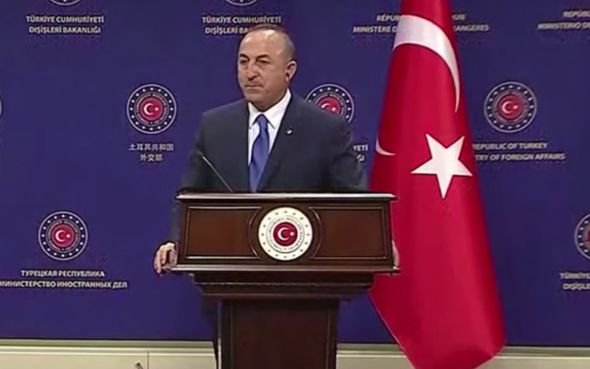 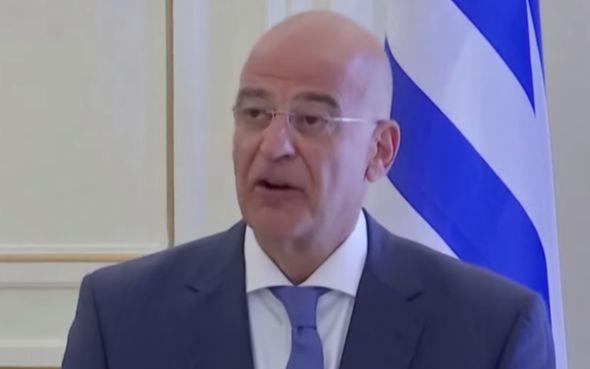 He added: “Therefore do not get egged on by those countries, act with common sense.”

Tensions between Turkey and Greece have existed for decades but Ankara announcing the extension of the oil-exploration mission of its Oruc Reis vessel in the disputed area of the Mediterranean Sea between Cyprus and Crete.

But despite the opening from Turkey, Greece has maintained they will not agree to any dialogue until Ankara ends its “threatening” behaviour.

Greek Foreign Minister Nikos Dendias denounced ongoing “provokations” as he accused Turkey of seeking to extend its influence across the Mediterranean. 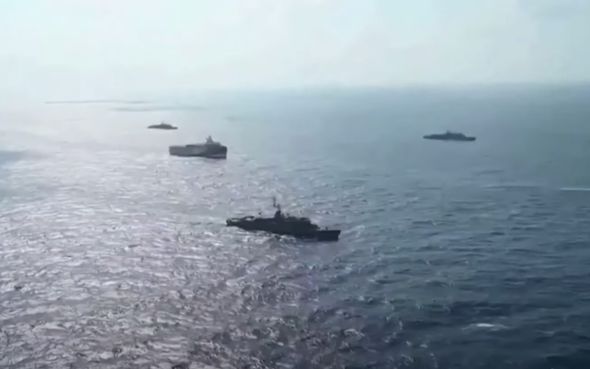 Mr Dendias said: “As we speak, Turkey continues to act illegally, to escalate, to provoke.

“Instead of a de-escalation, we are witnessing new provocations.

“We are witnessing the attempt to implement expansionist aims against neighbours and allies.