DUBLIN/BRUSSELS (Reuters) – European Union Trade Commissioner Phil Hogan will resign on Wednesday after days of pressure over alleged breaches of COVID-19 guidelines he committed during a trip to his native Ireland, a spokesman for the commissioner said. 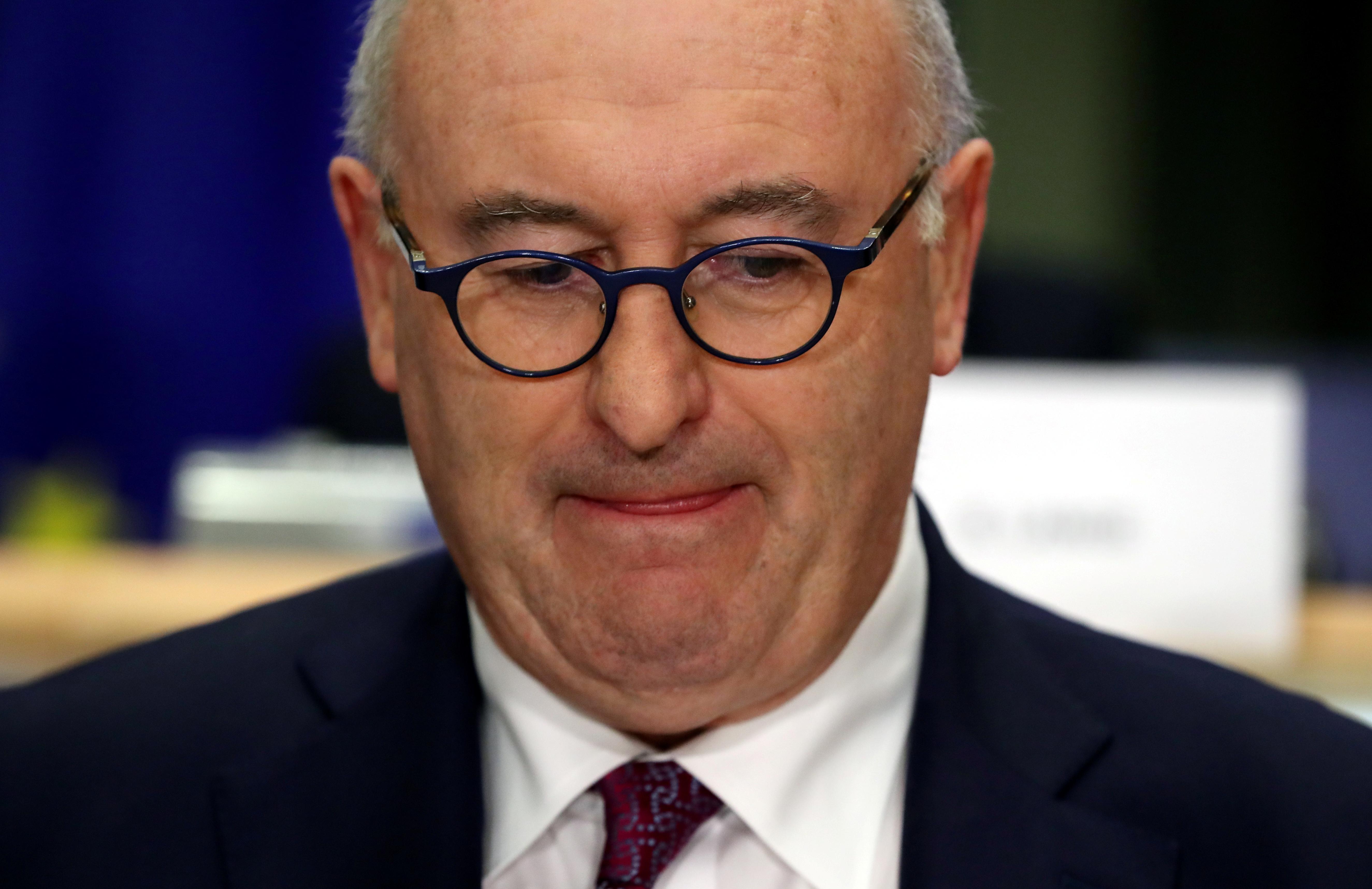 The forced exit of a heavyweight from the EU’s executive will be a blow to the credibility of the team led by European Commission President Ursula von der Leyen for less than a year.

The Commission will play a key role in pushing across the line a 750 billion-euro recovery fund for EU economies hammered by the coronavirus crisis, and Hogan himself had been making headway in fraught trade talks with the United States.

Hogan attended a golf dinner last week that outraged the Irish public and led to the resignation of an Irish minister and the disciplining of several lawmakers. He had insisted on Tuesday that he adhered to all rules during the trip.

The commissioner, who oversees trade policy for the world’s biggest trading bloc, apologised three times for attending the event with some 80 others. But he came under pressure when it became clear he had not completed 14 days of self-isolation in line with the rules for incoming travellers to Ireland.

Hogan was asked by von der Leyen to provide a detailed account of his 20-day trip, which included three visits to the county of Kildare, two made, he said, to collect essential trade documents and his passport even though it was in a local lockdown.

Irish Prime Minister Micheal Martin and his deputy Leo Varadkar, leader of the Fine Gael party for whom Hogan served as a minister, said on Tuesday there were clear breaches of COVID-19 public health guidelines during Hogan’s trip.

Hogan’s resignation, less than a year into his term in trade and six years after he was appointed Agriculture Commissioner, means Ireland will have to nominate a new representative to the commission. It may not retain the same brief if von der Leyen opts to reshuffle her team.

Potential nominees include Foreign Minister Simon Coveney, Mairead McGuinness, a vice president of the European Parliament, and Richard Bruton, an experienced former minister who missed out on a cabinet post in June, Irish newspapers have reported.

All three are member of Hogan and Varadkar’s Fine Gael party.