Home » World News » Euro 2020: Italy through to final after beating Spain on penalties at Wembley

Italy are through to the Euro 2020 final after beating Spain 4 – 2 in a penalty shoot-out at Wembley.

Both teams missed their first spot kicks, with the Spaniards’ second miss from Alvaro Morata meaning Italy knew the next kick could send them through.

Chelsea’s Jorginho confidently rolled in, sending the Italian players and fans into ecstasy. 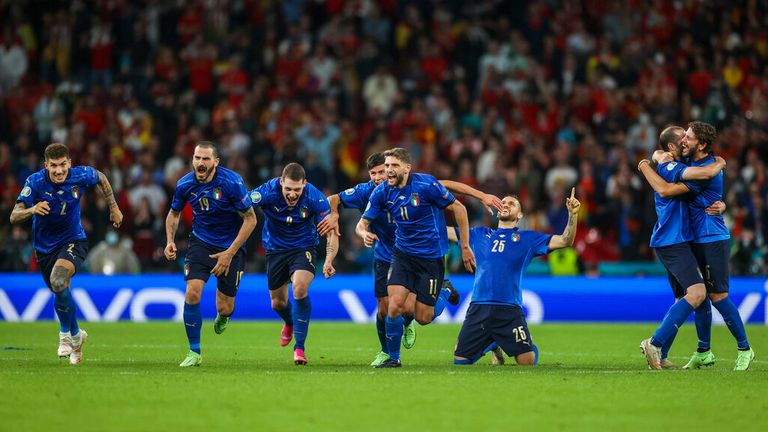 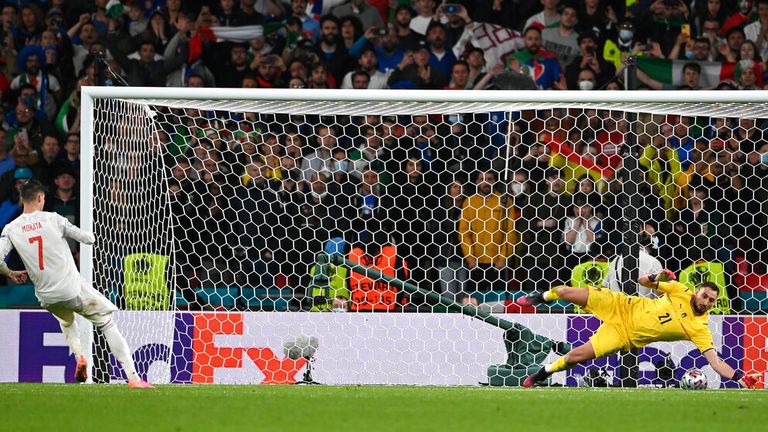 Regular time saw Spain dominate a bright and entertaining first 45 minutes, but it was the Italians who broke the deadlock – 15 minutes into the second half.

Federico Chiesa picked up the ball just outside the area before cutting inside and firing with pinpoint accuracy into the corner of the net.

The Juventus striker ran down the middle, played a one-two with Dani Olmo, and calmly slotted home. 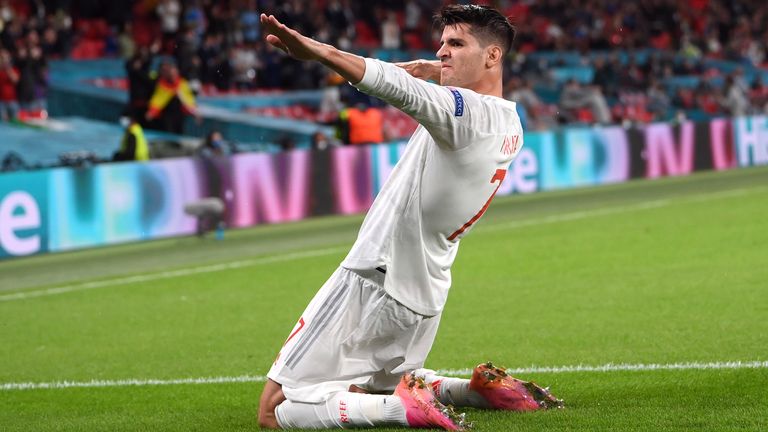 With a 1-1 stalemate at 90 minutes, extra time beckoned but the teams still couldn’t be separated.

England now know their opponents should they beat Denmark on Wednesday.

Gareth Southgate earlier said the pressure to reach their first European Championship final was a big “motivator” for his team.

Some 60,000 fans are expected for the game, with the home advantage making it a golden opportunity for England to set a up a dream final on Sunday.