Home » World News » Europe Covid vaccination compared: How many people have had the vaccine? UK leads the way

UK should ‘give some vaccine supply to Europe’ says O’Neill

Europe was the second continent to report coronavirus cases after Wuhan City in China first reported cases of Covid-19 in late 2019. By March 13, 2020, the World Health Organization considered Europe the active centre of the pandemic. Six European countries are counted within the top 10 number of cases around the world. But how are European countries handling the mass vaccination initiative?

Parts of Europe are still reporting alarming growth in the rate of coronavirus cases.

For instance, Portugal has been shown to have an alarmingly increasing rate of Covid-19 in the past week.

Last Thursday, January 28, Portugal reported 13,000 new cases, which in terms of its population size of 10.28m represents a shocking rate of growth.

The number of active cases rose 242 percent during January to 181,623, almost 1.8 percent of the total population.

Overall, 50 percent of the new Covid-10 cases in Lisbon and a third of cases nationwide resulted from the new UK Covid variant according to health officials. 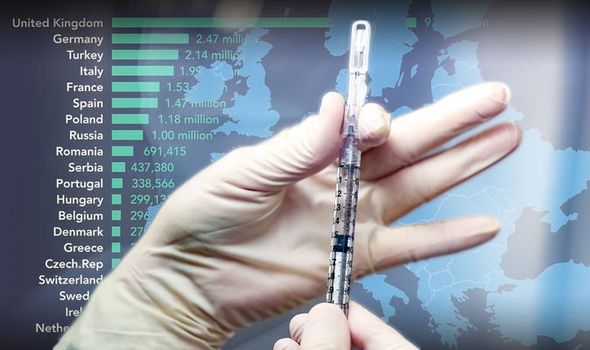 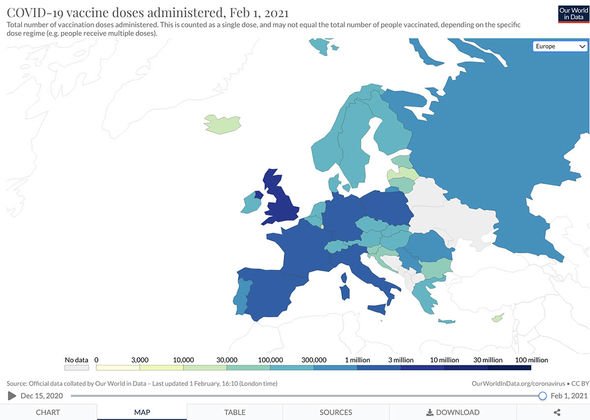 The European Union’s vaccination effort came under fire last week, facing criticism for the slow rollout of vaccinations across its member states.

European Commission President Ursula von der Leyen defended the EU’s vaccine strategy insisting it is at the beginning of “a marathon”.

Under fire for her handling of the AstraZeneca row last week, she said the EU has made a “good choice” of vaccines and is on track to get 70 percent of Europeans vaccinated by the summer.

She told La Repubblica: “It is true that other countries started earlier, but we preferred safety to shortcuts.” 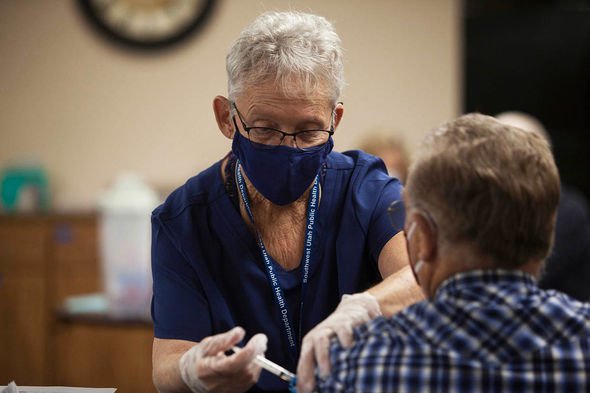 More than 89 million people around the world have been vaccinated so far.

The highest number of vaccinations have been delivered in the United States, which has seen 26 million people vaccinated so far, followed by 24m in China.

The UK has the third-highest number of vaccinations around the world with 9.2 million people.

In terms of percentage of population vaccinated, the UK, at 13.95 percent, has the seventh-highest rate behind Gibraltar, Israel, the United Arab Emirates, Seychelles, American Samoa and Palau. 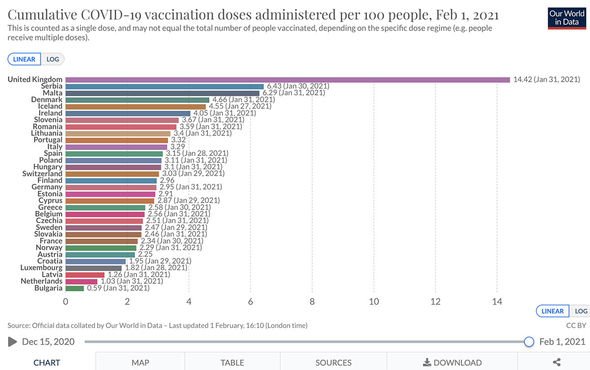 How many people in Europe have been vaccinated?

In terms of total vaccinations given to European countries so far, the continent has reported a total of 26.18m vaccinations have been delivered across Europe.

The data reveals the highest number of vaccinations have been given in the following countries:

The following countries have the lowest number of vaccinations under their belts: 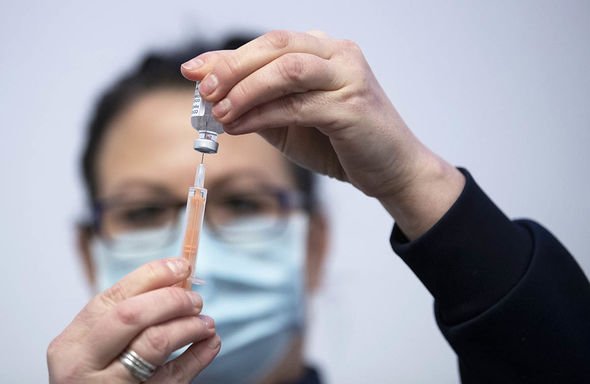 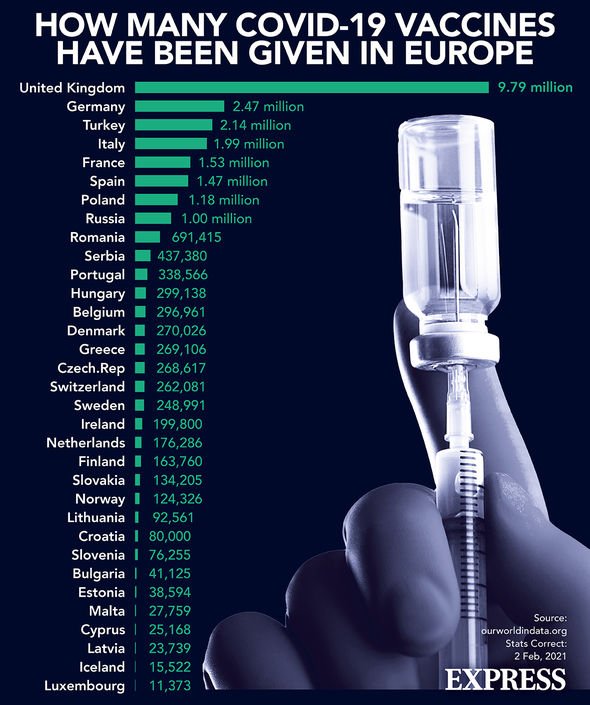 In terms of population size and percentage of population vaccinated, the following European countries have delivered the highest rates of vaccinations so far:

The lowest rates of vaccination compared to population size are as follows:

Why is the UK leading the way in the vaccination rollout?

There are a number of reasons behind Britain’s rapid vaccine rollout including: