Forecasters’ models indicate a heatwave will persist across much of Italy for the next three days. Temperatures will hover between 28C to 36C (82-97F) across much of the country, with peaks of around 38C to 40C (100-104F) in central and southern Italy.

The Italian Meteorological Service has warned temperatures above 38C (100 F) are possible in Basilicata, Calabria, Puglia, and Sicily regions from today to Sunday.

The hot weather may be punctuated by thunderstorms in some areas over the coming days, especially in northern Alpine regions.

As of June 24, authorities have issued the following weather warnings across Italy: 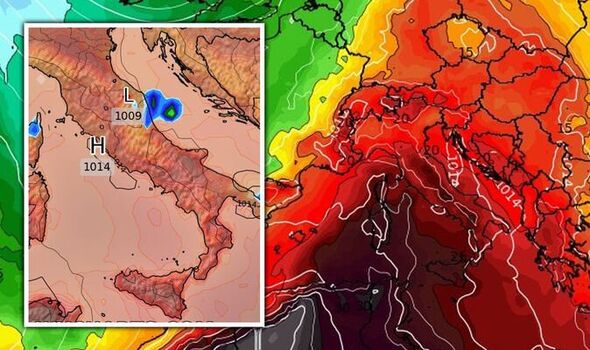 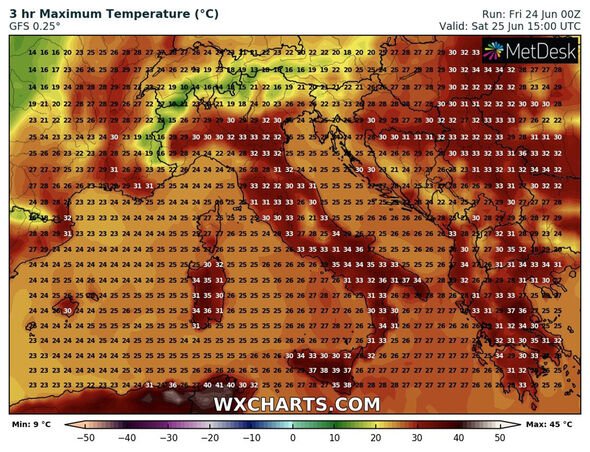 On Wednesday, Italian regional officials met with the head of the Civil Protection, Fabrizio Curcio, over the heatwave.

The regions “have called for a state of emergency”, Meuccio Berselli, secretary general of the Po-MiTE River Authority said.

He added: “Let’s remember that the state of emergency serves to do things.

“We are working to define what the activities are that follow the state of emergency, which is not an idea but consists of a series of actions that must be done.

“Together with the declaration, the actions have to come, so we are working on it.

“Summer hasn’t even started yet and we are without water resources, it’s the perfect storm.” 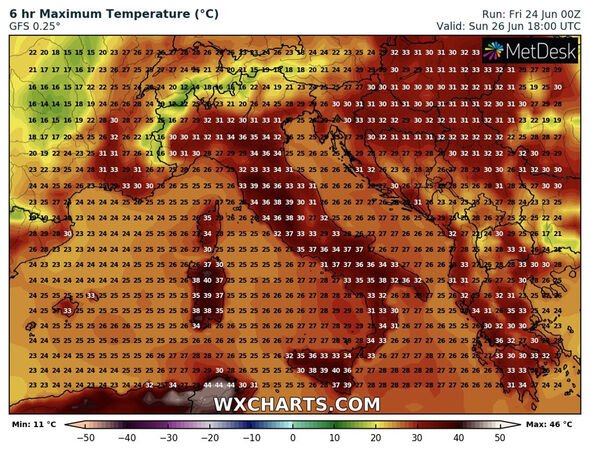 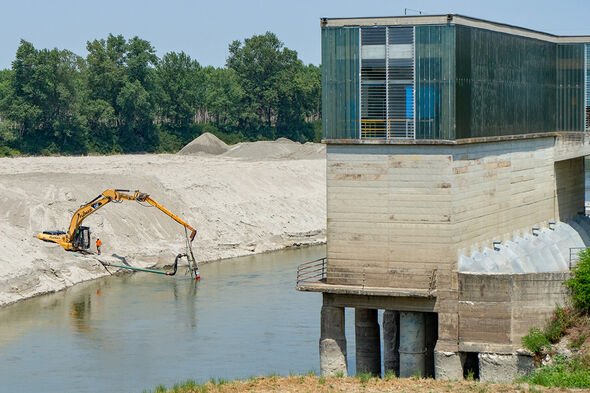 Meanwhile, the River Po, the country’s largest, is three metres lower on average and is turning into an expanse of sand after barely any rainfall for 110 days.

The drought, the worst since 1952 according to the Po Basin Authority, has led to drinking water being rationed in 125 municipalities across the region.

Crop irrigation has also been threatened in the most densely populated and intensively farmed area of the country.

Lake Maggiore is close to its lowest level since 1946.

The drought has unearthed relics that are typically covered up by its flowing currents.

In the northern village of Gualtieri, situated roughly between Florence and Milan, the river is so dry that a World War II-era barge has emerged from the river.

UK told it will ‘vanish’ in Putin nuke threat 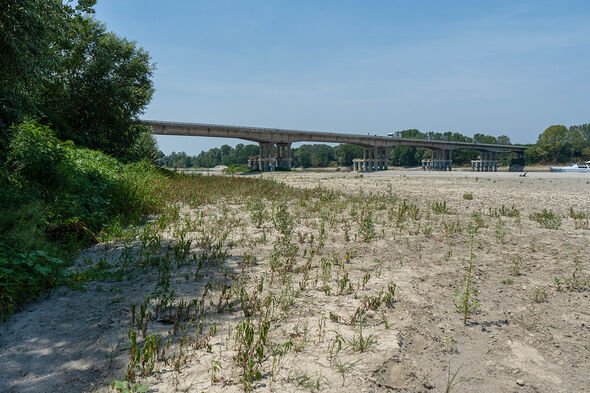 Across Europe, more than 200 monthly temperature records broken across France and countries including Switzerland, Austria, Germany and Spain have recorded all-time record heat.

The Met Office said heat building from Europe is actually starting to dissipate, therefore reducing the chances of the south east getting a fleeting blast of scorching North African air next week.

Experts had originally said there could be a spike in temperatures towards the end of June due to the continent’s heatwaves. 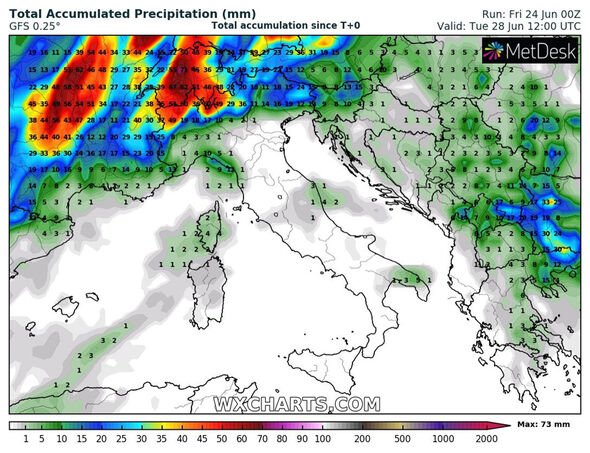 “The recent two bouts of heat have been connected with the event in continental Europe, but we have also had influences from the Atlantic too which have brought in the unsettled and fresher conditions that we will also be experiencing from the weekend onward.

“The indication is that the unsettled conditions will ‘stick’ for a while, but it is always possible that another hot spell or two will be possible later in the summer.

“I certainly wouldn’t assume that summer is over.”