We follow Jason Zafeirakopoulos as he drives into the Rhodes countryside, past a blackened landscape on either side.

Fire has destroyed vast swathes of territory leading up to his family’s vineyard. And most of the vineyard itself.

He is clearly emotional as he describes the night the flames licked around his property. Terrified of losing his home, he utilised the vineyard’s irrigation system to help firefighters try to control the blaze. The property was saved but not the rows of grapevines that provide him with his livelihood. “As far as the vines are concerned, I think everything is destroyed,” he tells me.

It is hard for him to look out on the withered and burned vines he has spent so long cultivating. But he tries to be philosophical. 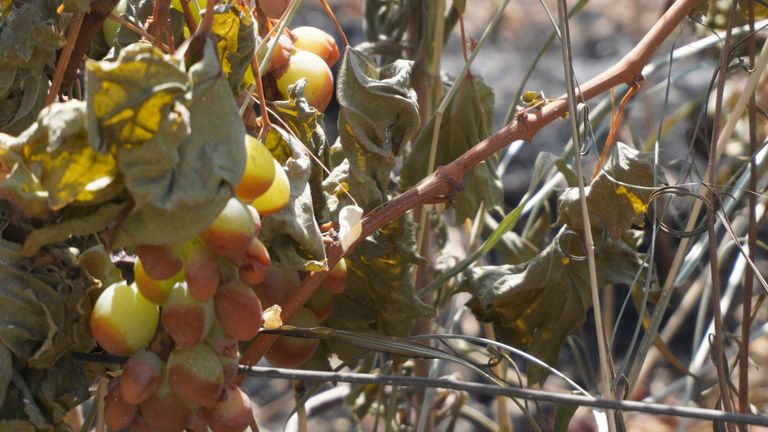 “We are thankful that we still have our home and our buildings for our business because the flames came so very close that we might have been homeless today, so I guess we are thankful for that. But we do struggle to figure out how we are going to recover.”

It has been a difficult week for so many on this island. High temperatures and wind have made for a toxic mix for firefighters and the military trying to contain blazes and prevent them spreading to residential areas.

Many villages were threatened and in Maritsa, residents were forced to leave their homes as fire encroached on properties.

Today they were able to return but with the caveat they may have to leave again. 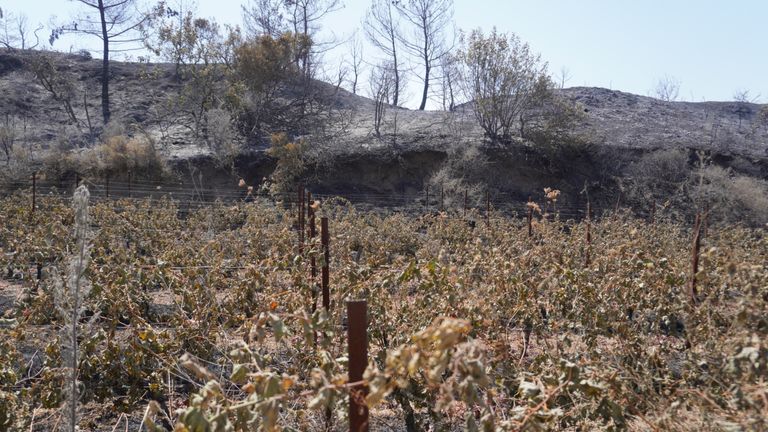 We met some of them and they talked about how terrifying it was before they got out.

Mike Koulianos tells me it’s the first time they have ever had to flee the village. He says he ran away. He wanted to help fight the flames like others in the village but because he has a bad back he couldn’t.

And now he’s left contemplating why things are getting worse. He says he has noticed how summers are changing. The season seems hotter in recent years and he tells me he puts that down to climate change. 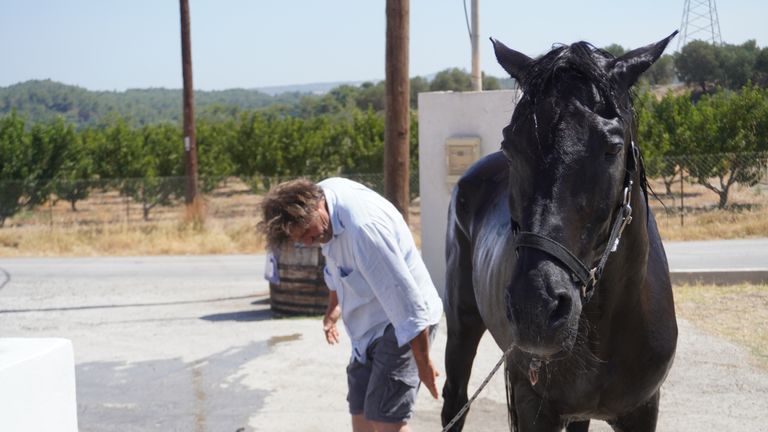 “We can see this every day, we have problems with the weather. Today we have 39 degrees. It’s very hot. Everything is changing for the worse.”

And when I ask why, he answers simply: “Climate change.”

“Of course it is”, he says. And he points the finger at big business saying, “Especially the people who have factories and all that – everything starts from there. They have to do something so we can follow.” 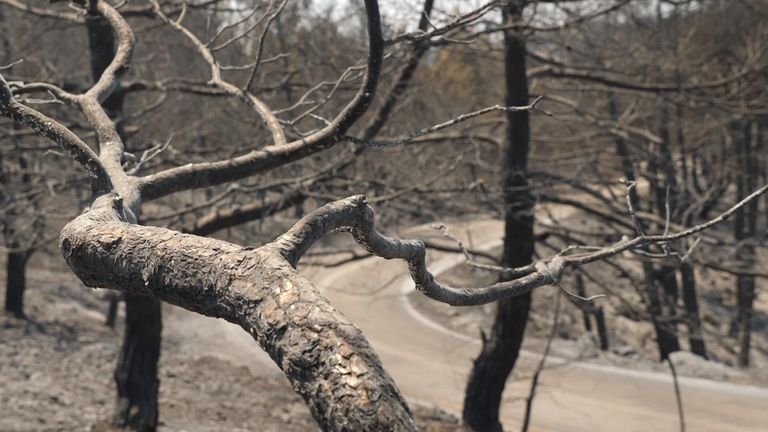 Other residents agree. This week’s fires – the worst many here have seen in their lifetime – have been something of a wake-up call. It’s given them pause for thought and also concern given the warnings that temperatures may rise further in years to come.

They will not be able to escape the reality of what has happened. Scorched earth surrounds them, blackened hillsides and the constant noise of emergency crews racing through the streets, planes and helicopters dumping water from overhead. The risk to this island and its inhabitants is far from over.