LONDON (Reuters) – Prime Minister Boris Johnson on Sunday announced there would be no immediate end to lockdown in Britain, but he outlined plans to begin gradually easing some of the measures which have shut down much of the economy for nearly seven weeks. 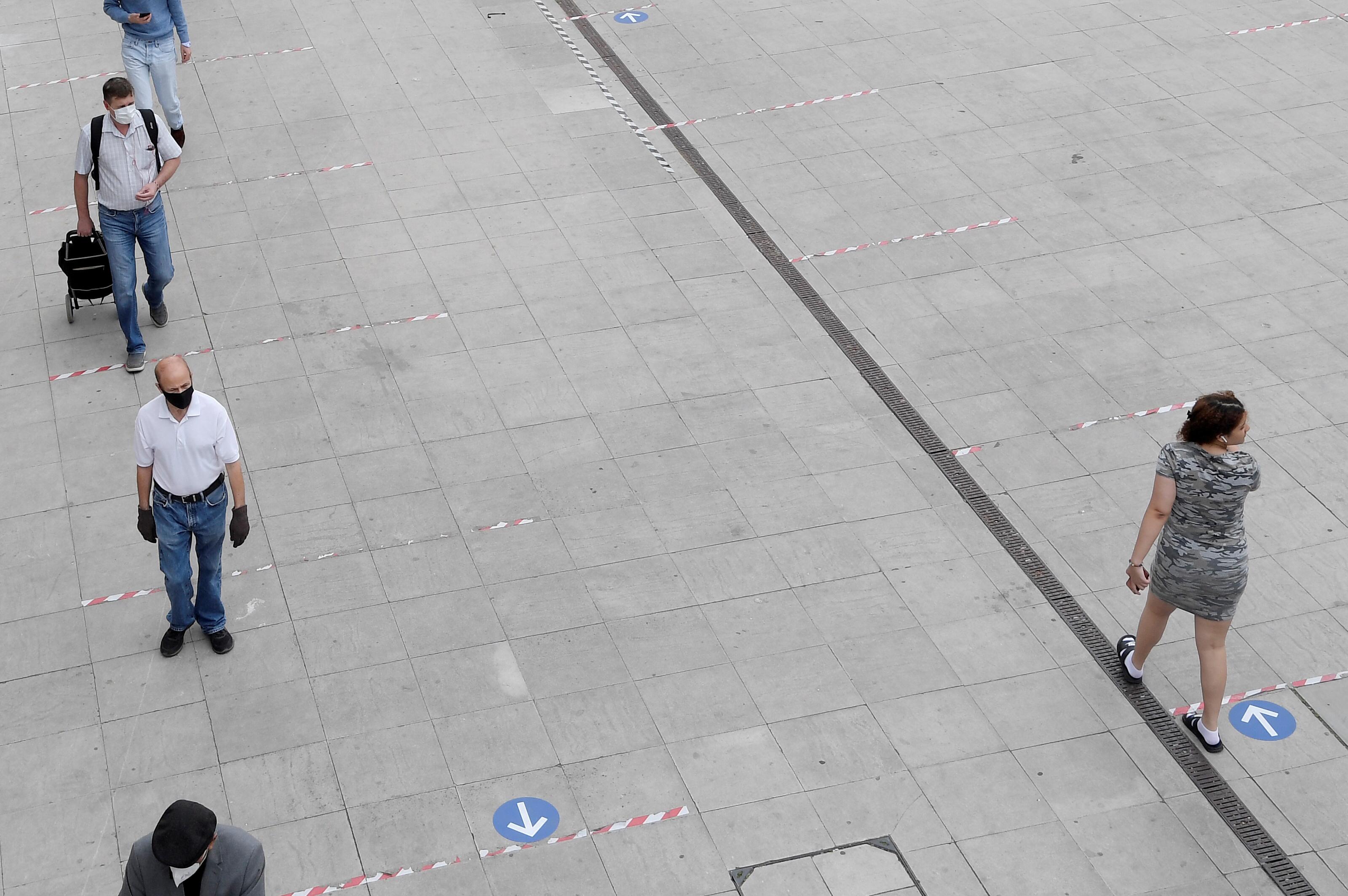 Following are some of the changes he announced, with further details due to be announced to parliament on Monday:

The government is replacing its main “stay at home” slogan with “stay alert”. Government officials have said, however, that people will still be told to stay at home as much as possible.

In a government poster published by Johnson on Twitter on Sunday, the new guidelines included “limit contact with other people”.

A government official said there was no change in the advice for the most vulnerable people, who have been asked to shield themselves, but others could, for example, sit next to a friend in the park as long as social distancing measures were respected.

Johnson said fines for breaking social distancing measures would be increased. The fine is now expected to be 100 pounds, halved to 50 pounds if paid within 14 days.

From Wednesday, people will be allowed to take unlimited amounts of outdoor exercise, sit in the sun in a local park, drive to other destinations and play sports, such as golf, tennis or angling, but only with members of their household.

Johnson said those who can work from home should continue to do so but anyone who cannot, such as those working in construction and manufacturing, “should be actively encouraged to go to work”.

Johnson said that at the earliest by June 1, Britain might be in a position to begin the phased reopening of shops and to get primary pupils back into schools, in stages, beginning with the youngest and oldest year groups.

A government official said the government would want to see the other years going back to school before the summer holidays.

“Our ambition is that secondary pupils facing exams next year will get at least some time with their teachers before the holidays. And we will shortly be setting out detailed guidance on how to make it work in schools and shops and on transport,” Johnson said.

Other year classes in secondary schools are not expected to return to school before the summer holidays.

At the earliest by July and if the numbers on infection rates support it, Johnson said there could be the re-opening of at least some of the hospitality industry and other public places, provided they are safe and enforce social distancing.

Some of the hospitality industry could include restaurants or cafes with outside seating and public places could include places of worship.

The requirement for buses, trains and underground rail services to maintain social distancing rules means they will only be able to carry vastly reduced passenger numbers, with public transport capacity expected to drop by around 90%.

Johnson urged those returning to commuting to consider cycling, walking or driving to work instead.

Johnson said the government was establishing a new Covid Alert System run by a new Joint Biosecurity Centre. The Covid Alert Level will be determined primarily by the reproduction rate of the disease, or R, and the number of coronavirus cases.

There will be five alert levels. Level One means the disease is no longer present in Britain and Level Five is the most critical and be used to flag the risk in different areas, allowing the government to tighten restrictions where necessary.

Johnson said to prevent re-infection from abroad “it will soon be the time … to impose quarantine on people coming into this country by air.”

In a joint statement issued following a conversation between Johnson and French President Emmanuel Macron, France and Britain said no quarantine measures would apply to travellers coming from France for now and “any measures on either side would be taken in a concerted and reciprocal manner”.

Scottish First Minister Nicola Sturgeon said the only change she would be making to lockdown measures in Scotland would be to allow people to exercise more than once a day from Monday.

“We do not, at this point, want to see more businesses opening up or more people going to work,” she told a news conference. She added that her government would assess over the coming week whether it was possible to extend the range of permitted outdoor activities, reopen garden centres and allow some outdoor work to resume.