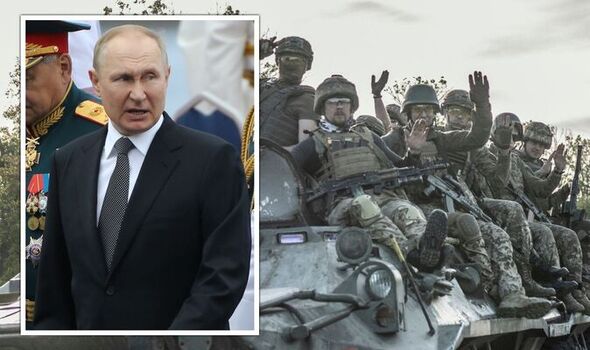 The Kremlin’s assaults northeast of Donetsk have made painfully slow progress. And Vladimir Putin is also desperate not to lose the key city of Kherson in the south – which Ukrainian forces are threatening to retake.

The MoD said: “Russia has likely identified its Zaporizhzhia front as vulnerable in need of reinforcement.”

It said the invaders were in danger of being cut off in Kherson, adding: “Ukraine has used its new long-range artillery to damage at least three of the bridges across the Dnipro River which the Kremlin relies upon to supply the areas under its control.

Meanwhile, it emerged Britons John Harding, Dylan Healy and Andrew Hill will face a Russian “court” in the Donetsk region, accused of being mercenaries.