Italian military has locked down a nine-storey squat, where 18 people share one toilet, after residents tested positive. 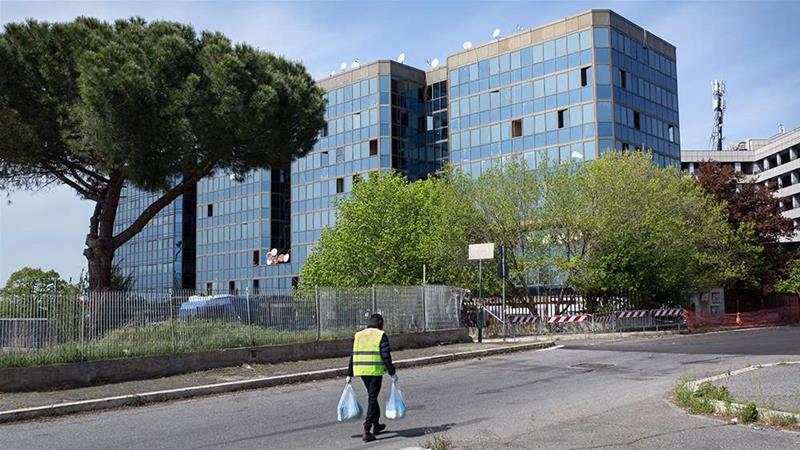 Rome, Italy – Volunteers unload stuffed-full plastic bags from the back of a car while two women from the Horn of Africa wait for their groceries behind the fence of “Selam Palace”, home to as many as 500 asylum seekers and refugees from Eritrea, Ethiopia, Somalia and Sudan.

They have been living behind closed doors since April 6, after two coronavirus cases were found inside their nine-storey squat. The army has closed the road to the main entrance, fenced off the whole area, and is patrolling all ways in or out.

“We just saw the police coming. Nobody notified us of anything,” 40-year-old Eritrean refugee Bereket told Al Jazeera.

Selam Palace is the largest building in Rome to become a squat for refugees and migrants, who struggle to afford the Italian capital’s rental costs. Experts estimate there are another 110 occupied buildings in the Eternal City.

The president of the local municipality, Monica Lozzi, confirmed to Al Jazeera that all residents had been tested for coronavirus, and 50 were found to have contracted it.

“They are mostly asymptomatic and have already been transferred to other facilities,” she said.

Two women with their children have been admitted to a local paediatric hospital, but aid organisations are furious about the way authorities have handled the crisis.

“I’ve been repeating for years that people cannot live in these conditions. It was crystal clear that this was going to happen,” Donatella D’Angelo, a family doctor and president of the charity Citizens of the World, told Al Jazeera.

Citizens of the World have been providing a weekly health and social counselling service to the refugees, who first occupied the building in 2006.

The glass-covered Selam Palace was once an office building belonging to the University of Tor Vergata on the southern outskirts of Rome, surrounded by parking lots and office blocks.

Many occupants spend their days in the courtyard, since the facility cannot cope with the hundreds of people in it. 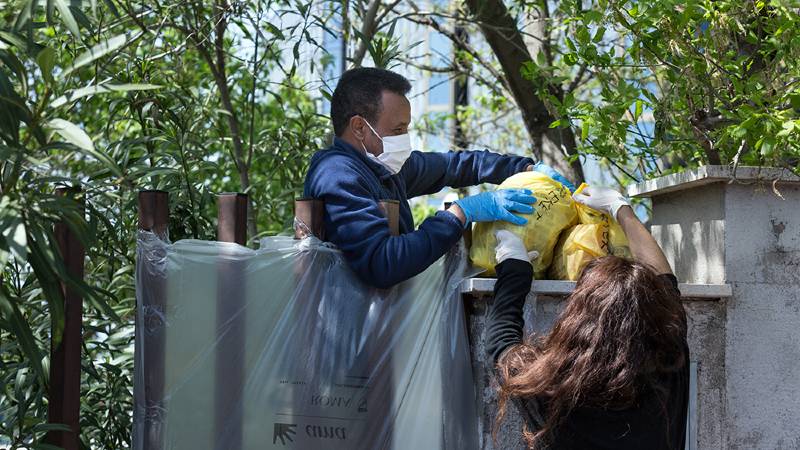 “Overcrowding, a lack of ventilation and of any means to heat and cool these spaces render the environment unhealthy – and a perfect ally in the transmission of COVID-19 [the disease caused by the virus],” Dr D’Angelo said.

In early 2012, Nils Muiznieks, the then-commissioner for human rights for the Council of Europe, paid a visit here and met its residents. “Places such as Selam Palace should not exist,” he wrote afterwards.

There is one toilet for every 19 people, and a shower for every 33 people, Citizens of the World reported in 2018. Residents have divided the office spaces with plasterboard to construct more rooms, but five or six still share each bedroom.

At the beginning of March, the aid organisation wrote to local health authorities, the president of the municipality and the regional governor. But its warnings remained unheeded until residents found out about the first infection.

“And when they finally listened to me, they sent the army,” said Dr D’Angelo. “That’s outrageous.”

The aid organisation cast doubts over the measures to limit the infection here.

“Testing with swabs started last week, but then they stopped for Easter,” notes social worker Guendalina Curi. “Are we sure that those deemed as negative have not been infected in the meantime?”

Residents are worried too, since authorities did not evacuate the relatives of some of those who tested positive, and social distancing here is practically impossible.

‘Failure of the system’

In Italy, the coronavirus pandemic has further exposed the state of emergency refugees and migrants live in every day.

“Selam Palace represents the blatant failure of our reception system, because people accept to live in these conditions just to have a roof over their head,” said Dr D’Angelo.

Despite some successful examples of residents travelling to other European countries and beginning a new life there, Dr D’Angelo says at least half of the residents have been stuck here since 2006. Most barely speak Italian.

Bereket works as a porter in a delivery company and is a union activist. But finding accommodation has proved hard for him, too.

“You have no permanent contract, and you are a foreigner and Black; it’s not easy to rent a room,” he said.

Before moving to Selam Palace, he lived in an occupied office block in Via Curtatone, with another 800 Eritrean and Ethiopian refugees.

Looking to the future, it is discrimination that scares Bereket more than coronavirus.

“If they say that this is a ‘red zone’,” he says, “how would people react when we finally get out to go to the supermarket?”