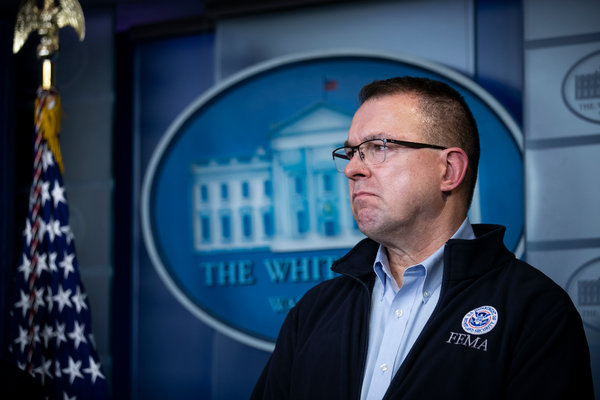 By Christopher Flavelle and Zolan Kanno-Youngs

WASHINGTON — The agency leading the nation’s coronavirus response said that seven of its employees had tested positive for the virus with another four cases pending, though in a letter to its employees’ union, it declined a request to say where they were located, prompting criticism from the union that the agency was jeopardizing public health.

Union leaders last week had asked the agency, Federal Emergency Management Agency, how many employees had tested positive, and in which offices, so that workers who might have interacted with those people could decide whether to get tested as well. On Friday, FEMA turned down that request, saying the union did not need to know, according to a copy of the agency’s letter to the union that was reviewed by The New York Times.

In response to inquiries from The Times, the agency on Saturday said that seven employees had tested positive for the coronavirus. “Currently, FEMA has 11 total cases — seven employees have tested positive and four potential cases are pending,” Lizzie Litzow, a spokeswoman for FEMA, said in a statement. “Individuals who need to be aware of their names and locations have been made aware.”

“FEMA has taken every precaution recommended by the C.D.C. to protect all employees,” Ms. Litzow added, referring to the Centers for Disease Control and Prevention.

Steve Reaves, president of the American Federation of Government Employees Local 4060, which represents about 5,000 FEMA employees, said that by not sharing details about the staff infections with the union, the agency was endangering other employees as well as the safety of the people to whom the agency was currently providing aid. Over all, the agency has about 14,000 employees.