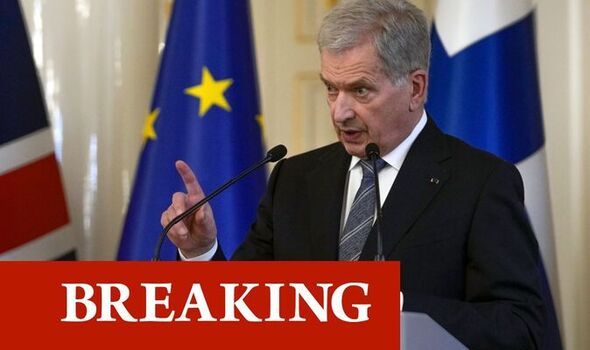 The move has been brewing for some time, but has been prompted now by Russia’s invasion of Ukraine.

Finland shares over 800 of border with Russia.

Moscow has warned Helsinki it would have to “rebalance the situation” if NATO membership is approved.

Vladimir Putin warned against further NATO expansionism before he ordered the “special military operation” in Ukraine.

Pope Francis also said this month the military alliance could previously have been seen as “barking” at Russia’s door.

He added this “perhaps facilitated” the invasion.

He described the upcoming application for NATO membership as “yet more blowback from Moscow’s war in Ukraine”.