The bleak financial data was published as Emmanual Macron contemplates imposing fresh lockdown measures across France amid a surge in COVID-19. The seasonally-adjusted drop in Gross Domestic Product was not as steep as many analysts had predicted but was worse than the performance of most of France’s fellow eurozone nations.

INSEE said: “GDP’s negative developments in first half of 2020 is linked to the shutdown of ‘non-essential’ activities in the context of the implementation of the lockdown between mid-March and the beginning of May.”

The agency also revised the figure for the first quarter when a nationwide lockdown was imposed to a 5.9 percent contraction from the 5.3 percent it had previously estimated.

The French economy has now shrunk for three consecutive quarters and analysts warn the recession is likely to persist even as spending begins to revive. 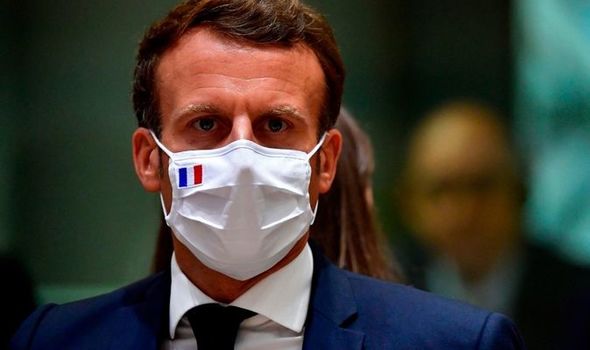 France’s second-quarter contraction was much sharper than Germany’s record 10.1 percent fall while Austria suffered a 10.7 percent decline and Belgium a drop of 12.2 percent.

Spain suffered an 18.5 percent plunge in second-quarter GDP in the wake of one of the most stringent COVID-19 lockdowns in Europe which brought its key tourism sector to its knees.

Analyst Jessica Hinds from Capital Economics said: “While the catastrophic collapse in French Q2 GDP was hardly a shock given the country’s stringent lockdown, it still highlights the sheer extent of the economic damage wrought by the pandemic.” 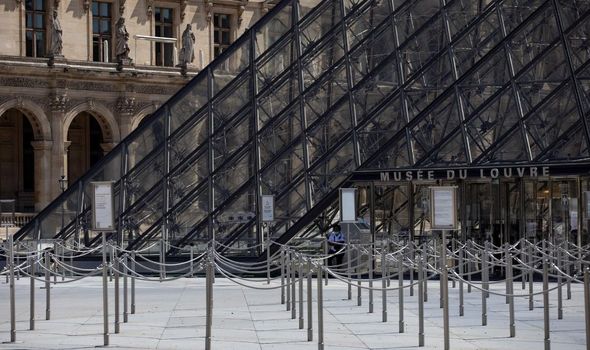 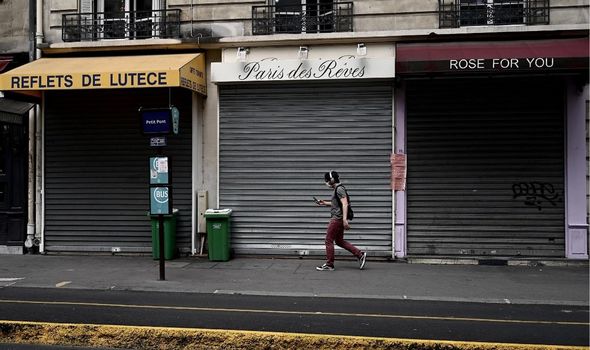 Investment fell 17.8 percent while the lockdown and travel restrictions battered the transport sector which was down 46 percent and the restaurant and hotel sectors, which suffered a 57 percent plunge.

INSEE said: “The gradual ending of restrictions led to a gradual recovery of economic activity in May and June, after the low point reached in April.”

Mr Macron has promised a €100 billion recovery plan of spending and investments, having already spent at least €460 billion to limit the social and economic devastation.

Many employees are being paid by the state to help limit outright layoffs by companies hit hardest by the lockdown.

Finance minister Bruno Le Maire said: “We are not powerless in the face of the crisis.

“We are going to fight to do better than the 11 percent hit to GPD forecast for the full year.”

Mr Macron said his government was doing everything possible to avoid another nationwide coronavirus lockdown but warned it would be dangerous to rule out any scenario.

He said: “We’re doing everything to avoid another lockdown and in particular a nationwide lockdown.

“We’ve learned enough to know that nothing can be ruled out. But we’re doing everything to prevent it.” 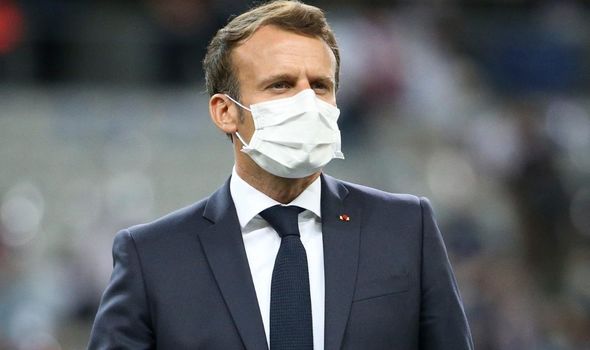 The number of coronavirus infections has spiralled higher in France in recent weeks, particularly among young people, although the number of patients receiving life-saving treatment in hospitals is stable.

Asked how the government should spur households to spend the €100 billion euros in savings they are sitting on, Mr Macron said consumers were holding back because of the continued spread of the virus, fear of unemployment and concerns about tax rises.

He said: “What we must do is get people back to work.”