Macron has ‘abandoned’ his past political stance says Oulds

The letter was signed by 20 retired generals, along with other senior officers, and at least 18 serving soldiers. In response, the French government has said the serving soldiers will face military sanction whilst ex-military signatories will be stripped of privileges.

It added “lax” government measures may require “the intervention of our [military] comrades on active duty in a perilous mission of protection of our civilisational values”.

A poll by LCI for Harris Interactive found 58 percent of the French public support the letter whilst 49 percent would back the military if it decides to “act on its own to restore order”.

Some 73 percent of respondents feared France could disintegrate whilst 86 percent believe there are parts of the country where French law no longer applies. 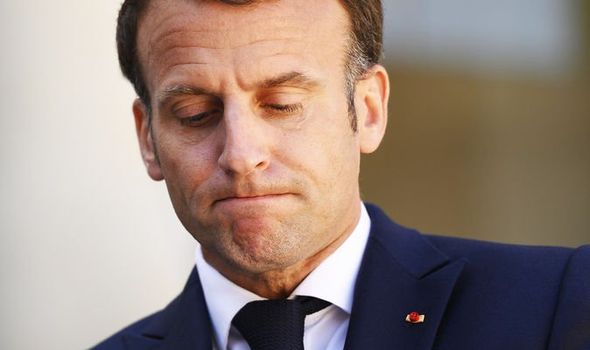 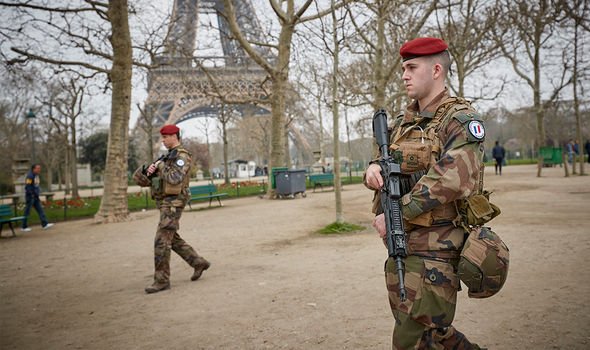 In a damning criticism of Mr Macron 62 percent said the government undermined law and order with its response to the Gilet Jaune protests in 2018-19 whilst an extraordinary 45 percent warned France should expect civil war.

Reacting to the letter French prime minister Jean Castex said those soldiers involved had violated the “honour and duty” of the army and France’s republican principles.

General Francois Lecointre, armed forces chief of staff, said serving soldiers who signed must appear before a senior military council and could be “put into immediate retirement”.

French defence ministry spokesman Herve Grandjean suggested the soldiers had violated military rules on “openly criticising the government or appealing to comrades to take up arms on national territory”. 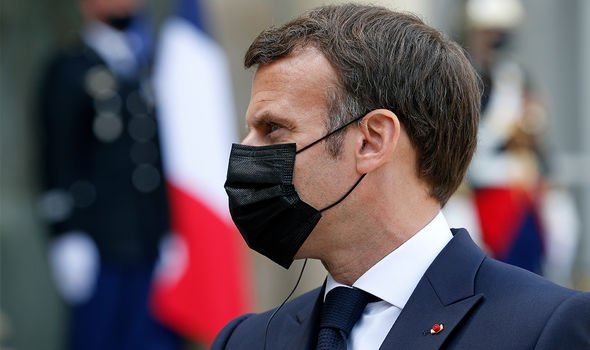 The letter was first published on the 60th anniversary of a failed coup by French generals opposed to Algerian independence.

However, the letter was welcomed by far-right National Rally leader Marine Le Pen.

In a written response she invited the signatories to “join us in taking part in the coming battle, which is the battle of France”.

This was condemned as a “call to sedition” by left-wing newspaper Liberation. 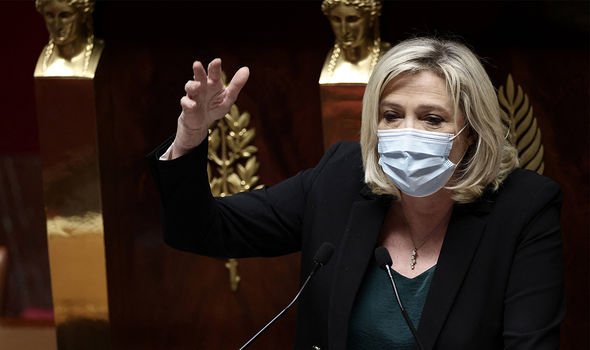 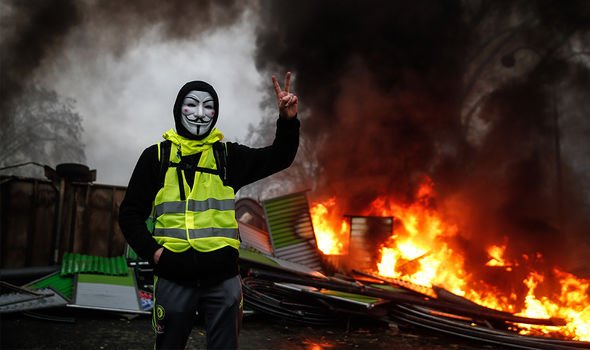 Ms Le Pen is widely expected to face Mr Macron in the crucial second round of France’s presidential election next year.

A recent Harris Interactive poll concluded Mr Macron will win in the second round by 54 percent of the vote to 46 percent.

However, the margin is much closer than in 2017 when Ms Le Pen only secured 34 percent of the vote.

France has been rocked by a series of deadly terrorist attacks over the past few years.

Last week a female police employee was stabbed to death southwest of Paris.

The attacker, a Tunisian national, was shot dead by officers.

In response, Mr Macron said France would not capitulate to “Islamist terrorism”. 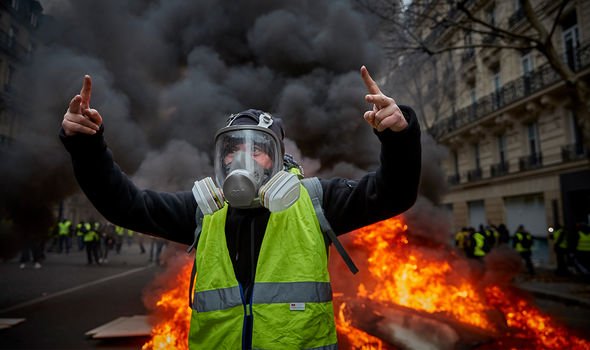 Last October Samuel Paty, a French teacher, was beheaded outside his school after showing controversial cartoons of the Muslim prophet Muhammed during a class on free speech.

The attacker, an 18-year-old Chechen, was later shot and killed by police.