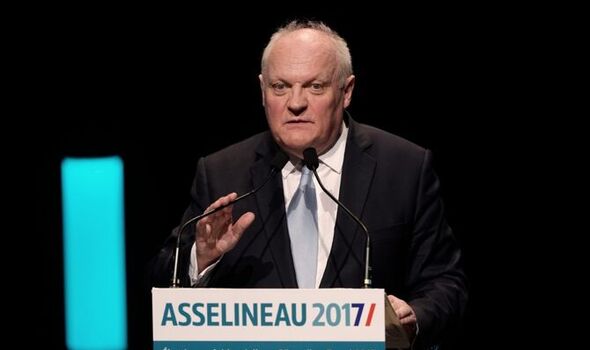 Francois Asselineau, a former councillor in Paris, has torn into Emmanuel Macron after it was reported two people had been shot dead at the Pont Neuf, which is in the square du Vert-Galant.

Mr Macron’s second term as French President took a turn for the worse after the incident occurred just hours after he celebrated his second consecutive victory at the feet of the Eiffel Tower.

Mr Asselineau, who received over 330,000 votes in the first round of the 2017 French Presidential Election, said in French on Twitter: “Sinister omen. Macron’s second five-year term begins with two people killed for refusing to comply.

“It was predictable: the re-election of Macron opens the way to omnipotence and gives wings to the prefect of police to shoot in the crowd.

Mr Macron will return to the Elysee Palace for another five years after winning his second consecutive contest against the Eurosceptic and far-right leader of National Rally Marine Le Pen.

The French President is set to receive 58.8 percent of the vote compared to 41.2 percent for the far-right candidate, according to IPSOS.

Mr Asselineau was considered a potential candidate in the first round.

However, the Frexit leader was forced to withdraw from the contest after he failed to receive the 500 signatures needed to enter the ballot.