GAZA CITY (Reuters) – Scarcely two years ago Gaza’s border with Israel was a deadly front line, with black smoke swirling around thousands of Palestinian protesters as they faced off against Israeli troops firing live ammunition. 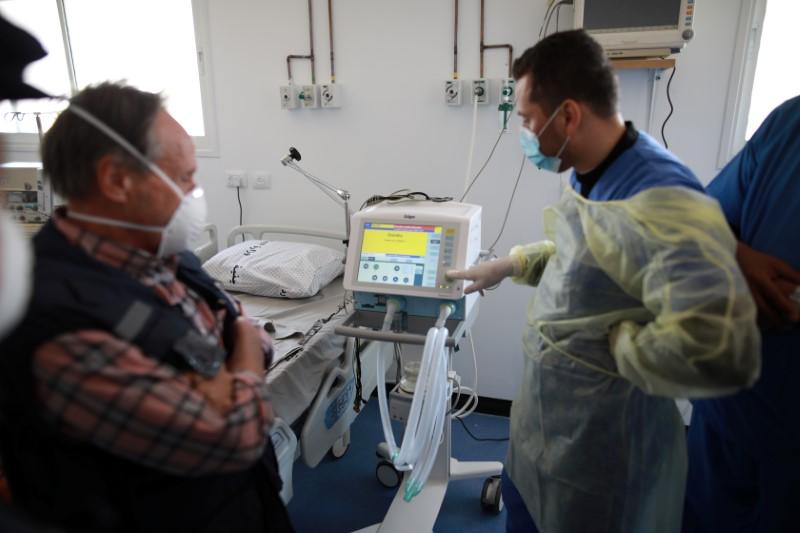 The border fence is much quieter now in the run-up to the two-year anniversary on March 30 of The Great March of Return – protests by Palestinians seeking to regain access to land, now in Israel, from which their ancestors fled or were forced to flee during the country’s creation in 1948.

And with the highly contagious coronavirus spreading, organizers and Palestinian militant factions are discussing whether to cancel or scale down commemorative events.

Whatever they decide, Gaza’s medical facilities have already switched their focus from protest casualties to the pandemic.

With nine coronavirus cases already confirmed in the Gaza Strip, hospitals that were once overwhelmed by gunshot wounds and amputations are now gearing up for a very different challenge in a densely populated, coastal enclave of two million Palestinians, many living in refugee camps.

A new quarantine center has been set up in Rafah, near the border with Egypt, and the 42-square-metre (452-square-feet)tents donated by the World Health Organisation that once served as border Trauma Stabilisation Points have been moved to tackle the new threat.

“All of the tents and medical supplies that had been used during the marches of return have been employed in the ministry’s measures to protect our people against coronavirus,” Gaza health ministry spokesman Ashraf Al-Qidra said.

“Measures have been put in place but Gaza is a very challenging environment, it is a very crowded environment,” he said. “There are shortages everywhere, in medication, in electricity and in supplies. We are trying to address this.”

It not yet clear what will happen to the weekly border protests that came to redefine the modern era of the Israeli-Palestinian conflict.

But the incompatibility of crowded protests with new health realities is not lost on march organizers. “There is a debate and it is more likely large gatherings that had been planned will be canceled,” one senior organizer told Reuters.

Gaza medical officials say 215 Palestinians were killed in the two years of border protests, with another 8,000 suffering gunshot wounds, 88 percent of them to the limbs.

During that period one Israeli soldier was killed on the border during the demonstrations, by a sniper.

In 2019 U.N. Human Rights Council investigators said Israeli forces may have committed war crimes and crimes against humanity, with children and paramedics among the fatalities.

Israel defended its response, describing the protests as riots and saying it faced attacks by militants instigated and organized by the Islamist militant movement Hamas that rules Gaza.

Last week Lieutenant-Colonel Jonathan Conricus, an Israeli military spokesman, said soldiers remained vigilant against attempts to breach the fence. “We continue to assess the situation and continue to monitor what Hamas and other terrorist organizations in Gaza are doing,” he said.

The stated aims of the protests were an end to the Israeli-led blockade on Gaza and for its refugees to have the right to return to lands in Israel where their ancestors once lived.

Israel refuses any such right of return, fearing it would lose its Jewish majority. It cites security for the blockade, after the takeover of Gaza in 2007 by Hamas, which is regarded as a terrorist organization by Israel and the United States.

In Gaza the scars of the protests are everywhere, and remain a source of controversy. 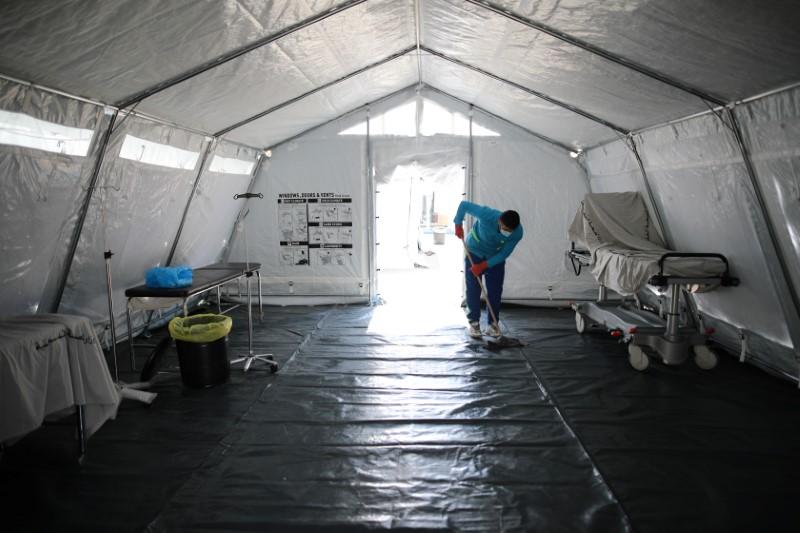 “I don’t think they achieved anything,” said Mohannad Al-Aswad, 30, who says he lost his right leg after being struck by an Israeli bullet in 2018. Once a construction worker, he now sells hot drinks at a street stall.

“I ruined my life, that of my wife and of my children,” Aswad said at his home in Sheikh Radwan. “They tell us to be strong…but my life was destroyed, I can’t fool myself.”

But Hamas official Ismail Radwan said the protests forced a relaxation of the blockade of Gaza. “The occupation wouldn’t have agreed if it wasn’t because of the marches,” he said.