BANGKOK (Reuters) – For many residents of bustling Bangkok, a daily walk or run through central Lumpini Park is considered a sanity saver, and especially these days as most people remain indoors during the coronavirus outbreak. 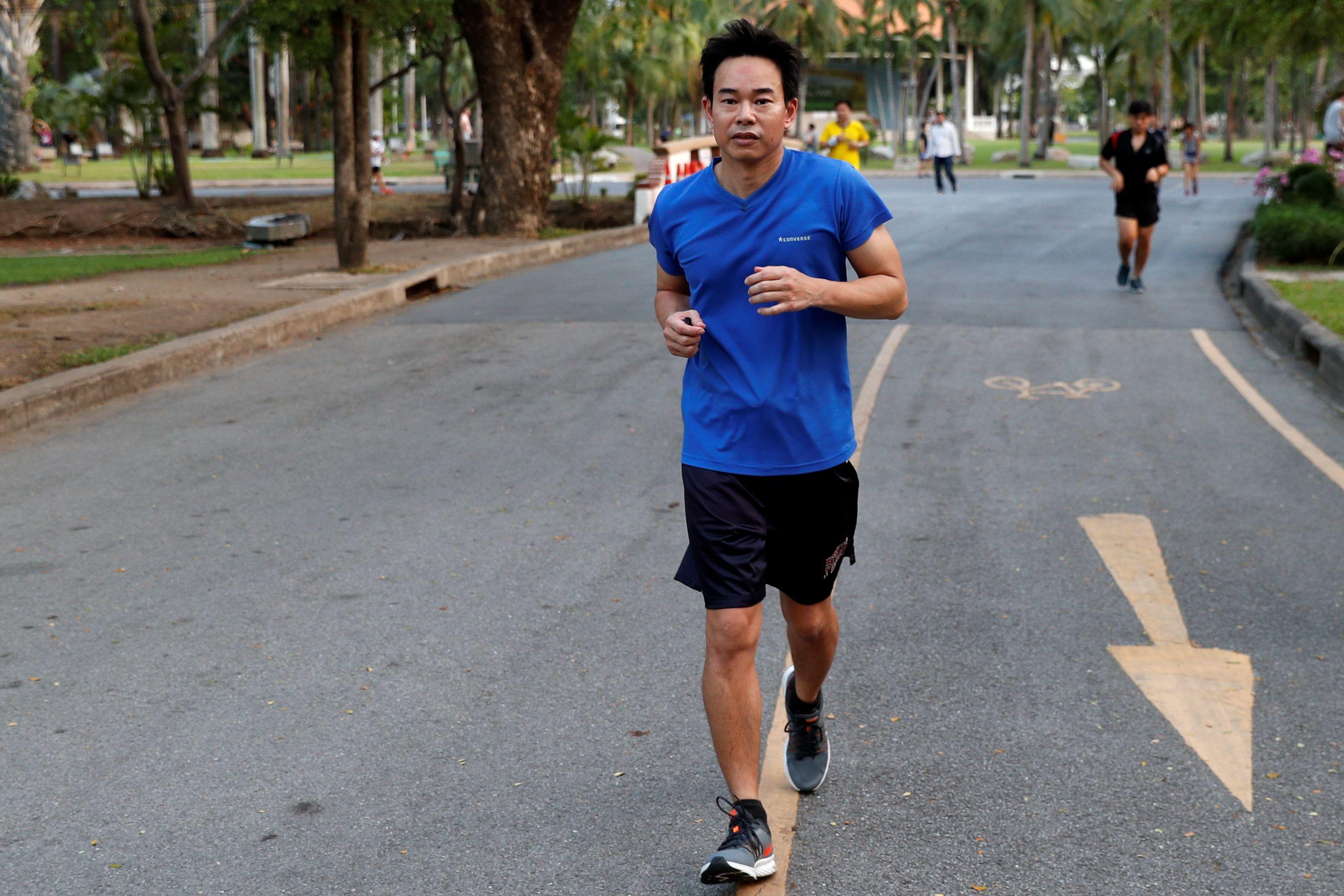 But as of Thursday, Thailand closed public parks until the end of the month as it steps up the fight against the virus, leaving many in this city of 10 million wondering how they will now destress.

“It’s such a shame. So many people will have nowhere to go,” said Chakrit Hovatanakul, who has been spending an hour or more in the park each day running and relaxing.

“Especially when I’m not working, it’s important that I keep a routine, otherwise I’ll be so depressed,” he added.

Chakrit is a 49-year-old pilot at a Thai airline and, like many other airline staff around the globe, was told by his employer to stop working for two months as the coronavirus grounded airlines. With his family overseas, Chakrit said he had been coming to Lumpini Park to lift his spirits.

Nearly half of Thailand’s 1,875 reported cases are in Bangkok, government data shows. Fifteen people have died.

Globally, the coronavirus that first emerged in China late last year has infected at least 935,392 people and killed more than 46,000.

Since March, Bangkok has closed shopping malls, schools, entertainment venues, libraries, museums, playgrounds, and sporting grounds in a bid to contain the spread of the virus.

Closures of public and private parks were part of the latest measures announced on Wednesday, just hours before they would become effective.

“We all have to change our lifestyles. Stricter measures naturally create more stress, but they won’t be announced unless really necessary,” said Varoth Chotpitayasunondh, a spokesman of the Department of Mental Health.

“We have to find ways to make ourselves happy under these new limitations,” he added.

Like Chakrit, many park-goers were taken by surprise that they were enjoying what would be the last green space outside for a while.

For some of the city’s poorest, parks have meant an affordable escape from their daily lives.

“Having the fan on all the time in my small rented room means higher electricity bills, so I come here for a few hours every day, as I have no income,” said a 62-year-old man who only gave his name as Chai, as he lounged in a corner of the park.