A study published in the journal Environmental Biology of Fishes looked at more than 3,000 shark sightings off the coast of Mossel Bay in South Africa.

Researchers wanted to see if the sharks used different habitats during various stages of life.

More than four out of five great white sharks spotted in the bay were juveniles, measuring between 1.75m and 3m in length.

No adult sharks were seen but researchers spotted “sub-adults”, which measure between 3.1m and 3.6m.

The researchers said the bay offers a sheltered environment for young sharks, with prey such as fish, rays, seals and small whales.

They believe that the juvenile sharks are using the area to learn how to hunt without having to worry about competition from larger sharks.

Also, just 6.9% of great whites sighted were identified as male, suggesting that females also prefer protected bays when they want to avoid harassment from mating males. 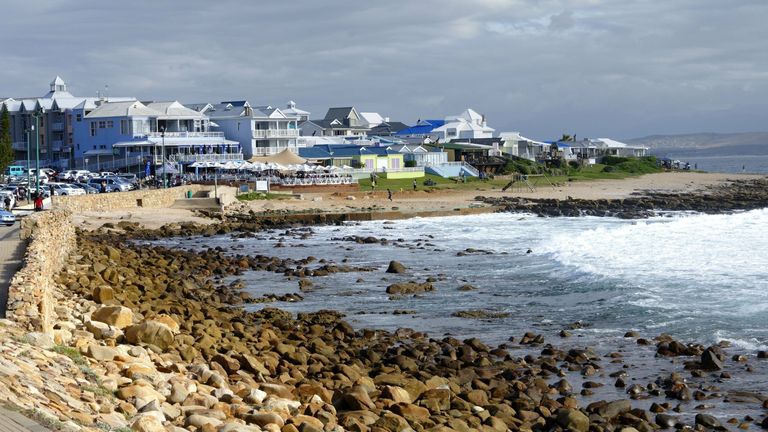 Great whites are the world’s largest predatory fish, weighing up to 1,100kg, and they use their 300 teeth to rip prey into pieces before swallowing it.

The species has been classed as “vulnerable” by the International Union for Conservation of Nature.

Dr Nicholas Ray, a researcher in Nottingham Trent University’s School of Animal, Rural and Environmental Sciences, said: “Our findings could help protect specific habitats that these sharks utilise at different stages of their life. 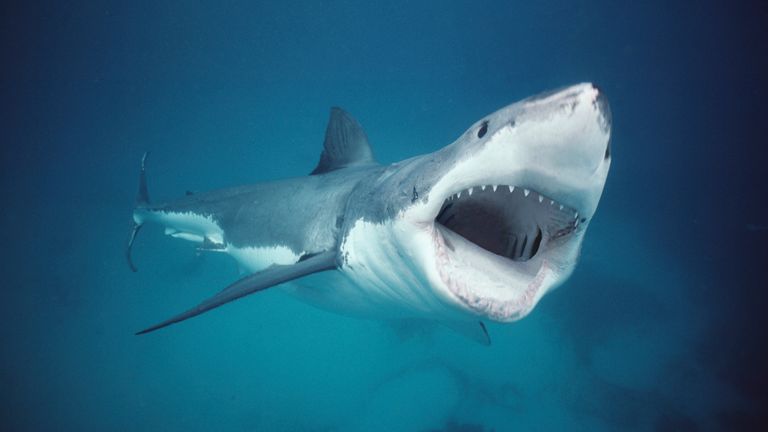 “It might also bring about further legislation to support a vulnerable species at risk of extinction.

“Very little is known about great white populations and how these sharks use different habitats during their life stages.

“We know that these sharks have capacity for social learning, and the greater numbers of juveniles sighted throughout our study suggests that younger great whites have adopted this bay as a crucial nursery and potential training ground where they can learn to hunt in relative safety.

“It appears the sheltered conditions and abundance of food are ideal and serve to increase their growth and development and help them to avoid predation, competition and harassment from larger sharks.

“It would appear they’re using these waters to prepare for adulthood.”