For years, organisations such as the International Rescue Committee, have urged for support in rehoming the refugees who were allowed to make their way from Turkey to Greece earlier this year. And with the deadly coronavirus set to sweep through the thousands of people currently occupying destitute campsites on the Greek islands,  the EU was told “there is not much time left to resolve this issue before the cases in the area explode”. Express.co.uk has told this week how the rising number of refugees entering Greece has reached unprecedented heights with more than 45,000 people, many children, currently stuck on the islands.

Those who successfully made the trip from Turkey – after it disobeyed a pact with the EU on controlled migration to the bloc – are now forced to live in devastating, cramped conditions, which should only be occupied by around 6,000.

The issue arose following Turkey’s reluctance to maintain the deal it struck with the EU four years ago.

The IRC says Turkey was unhappy with Brussels’ “flawed” approach to rehoming the migrants after they came to Greece and as a result abandoned the pact.

With pressure mounting on the Greek government to intervene, a government which has received millions of euros from EU member states, the IRC is now calling on the bloc to resolve this issue before an already worrying crisis deepens. 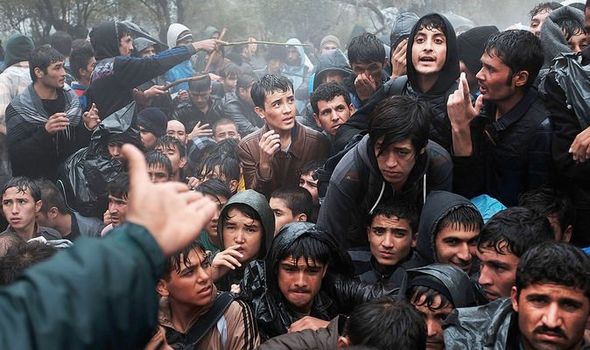 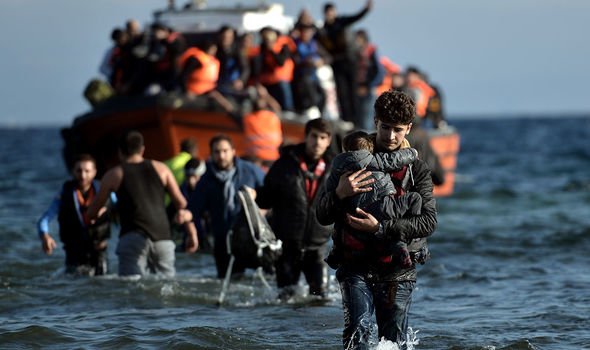 Imogen Sudbery, the International Rescue Committee’s Director of Policy and Advocacy, told Express.co.uk she fears the situation is currently like a “tinderbox ready to explode”.

She called on the EU and its member states to help move the refugees, especially children with relatives in the respective countries, before the coronavirus strikes.

Ms Sudbery explained that so far no cases of the infection had been found within the camps, but the number of cases in Greece is beginning to rise.

She said: “We do have a chance for these sensible measures to be put in place but of course we’re really concerned now with the explosion of coronavirus that these measures will not be taken in time. 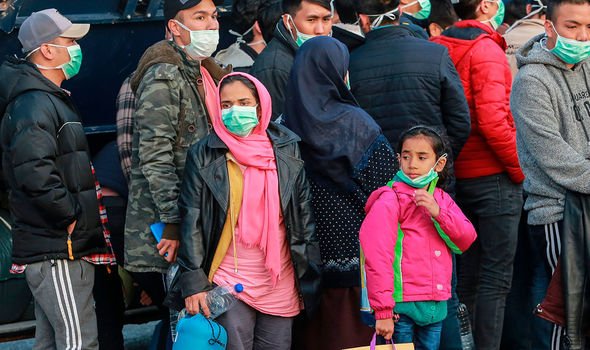 “We do have a window of opportunity with the asylum seekers on the islands before there has been an outbreak.

“Before they are showing symptoms they could be relocated away from the islands but there really is not much time left for it to happen before the situation explodes.”

Ms Sudbery added: “You can imagine that when we’re all familiar with the social distancing measures that we are all supposed to be taking and the sanitary measure in terms of simple things like hand-washing, that is entirely impossible to put in place inside these centres on the Greek islands.

“So we’re really looking at a tinderbox which is just ready to explode. 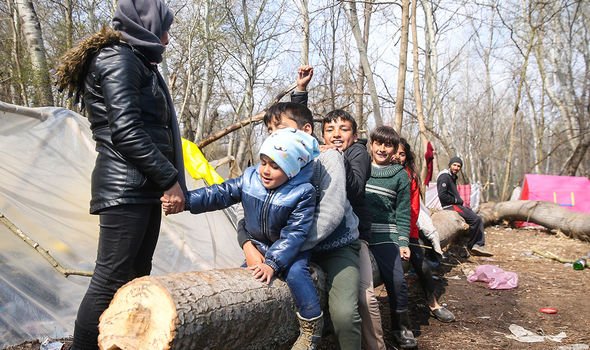 “There aren’t any first confirmed cases inside the camps on the islands, though there have been among the asylum seeking population.

“But we know we have had the first confirmed case on Lesbos and there are two more suspected cases so of course we are really concerned that once this hits such overcrowded spaces with very little health provision and very, very low hand-washing facilities this could wreak absolute devastation.”

The IRC has reported a worrying trend where the attitude of locals on the idyllic islands has changed dramatically – as people’s opinion shifted from being “welcoming” to the refugees towards them realising how the situation had now become “untenable”.

This has led to further pressure on the Greek government, which has decided to make its own stance by refusing to process applications for refugees who now come to the country.

That has left many of the thousands of travellers in limbo, and what the IRC believes could explain why around 50 percent of refugees in Greece have contemplated suicide.