Hundreds of dog owners and their four-legged friends gathered outside the Greek parliament to protest against government plans that will make the sterilisation of pets mandatory.

Dogs and their humans railed against the bill’s “abolition of amateur breeding, the backbone of dog loving”, as they described it in a statement.

Most of those present were hunters, who had previously protested against the ban on hunting last year in light of COVID-19 regulations. 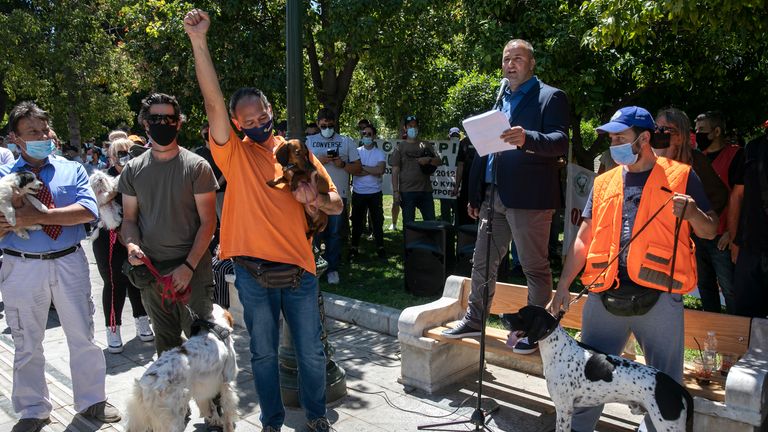 The bill targets “amateur breeding” by non-specialists – those who breed dogs for the money, according to government officials.

They add that there are sometimes abusive practices, including forcing female dogs to continuously breed for maximum profit before dumping them when they are of no further use.

However, those gathered in Syntagma Square in Athens on Sunday to protest against the proposed legislation felt differently, with one protester saying: “We are here to show our love to our children.

“They are not just our dogs, (they are) what we have been loving since we were kids and those who govern want to take them away from us.”

The draft bill is still at consultation stage, but will soon head to parliament for more scrutiny.