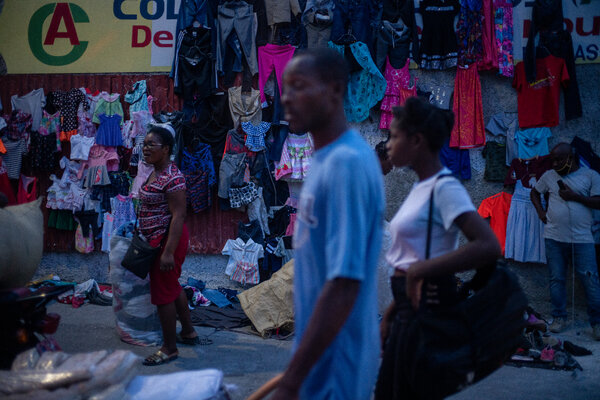 A shipment of 500,000 Covid vaccine doses from the United States arrived in Haiti on Wednesday, the first shots to reach a nation thrown into turmoil after the assassination of President Jovenel Moïse.

“The arrival of these vaccines is quite promising and now the challenge is to get them to the people that need them the most,” the P.A.H.O. director, Carissa F. Etienne, said in the statement.

Haiti is one of a handful of countries worldwide, and the only one in Latin America or the Caribbean, that have yet to begin a Covid vaccination program, leaving it at risk as the highly infectious Delta variant circulates the globe. The country has recorded fewer than 20,000 coronavirus cases and 487 deaths, according to New York Times data, but experts believe that number to be an undercount because of low levels of testing.

Marie Gréta Roy Clément, Haiti’s public health minister, said that the doses provided by the United States would be administered free of charge, but she did not specify who would receive the shots first. The U.S. shipment was of the Moderna vaccine, The Associated Press reported.

“This first allocation of vaccines puts an end to a long period of waiting,” Dr. Clément said, “not only for the Haitian population, but also for the people of the region who were very concerned that Haiti was the only country in the Americas that had not yet introduced the Covid-19 vaccine.”

Even before the president’s assassination on July 7, political instability and a lack of resources were hampering Haiti’s response to a new outbreak of the virus. Last month, administrators at a hospital outside Port-au-Prince, the capital, turned away patients because its wards were full. Hospitals have added beds, but doctors warn that there is not enough medical oxygen to treat patients if cases rise further.

Officials said that the United States would send more vaccines to Haiti soon, as the Biden administration speeds up the delivery of 12 million doses it has pledged for countries in the Caribbean and Latin America. About four million doses have been delivered so far, to Bolivia, El Salvador and Honduras, according to the Pan American Health Organization.