MADRID (Reuters) – Spain’s daily death toll from the coronavirus fell to its second lowest since mid-March on Saturday, as half the country prepared to move to the next phase of an exit from one of Europe’s strictest lockdowns. 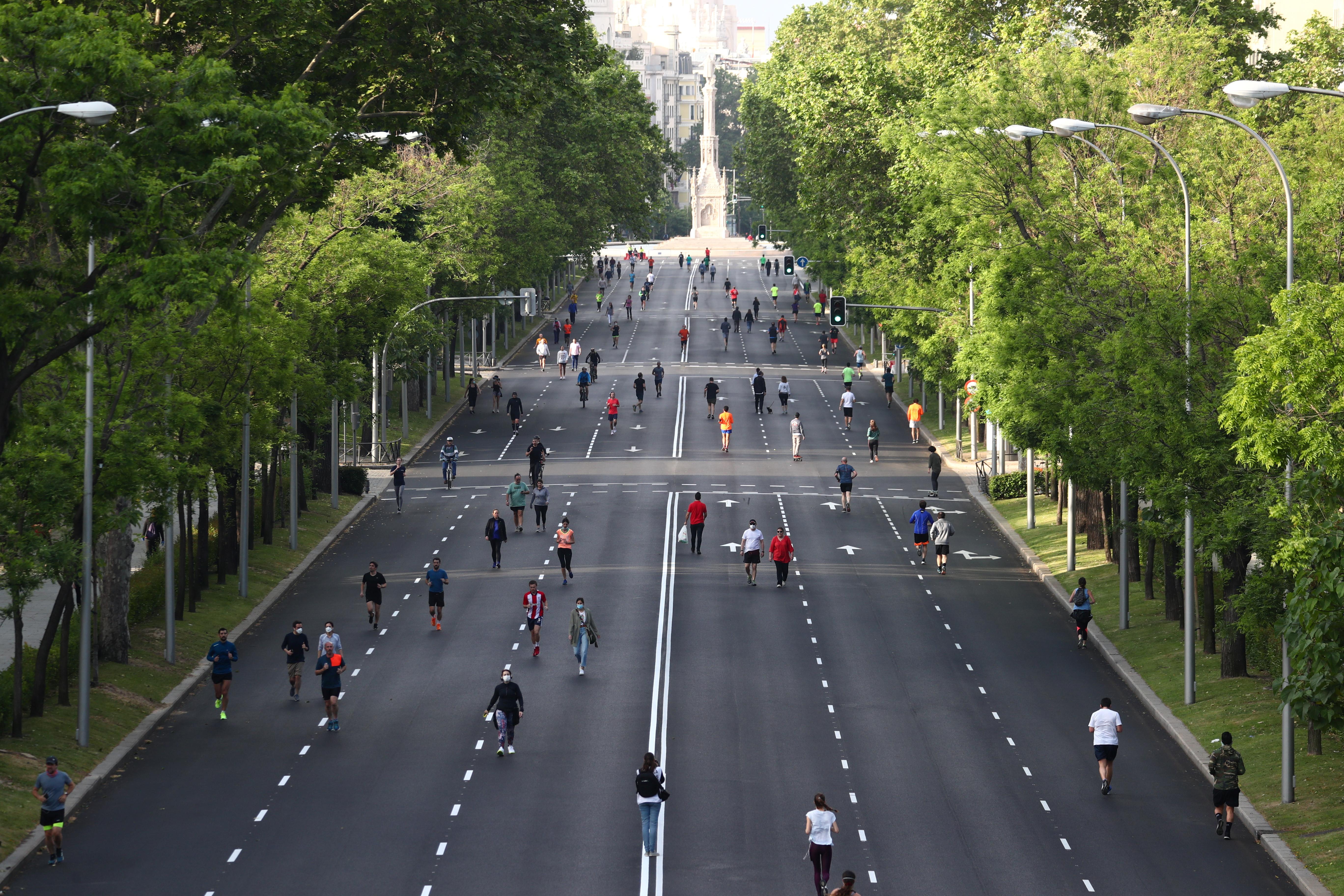 Spain began to loosen its lockdown this week, but Phase 1 will include a considerable easing of measures that will allow people to move around their province as well as attend concerts and go to the theatre. Gatherings of up to 10 people will be allowed.

The country’s daily death toll from the coronavirus fell to 179 on Saturday, down from 229 the previous day and a fraction of highs above 900 seen in early April.

“We’ve managed to retake 99% of the ground lost to the virus,” said Prime Minister Pedro Sanchez in a televised address on Saturday. But he warned people moving to Phase 1 to be “prudent” and “cautious”.

He said a national period of mourning would be called once the whole country had passed to Phase 1.

Some 51% of the population will progress to Phase 1 of a four-step easing plan on Monday after the government decided the regions in which they lived met the necessary criteria.

In regions that made the cut, such as the Canary and Balearic Islands, bars, restaurants and shops will open at reduced capacity, and museums, gyms and hotels will open their doors for the first time in nearly two months.

The country’s two biggest cities – Madrid and Barcelona – do not currently meet the criteria for easing and will remain on Phase 0.

Emergency Health Chief Fernando Simon on Saturday urged Spaniards not to think of it “as a race” and said it was possible Madrid would be ready to move onto the next stage within a week.

Still, some regional governments were unhappy about being held back on Phase 0.

Andalusian leader Juanma Moreno, a member of the opposition People’s Party, complained he had not been able to submit an easing proposal based on administrative health districts rather than provinces, as other regions such as Catalonia had done.

“I will ask that this decision be reviewed and the same criteria be applied to us as to the others,” he said.

The Madrid region’s deputy president Ignacio Aguado on Friday said he “regretted” the government had not allowed Madrid to move forward and said it would apply to move to Phase 1 on May 18.

The government will still encourage homeworking where possible and companies will have to implement staggered start and finish times to ensure distancing measures.

In a positive step for Spain’s tourism industry, which contributes around 12% of economic output, hotels will be allowed to open all rooms and nature tourism will be allowed for groups of up to 10.

Scores of joggers and cyclists poured down Madrid’s six-lane Castellana Avenue on Saturday morning, one of several major transport arteries closed off to vehicles for the weekend.

“I think it’s really good, what they’ve done with the Castellana is fantastic,” said Madrid resident Carlos de la Torre, out for a morning jog. 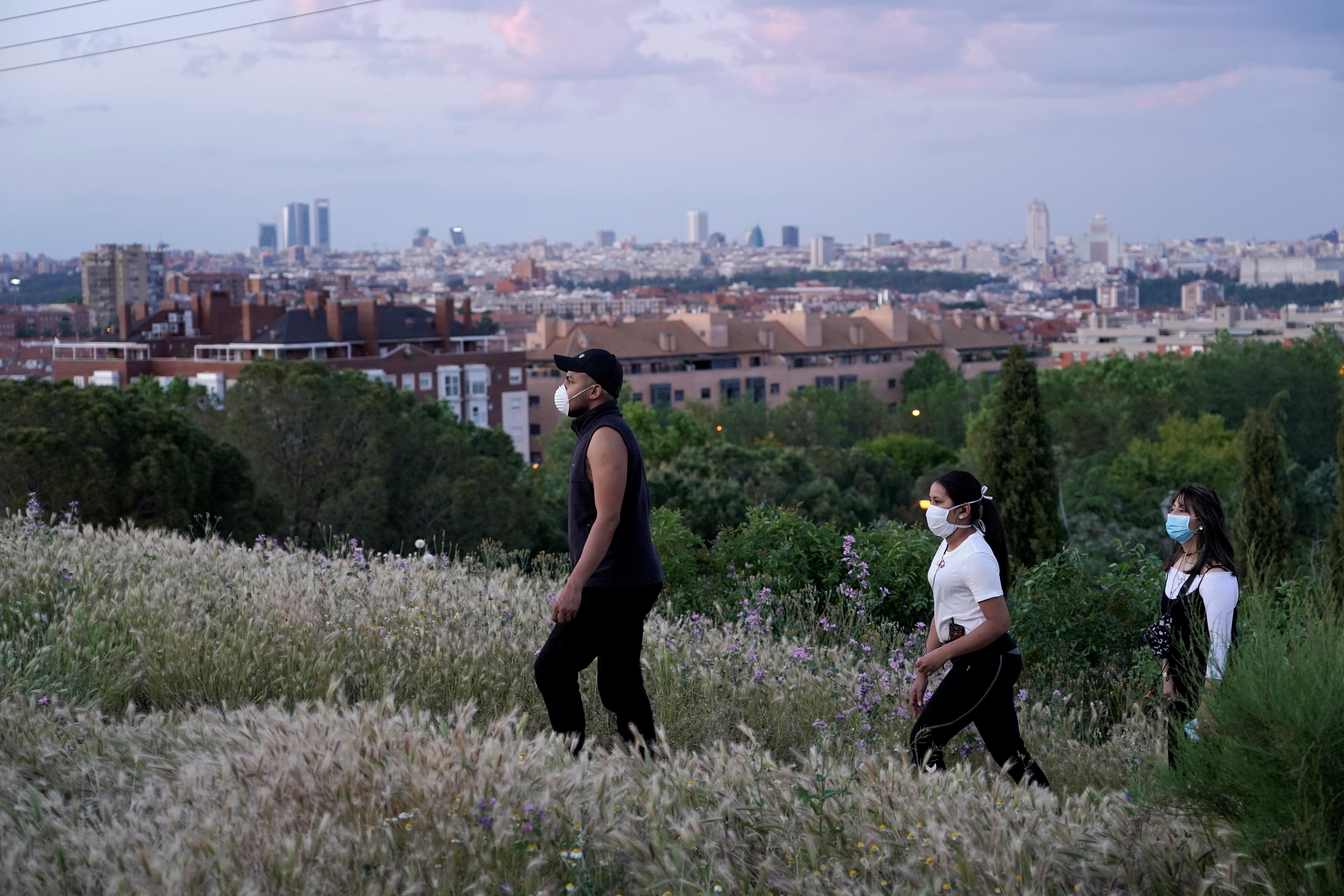 Madrid’s city hall pedestrianized 29 roads over the weekend to prevent crowds from building up where runners and walkers are forced to share pavements and walkways.

“There’s so much space between people, I think it’s great,” she told Reuters. “The bike lanes are packed with runners, walkers, as well all the cyclists. This gives us some room to breathe.”