BBC Weather: UK set to be hit by snow showers

Snow blanketed several regions of the UK over the weekend, and many are wondering whether further snow could be making an appearance this week. Britain has certainly seen a cold start to the week, with icy stretches wreaking havoc as the snow started to melt on Monday. But even more snow is forecast to hit the nation again today.

On Tuesday, January 26, WXCHARTS minimum temperature forecast maps show the temperature could plunge as low as -4C in some parts of the UK this morning.

Scotland is forecast to see the coldest minimum temperatures, however some parts of northern England and the Midlands could also see temperatures in the minuses.

The Met Office has issued several weather warnings for snow and ice across the UK on Tuesday.

Parts of Scotland and northern England are under a yellow snow warning from 11am until 11.59pm on Tuesday. 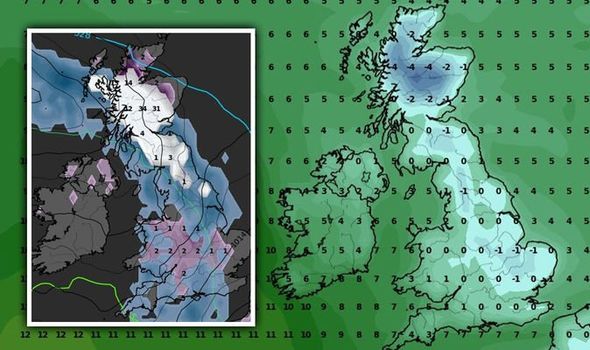 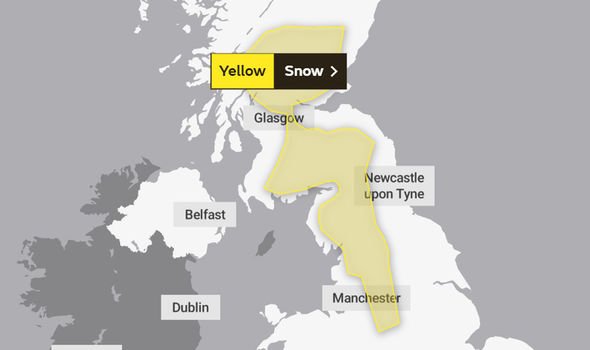 The Met Office snow warning states as much as 10cm, or approximately four inches, of snow could fall over some parts of the UK.

The warning reads: “A spell of hill snow will develop during Tuesday late morning and afternoon.

“Over northern England and southern Scotland, snow will initially fall down to approximately 200-300m before gradually becoming confined to areas above 400m during the course of the afternoon.

“Here, accumulations will be mainly above 300m where 2-5cm snow is likely for some and above 400m 5-8cm is possible in a few places. 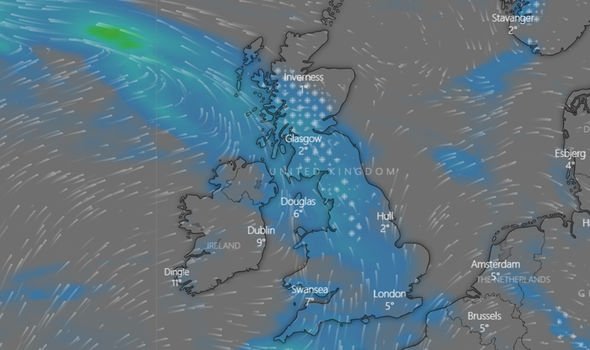 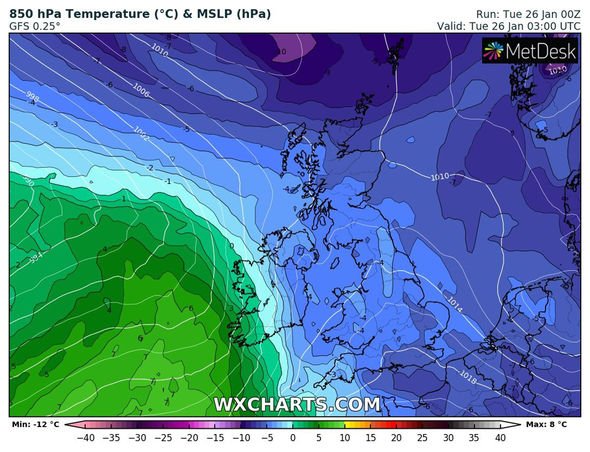 “Further north, hill snow will be more prolonged and 2-5cm snow is likely above 200m and in some places 5-10cm is possible above 400m, most likely over the southern Grampian Mountains.”

Additionally, a yellow ice warning has been issued for most of Wales, along with parts of the Midlands, northern and southern England.

The Met Office warns “icy stretches may cause some travel disruption”, and the warning is active until 10am on Tuesday morning.

A yellow ice warning also covers Northern Ireland until 10am on Tuesday. 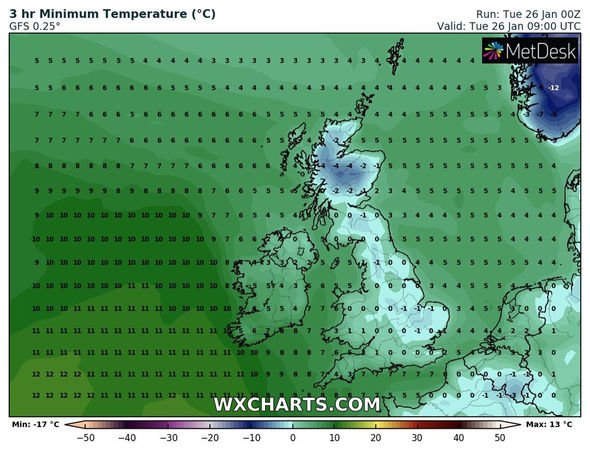 In addition to icy patches, the Met Office warns of hill snow in Northern Ireland over areas above 200m.

In terms of snow depth, the heaviest snow depth is forecast for parts of Scotland.

As much as 32cm, or approximately 12 inches, of snow could accumulate in some parts of the region. 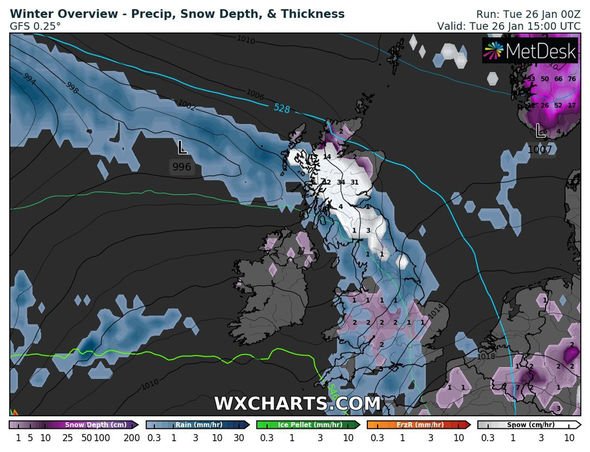 Snow depth is also forecast for many parts of England and Wales today, and the charts also show some rain could appear for much of the UK.

This morning the Met Office tweeted urging people to allow extra time for any essential journeys due to the weather conditions.

The Met Office also signalled some milder air is approaching the UK today.

The meteorological agency tweeted: “Another #cold start for many, with #ice in places.

“However, #mild air is beginning to creep into the far west of the UK…”

The Met Office forecast for Tuesday states there will be “early cloud, rain and hill snow” over Northern Ireland, Wales and south-west England, which will move eastwards.

The rain will then stall “over south and central Scotland” later in the day, and further “snow accumulations” could settle over the hills.

While it will turn milder in the west, the Met Office said Tuesday will feel cold for many.

Tuesday night is forecast to be “less cold for many than recent nights”.