Hillary, 72, and Chelsea, 40, wrote a book together called ‘The Book of Gutsy Women’, and the former First Daughter spilled the beans on how difficult it was to work with her mother. The pair appeared on The Graham Norton Show in November 2019 and Chelsea explained that her mother writes her drafts longhand, instead of using a computer. She would then send Chelsea pictures of the pages, leaving her to try and work out what was written.

Chelsea said: “I knew that my mother wrote long-hand because I had read previous early book drafts of her prior books, but I didn’t understand what that would mean for our collaboration together until we really got into working together.

“I guess I should say I type on a computer, because it’s 2019, so I would write a draft of a woman and save it and send it to her.

“And then my mother would send me her drafts of the women whose biography she had been working on, but the way I would receive those would be single pages sent in a photograph. 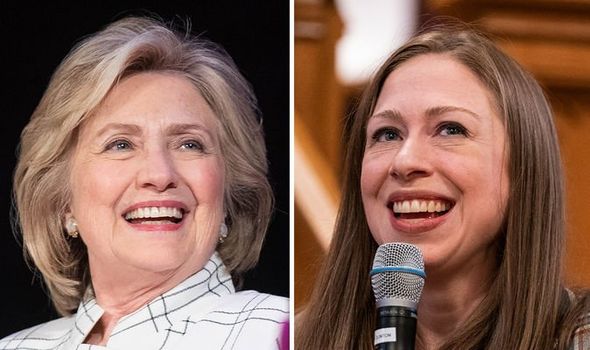 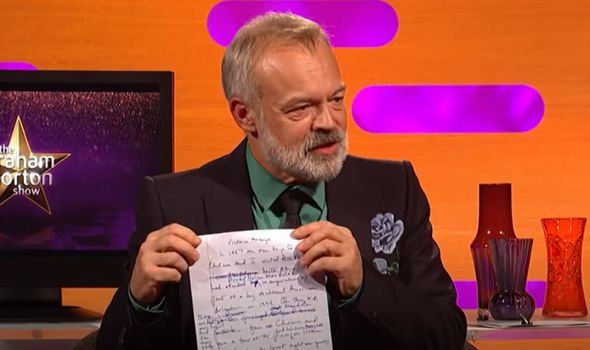 “So arguably I worked more because it took a while to figure how to decipher all of her handwriting and figure how to unlock all the attachments.”

TV chat show host Graham Norton then pulled out an example of Hillary’s drafts he had been given.

Chelsea exclaimed: “Oh you have evidence!”

Graham asked if it was real, which they both confirmed that it was. 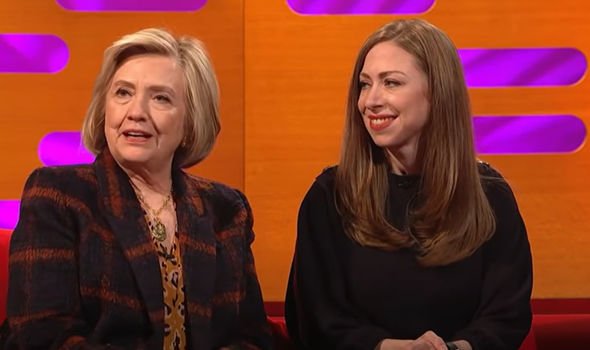 He held up a sheet of paper with some scruffy writing on it in blue ink, with plenty of crossings out and arrows to new information.

Graham said: “I mean, a photograph is all very well, but you still have to be able to read it,” to which Hillary insisted it was “totally legible”.

The TV host laughed and pointed to one particularly scrawny bit of writing and said: “That doesn’t look that legible, Hillary.”

Hillary explained that she is “just of that generation” where she thinks better when she writes in longhand. 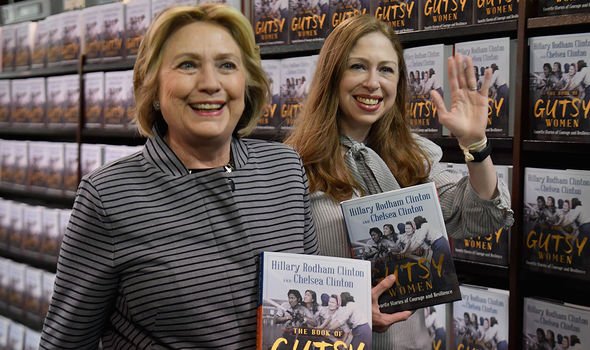 She added that other authors also write in longhand, which Chelsea said was her “main defence”.

Comedian David Mitchell, who was sharing the sofa with the Clintons, joked that all writers until the beginning of the twentieth century wrote longhand.

Chelsea maintained that she has “no sympathy” for her mother, adding: “What she really wants to tell you is who else writes longhand.”

Margaret Atwood is a prolific poet and novelist from Canada, who wrote The Handmaid’s Tale, while Barack Obama is of course the former US President.

Chaucer is an English poet from the 14th century, most famous for writing The Canterbury Tales, and will of course have written the old-fashioned way.

Earlier on in the interview, Hillary explained how they went about working together to write the book, which contains short biographies of 103 inspiring women, both contemporaries and from history. 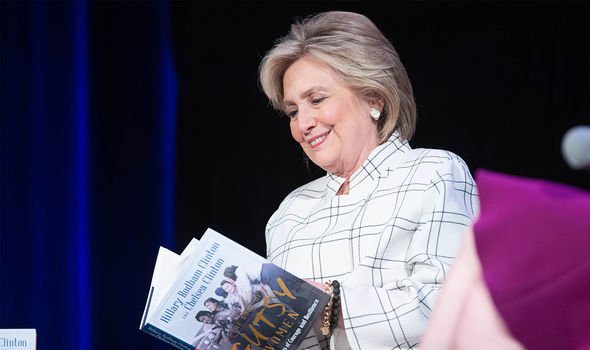 She said: “We started off with long long lists of hundreds of women that we both admire and are inspired by and we had to keep cutting it down and finally got to the 103 that are in the book.

“But it was a joy to work with [Chelesa] because we are both on the same wavelength in terms of what we wanted to say and the kinds of people we wanted to write about.

“I think Chelsea would probably tell you that it was a little more challenging of a process for her than it was for me.”