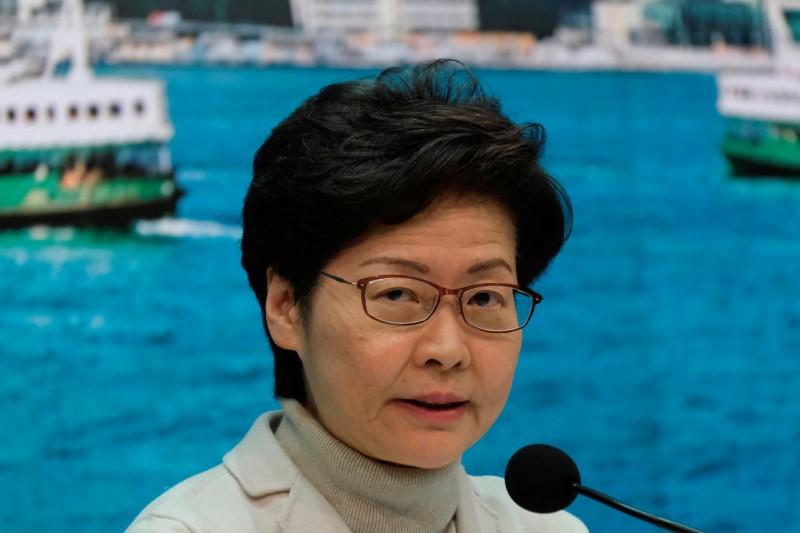 HONG KONG (Reuters) – Hong Kong leader Carrie Lam said on Wednesday the replacement of several ministers was aimed at reviving the coronavirus-hit economy and was unrelated to recent remarks by institutions in mainladn China reaffirming Beijing’s authority over the city.

Ratcheting up tensions in the past week, Beijing’s top representative office in the city enraged democrats when it said it was not bound by a law that restricts interference by other mainland Chinese agencies in the former British colony.