The government says ‘crimes’ of 12, picked up at sea as they tried to get to Taiwan, fall under mainland jurisdiction. 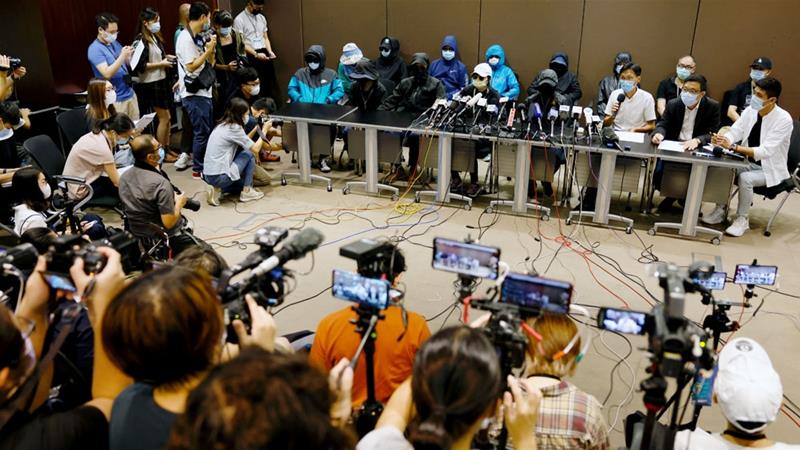 Hong Kong’s government says it will “not interfere” in the arrest by mainland Chinese authorities of 12 residents who were detained as they sought to flee to Taiwan by sea despite pleas from their families, as it emerged that Taiwan was holding five other people from Hong Kong who had also fled by boat.

In a statement late on Sunday, Hong Kong authorities said they had received requests for help from the families of the group who were detained last month by mainland law enforcement for illegal entry into mainland China as they were trying to make their way to Taiwan.

“The relevant crime falls within the jurisdiction of the mainland and the special administrative region government respects and will not interfere with law enforcement actions,” Hong Kong’s government said.

The group was suspected of committing “various criminal offences” in Hong Kong, it added, as it urged the families to make use of a free legal consultation service provided.

Taiwan, meanwhile, admitted it was holding five Hong Kong residents who were found by the coast guard on the Pratas Islands, which are controlled by Taiwan.

The self-ruled island has opened its doors to people from Hong Kong, which has been rocked by months of sometimes violent protests and where China recently imposed a controversial national security law, but has said they must arrive legally.

Five sources confirmed to Reuters, the five were in Taiwan and currently at a coast guard facility in the southern port city of Khaosiung.

Asked about the group, Premier Su Tseng-chang stressed the government’s commitment to people from Hong Kong.

“As for the help to Hong Kong people, certain individual cases we cannot reveal,” Su said. 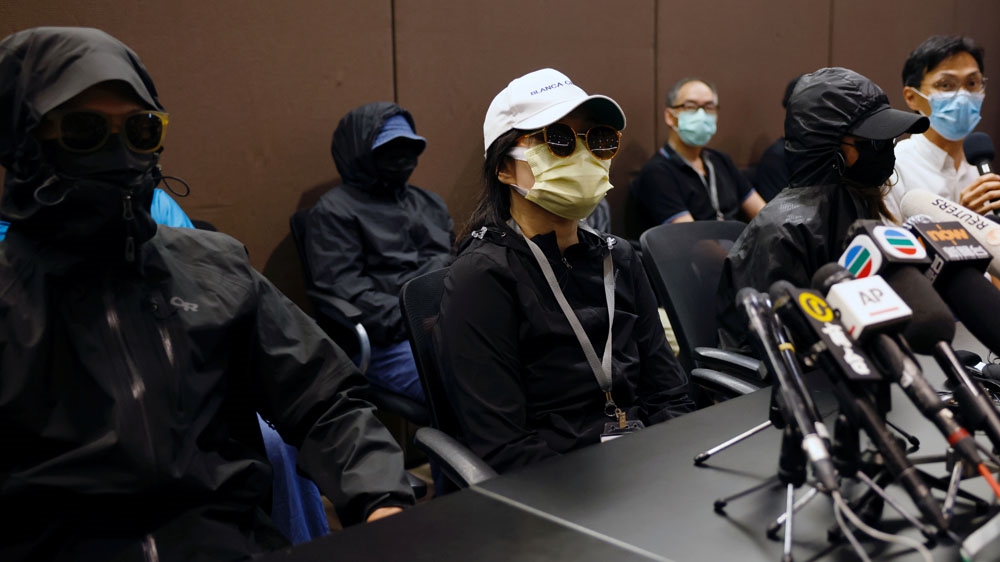 China’s Global TImes, a state-owned tabloid, seized on the detentions to claim Taiwan’s promises to Hong Kong were “fake”. Communist-controlled China claims Taiwan as its own territory.

Relatives of the 12 detainees held in mainland China demanded their return at a news conference in Hong Kong over the weekend. The group was intercepted by the Guangdong coast guard on August 23 on a boat bound for Taiwan.

A 16-year-old boy is the youngest detainee, and several need medication, relatives said.

The arrests came about two months after Beijing imposed a security law on the territory following months of pro-democracy demonstrations.

Critics have said the law has pushed Hong Kong onto a more authoritarian path.

China’s foreign ministry said on Sunday that the arrested people were separatists, after the Department of State in the United States characterised the arrest as a deterioration of human rights.

Spokeswoman Morgan Ortagus had tweeted the arrests were “another example of the deterioration of human rights in Hong Kong”, and called on mainland authorities to “ensure due process”.