HONG KONG (Reuters) – Some of the 15 pro-democracy activists arrested in police raids in Hong Kong showed defiance on Monday as they appeared in court to hear charges of participating in illegal anti-government demonstrations last year. 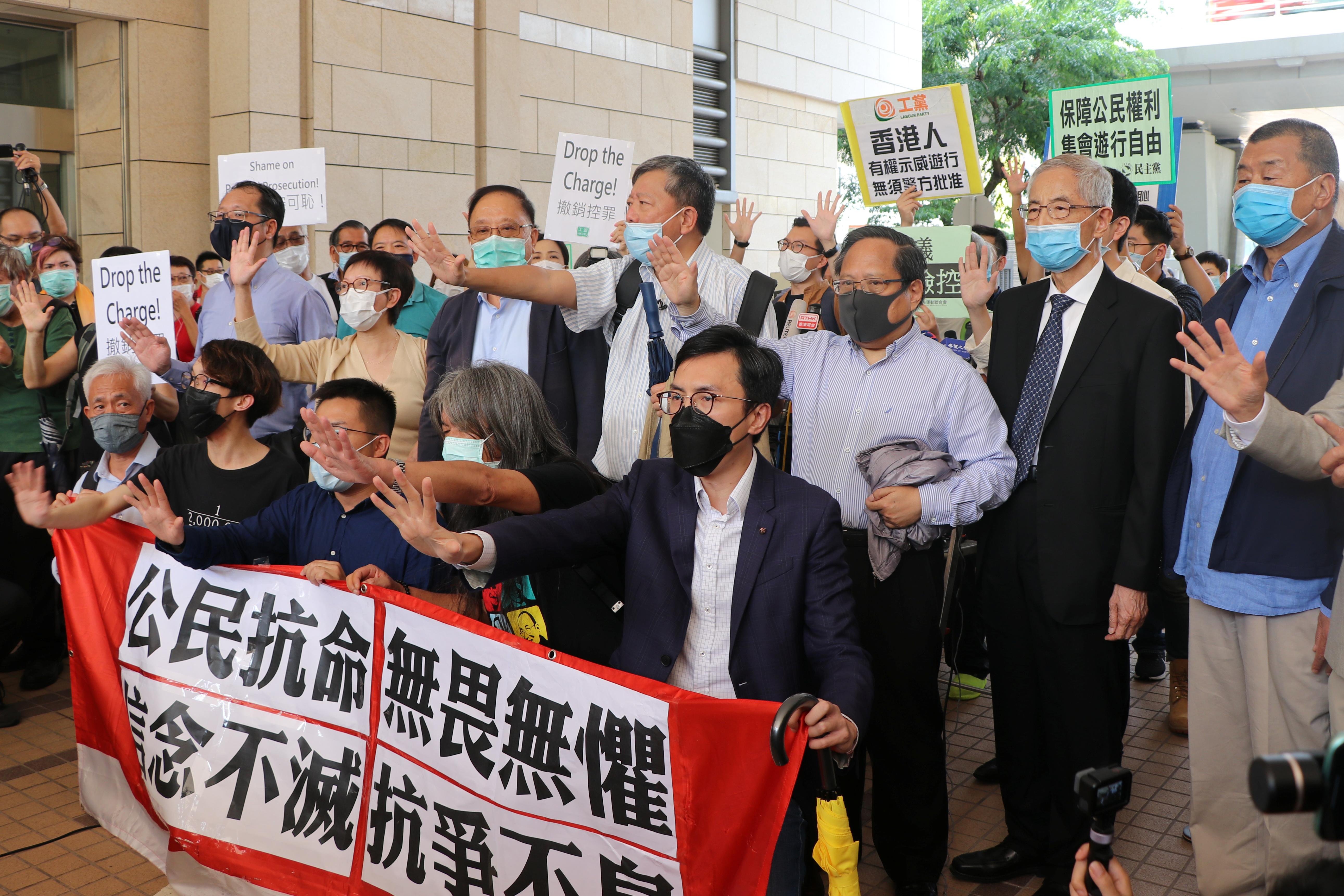 Veteran politicians, a publishing tycoon and senior lawyers were among those arrested last month in the biggest crackdown on the movement’s key figures since the protests began. The move drew criticism from rights activists and Western politicians.

At the time, China’s Hong Kong and Macau Affairs Office called the arrests “normal law enforcement measures” made on the basis of evidence gathered by police, adding that certain “radicals” were blind to the interference of outside forces.

The West Kowloon magistrates’ court granted bail to all the defendants and adjourned the case until June 15 at the prosecution’s request. Several defendants made defiant remarks when asked if they understood their charges.

“Demonstrating is not a crime,” Figo Chan, the vice-convenor of the Civil Human Rights Front, responded. “I understand this.”

Raphael Wong, an activist with the League of Social Democrats, said “I understand this is political prosecution.”

The Hong Kong government and police denied the arrests were politically motivated, saying they were in accordance with the rule of law.

In all, one serving and nine former legislators were arrested, including veteran activists Lee Cheuk-yan and Yeung Sum.

Last year’s sometimes violent protests in the Chinese-ruled city began over a proposed bill that, if passed, would have allowed criminal suspects to be extradited to mainland China for trial. But it was later scrapped.

Dozens of rival pro-democracy and pro-Beijing supporters gathered outside the courtroom, where proceedings could be seen on a screen. Western diplomats were present inside the court.

This month, United Nations human rights experts had urged authorities to drop the prosecution, provoking a strong rebuttal from Beijing.

The arrests came amid a period of relative calm on the streets as the scale and frequency of protests ebbed since January, amid social distancing measures adopted in Hong Kong to guard against the coronavirus outbreak.

But as the virus is being curbed, demonstrations have picked up again, drawing hundreds of participants, and are expected to gather steam as anger simmers amid a renewed push by authorities for tougher national security legislation in the city.

Britain returned Hong Kong to China in 1997, and the territory was promised a high degree of autonomy for 50 years under a “one country, two systems” arrangement that has helped it thrive as a world financial centre.