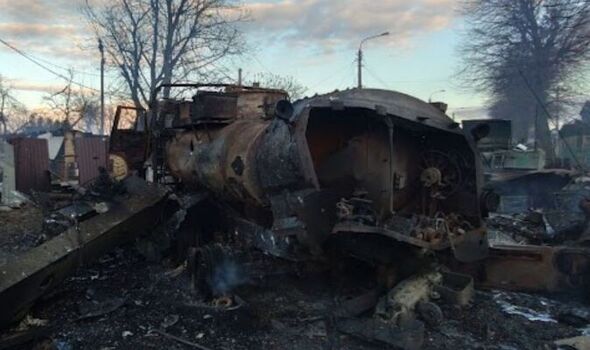 Ukraine’s army is believed to have reclaimed control of the town, which is located just outside of Kyiv, but it has been devastated by fighting and relentless Russian shelling.

He said the streets are littered with corpses after bombardment by Russia’s army before Ukraine’s troops “liberated” the town and Russia withdrew its forces.