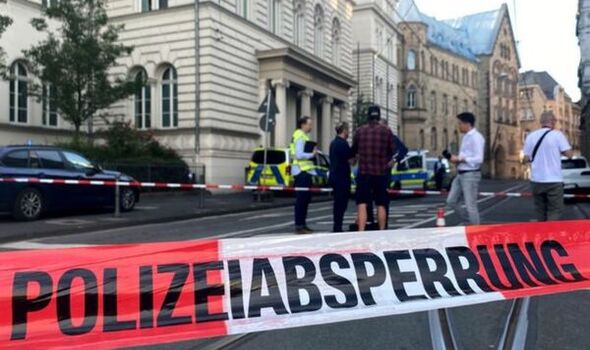 The shocking moment was observed by witnesses in the middle of Old Town Bonn yesterday, June 28, at around 5.40pm. People watched as he laid a severed man’s head in front of the main entrance of Bonn Regional Court.

The police were immediately alerted.

According to initial findings, the suspect was identified as a 38-year-old man.

An eyewitness told BILD: “Afterwards, the man just sat there a few metres away from the head.

“He did not resist arrest.” 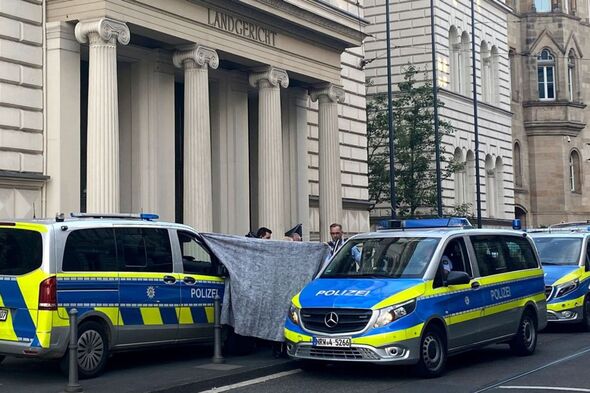 According to BILD, the rest of the body was found shortly afterwards on the banks of the Rhine near Alter Zoll, just over half a mile from where the head was discovered.

On Tuesday evening, the police covered the spot where the body was found with black foil and closed the entire street.

Police spokesman Robert Scholten explained: “We are currently working with the homicide squad.

“We will inspect both places of discovery and interrogate the provisionally arrested man.”

The criminal investigation department is investigating the crime and is currently looking into the cause of death.

According to BILD, the victim is a 44-year-old man.

It is still unclear what the relationship between the two men was and whether they knew each other. 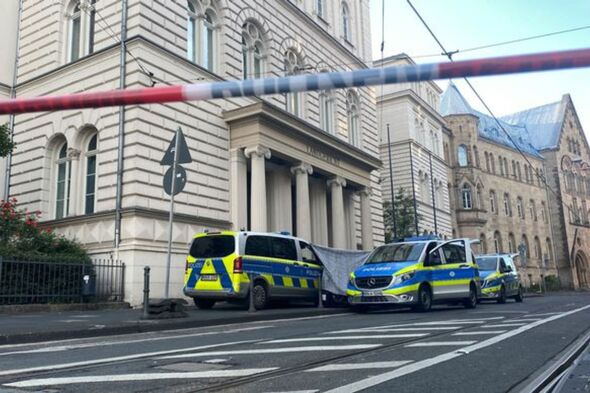 The murder weapon has also not yet been found.